Mario + Rabbids Sparks Of Hope – How To Unlock Rabbid Rosalina 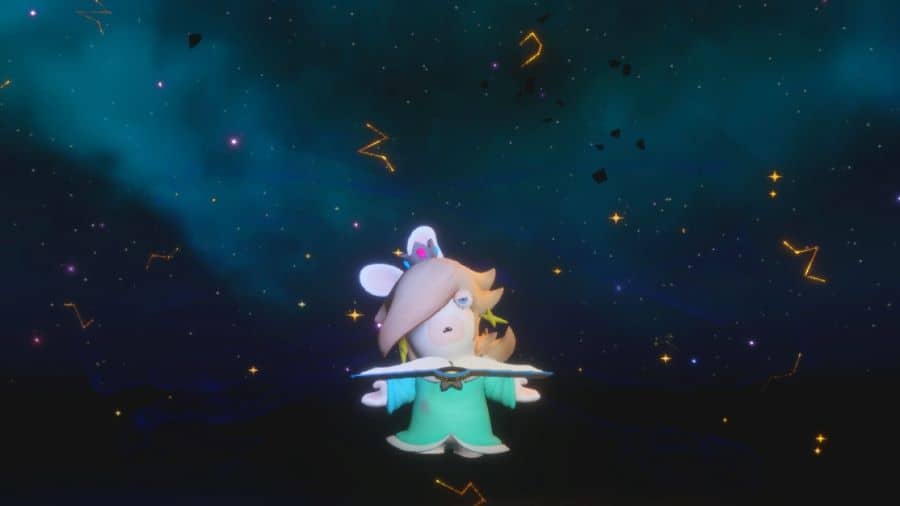 Mario + Rabbids Sparks Of Hope expands on Kingdom Battle in every way, with new worlds to explore, enemies to battle, and mechanics to learn. And of course, new characters to meet. Sparks of Hope continues the trend of introducing Rabbid doppelgangers of classic mushroom kingdom characters, and now it’s Rosalina’s turn. The lady of lumas has been recast as a bored bunny, and she’s incredibly useful to have at your side in battle.

We’ll show you how to unlock Rabbid Rosalina in Mario + Rabbids Sparks Of Hope, allowing you to add her to your team as soon as possible.

The good news for players excited to meet Rabbid Rosalina is that she’s unlocked automatically as you progress through the story. However, it can take a while for her to show up, leading players to wonder when exactly she’ll become playable.

Rabbid Rosalina appears at the very end of Sparks of Hope’s second world, Pristine Peaks. To find her, you’ll need to shut down the masks causing a blizzard on the mountain, and then proceed into the Winter Palace.

Once inside the palace, destroy the darkmess in the entrance hall, then proceed into the ballroom. Here, you’ll need to complete several puzzles to progress. First, you’ll have to move through a hedge maze and carry a key to the end, all the while dodging patrolling enemies. Then, you’ll proceed through hallways full of fake doors, with the right choice buried behind cracked walls.

With both puzzles complete, interact with the newly unlocked ballroom device to align constellations on the ballroom floor. With the constellations lined up, you’ll unlock the path to Sparks of Hope’s first true boss fight.

Rabbid Rosalina is one of your most powerful party members in Mario + Rabbids Sparks of Hope, boasting excellent damage and battlefield control. Her primary fire is a rapid cannon that deals a huge number of small hits, quickly racking up incredible damage with a high crit rate. And Rabbid Rosalina isn’t just a damage character, she can apply the Stasis effect and lock enemies in place for multiple turns in a row.