Update: Ubisoft has officially confirmed the Mario + Rabbids Sparks of Hope release date, and it is, indeed, October 20th.

The game featured in today’s Nintendo Direct Mini partner showcase. (It’s at the eleven-minute mark.) Check it out below.

A date of October 20 was added to the strategy game’s Spanish Ubisoft Store listing last night. Though said date and page has since been scrubbed, it wasn’t before screenshots of the date were posted to Twitter. As Wario64 (and several others) noted from the listing, it seems the game will also be getting a Gold Edition. Similar to the first game, it seems this version will include a Season Pass with DLC and a special Galactic Prestige Pack.

There’s been no confirmation from Ubisoft at the time of writing on the listing just yet. However, the timing would track with what the company said to investors during its earnings report back in May. At the time, Chief Financial Officer Frederick Duguet claimed the game would release in the second half of the current financial year, meaning some time after the first of October.

Mario + Rabbids Sparks of Hope was first revealed last summer. A sequel to Switch launch title Mario + Rabbids Kingdom Battle, it sees Mario’s world invaded by Ubisoft’s chaos-causing mascots. The unlikely pairing resulted in an excellent turn based strategy game. “While Mario + Rabbids Kingdom Battle may have been the crossover that no one wanted,” said Colm in our review at the time. “It’s materialised as a really good one with some interesting systems, despite its smattering of shortcomings. It shouldn’t work, but it does.”

Hopefully, we’ll be getting an official confirmation on a release date for Mario + Rabbids Sparks of Hope very soon. It’ll be exclusive to the Nintendo Switch whenever it does arrive. 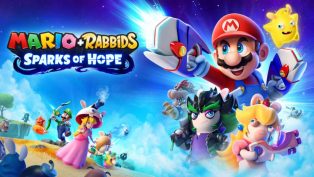