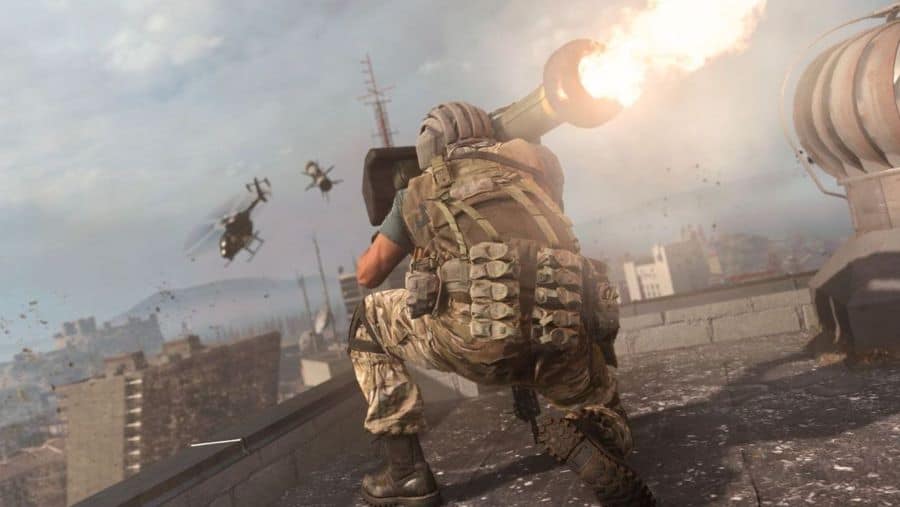 The JOKR launcher is an explosively powerful subweapon in Call of Duty: Modern Warfare 2. The JOKR’s barrage of missiles can be so powerful, you’ll wish its ammunition weren’t in such short supply.

Still, this rocket launcher is extremely good in its specific area, taking out vehicles and killstreaks with accuracy and ease. It’s a great alternative to the slightly less refined PILA.

NOW READ: Here’s what to pair your PILA with in Modern Warfare 2

Hence, the JOKR is a perfect companion on Modern Warfare 2’s Ground War maps – so long as it’s paired with a strong supporting weapon, ideally a machine gun.

We’ll help you make the best of the JOKR launcher with our Modern Warfare 2 guide.

The JOKR trades out the reliable, versatile backup of the X12 and X13 Auto subweapons for brief bursts of damage that can have a huge impact when used at the right time.

The JOKR’s ammo is extremely limited, with a single rocket per clip and only one rocket in reserve. While this ammunition can be restocked in a variety of ways, by default you are unable to rely on the JOKR launcher as a primary weapon.

When wielding the JOKR, finding the right time to unleash its rocket barrage is crucial. Pick the targets that will have the most impact to bring down, whether they be killstreaks, vehicles, or a large chunk of the opposing team all bunched up together.

Modern Warfare 2 – Best Perks To Equip With The JOKR

Providing a reliable way to restock your ammo, the scavenger perk increase the effective uses of the JOKR launcher per life, making it a worthwhile pick for this loadout.

You’ll want the rest of your loadout to be performing at the top of its game when wielding the JOKR launcher. Overclock drastically increases how often you’ll be able to use your field upgrades. Take along an upgrade that’s complimentary to the JOKR or its primary weapon and you’ll begin to see much greater rates of success for your loadout.

Modern Warfare 2 – Best Tactical Equipment to Use With the JOKR

A piece of equipment that serves as a versatile option for offense or defense, blinding enemies and leaving them temporarily vulnerable.

An additional option for dealing lethal damage, that can function as a second subweapon of sorts, compensating for the JOKR’s low ammo count. The Throwing Knife is also considerably quieter than a barrage of rockets, allowing you to dispatch enemies quickly without giving away your position.

The Pila is currently unable to be modified in the Gunsmith, but if this changes we will let you know.

Modern Warfare 2 – Best Weapons to Pair With the JOKR

A long-range, brutal Battle Rifle that allows you to pick enemies off with highly accurate fire. While its efficacy may dwindle in close-up firefights, the FTAC Recon will let you control engagements from a distance.

A fast, deadly option that excels in most encounters. Though slightly weaker than it was initially, the Lachmann Sub still excels as a primary weapon, and the JOKR launcher will pair well as an additional option.

What Is the Best JOKR Loadout in Modern Warfare 2?

How To Unlock the JOKR In Modern Warfare 2?

Level up until you reach rank 35 and the JOKR will become available to use.