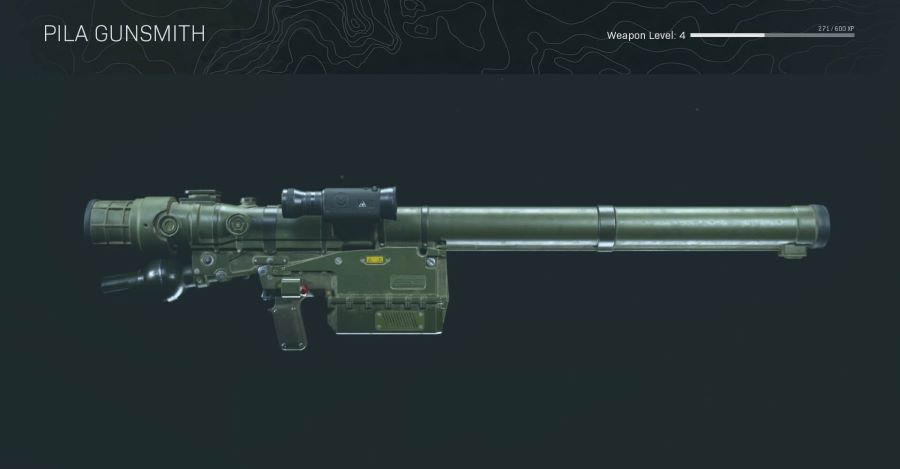 The Pila Launcher is an optional subweapon in Modern Warfare 2. The Pila stands alongside the JOKR as surprisingly accurate rocket launchers that can lay waste to anything they connect with.

It may not fire as fast or have the ammo capacity of the X12 and X13 handguns, but the Pila is just as valid a choice for taking along in any of your loadouts, especially if you’re playing Ground War.

We’ll help you out when wielding the Pila Launcher with our Call of Duty guide.

The Pila’s lock-on feature can prove a true menace to enemy vehicles and will handily shut down killstreaks that are harassing your team. It’s perfect for large scale battles in Ground War, where they are tons of enemy vehicles that are largely resistant to bullets.

Even without the lock-on though, the Pila’s scope and explosive ordinance cause some real damage and disruption to the opposing team from quite a distance away.

NOW READ: Can you play the MW2 multiplayer early using this trick? Yes, but it could get you in trouble

When using the Pila launcher, try not to fire haphazardly. Make the most of your limited ammo if you want the Pila to have the most impact it can in each match.

It goes without saying that the launcher is severely impaired in close quarters combat, with the capability of causing massive damage to yourself if handled poorly. Make sure you are pairing this weapon with a suitable machine gun – as we discuss later – to avoid any flowing weaknesses in your loadout.

Modern Warfare 2 – Best Perks To Equip With The Pila

Balance out your extremely limited ammo supply by being able to restock from dead enemies. Use your main weapon to take foes down and recover ammunition for use with the Pila.

Rack up killstreaks quicker and focus on defeating your opponents with overwhelming firepower. Hardline will give you an edge on your opponents as long as you can stay alive long enough to activate your killstreaks.

Modern Warfare 2 – Best Tactical Equipment to Use With The Pila

Staying alive long enough to reach your higher killstreaks can be a daunting task, but the on-demand healing provided by the Medical Syringe makes it that much easier.

Double down on explosive power and disrupt bunched-up enemy squads with the Molotov. This flaming projectile will deal heavy damage and soften enemies up for the kill, perfect at closer ranges and when the Pila’s ammo is in short supply.

The Pila is currently unable to be modified in the Gunsmith, but we’ll let you know the best attachments if they do become available.

Modern Warfare 2 – Best Weapons To Pair With The Pila

An incredibly fast, deadly tool at close to mid-range. The Kastov outperforms most other weapons when you get the drop on your opponents and will balance out the Pila’s lack of close-range utility.

A long-range option that will synergize with the Pila to make you a terror to far-off opponents.         Ammunition may become an issue, as the Lockwood also suffers from a limited clipsize and backup magazine, but the Scavenger perk should offset any potential resource scarcity.

What Is the Best Pila Loadout in Modern Warfare 2?

How To Unlock The Pila in Modern Warfare 2?

The Pila Launcher is available right away as a subweapon in MW2. Select a custom loadout and you will be able to equip it with whatever weapon you wish.