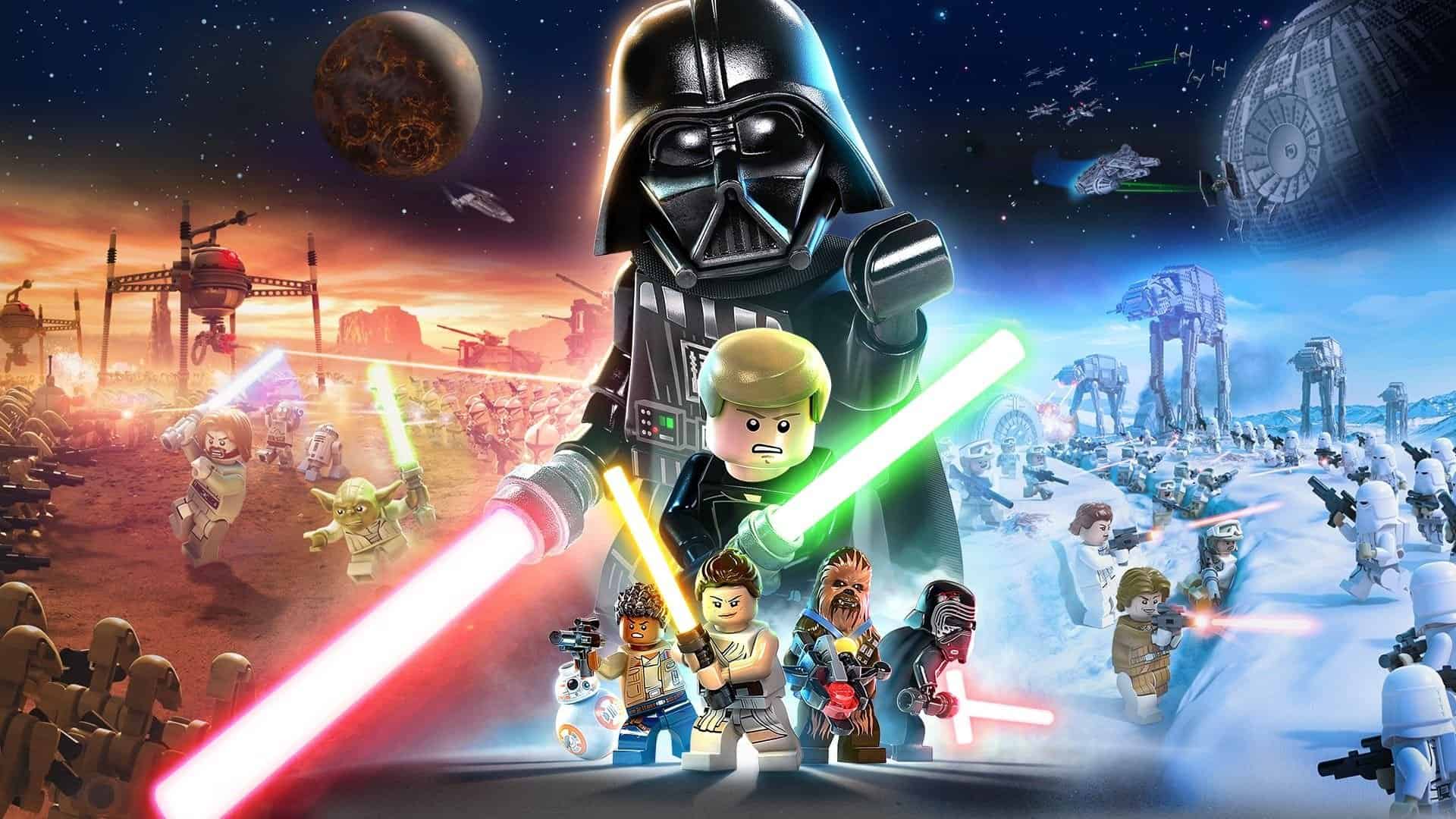 One of the astonishing things about the Lego Star Wars games has always been the distinct improvement that they have marked on the movies. It was a great relief watching The Phantom Menace sabred down to size, the dialogue mercifully removed, and the performances somehow less plastic than before. It turns out that the aesthetics of George Lucas are not only unspoiled by their transition from flesh and cloth to acrylonitrile butadiene styrene; they are enhanced, brick by brick, with a non-toxic brightness. Something just clicks into place.

Now, Lego Star Wars: The Skywalker Saga has happily landed, offering three trilogies’ worth of action. The developer, TT Games, has taken after Lucas and put its previous work under a computerised scalpel. The first game in the series, Lego Star Wars: The Video Game, was released in 2005, and delivered us digital Lego—with a smooth and textureless glow, and characters composed of oblivious yellows and blank smiles. The whole thing resembled not quite Lego but its Force-powered ghost. What we get here are lavish remakes, with surfaces that bear the specks and smudges of a world well thumbed. Witness the combed-back tresses of Qui-Gon Jinn, with their hard brown waves and creamy shine; they look like really good hazelnut chocolate.

Similar mouldings occurred in the remake of The Legend of Zelda: Link’s Awakening, in 2019. The developer of that game, Grezzo, opted for a vision of acrylic cuteness, on the grounds that the original, released for the Game Boy, had grown into a cherished plaything, and that legends were there to be toyed with. That is the spirit with which Lego Star Wars: The Skywalker Saga proceeds. There is no real irreverence here, only the careful ruffling of a rigid image. The only genuine shock I have found is that Jar Jar Binks is actually funny now. He blunders through the backgrounds of cutscenes, with a tongue like the pull cord on a leaf blower and ears of blurry flappitude. Other features include: full voice acting, though with fewer stars than the previous game, Lego Star Wars: The Force Awakens, was studded with; a dynamic third-person camera, allowing you to swivel through its dioramas; and, of course, the Legofied versions of the final two films, The Last Jedi and The Rise of Skywalker. 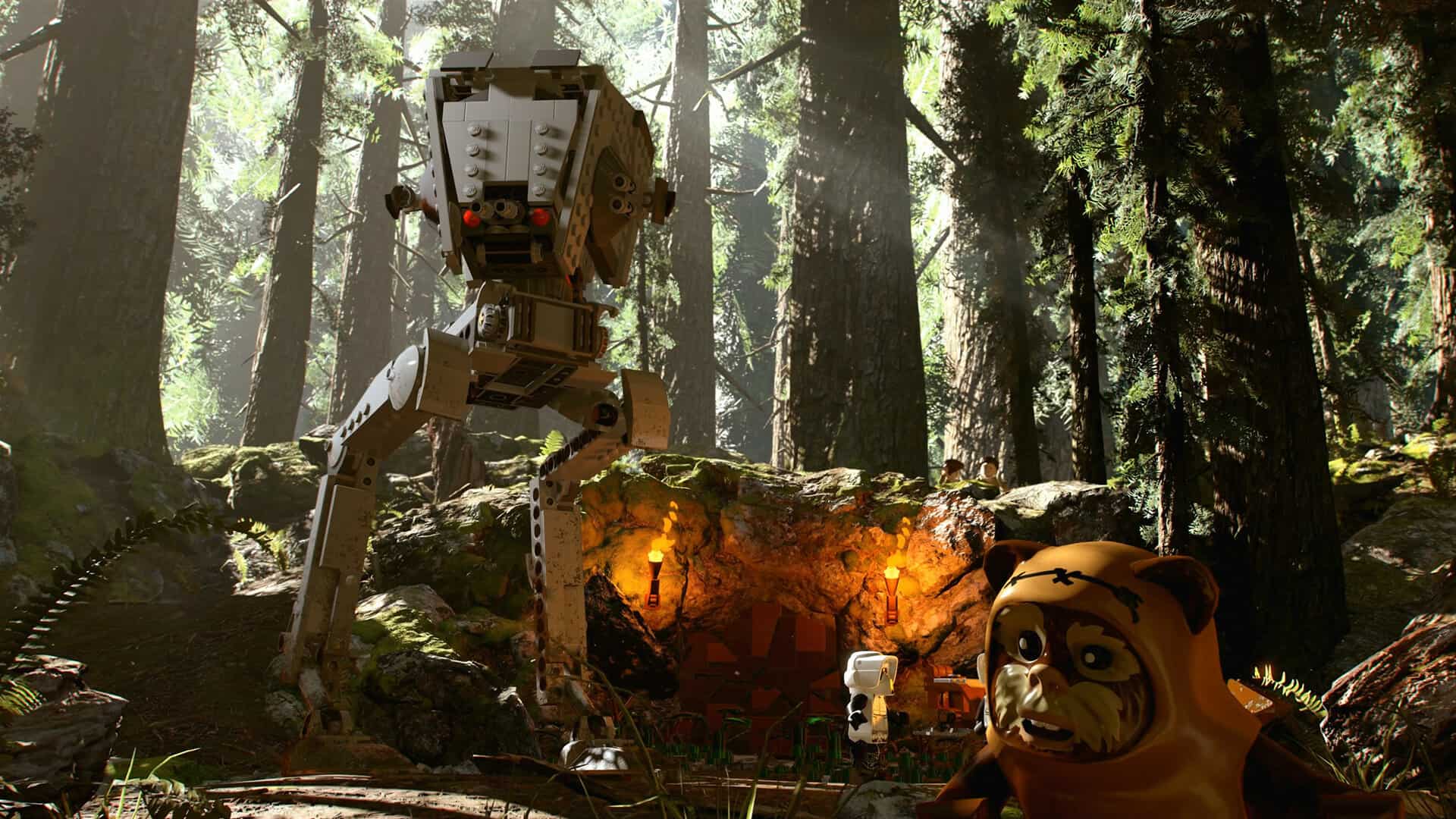 What else is there to do, in the wake of such riches, than to recline in one’s chair and block out the world, in a state of bricked-up bliss? Well, there is one obstacle. The problem with Lego games has, since their inception, been the same problem that plagues Lego: they are fun to behold, to think about, to covet, and to assemble, but not to play. Once their prescribed thrills have been tipped out and clipped together, something expires, and they return dustily to the shelf. TT Games occupies the curious position—denied to the Danish manufacturer—of being able to offer us a dust-free alternative; these games may arrive pre-assembled, but they brim with the promise of a shelf life, so to speak.

But no. After twenty minutes I have usually had more than my fill, and so it proves here. There just isn’t enough juice or challenge in the combat, the cover shooting, or the endless hoovering of collectibles. And what’s with the lack of customisation? The best thing in Lego Star Wars II: The Original Trilogy was the switching of various heads onto the wrong shoulders—plugging C-3PO’s wide-eyed skull onto Leia’s gold bikini, say, and letting his brassy mortification speak for itself. Not so in Lego Star Wars: The Skywalker Saga, wherein the fun, such as it is, comes from faithful reenactment. To be fair, there are moments where a lack of faith would be disturbing. The pod race, for instance, is a highlight, as it was in The Phantom Menace; the camera is wedged between your twin engines and whipped by dust, pulling back as Anakin strains to reattach his power coupling, mid-flight. Likewise, the spectacle of lolloping through swirls of snow atop a tauntaun, as did Luke in The Empire Strikes Back, is a warming sight, even as the lens is lacquered with frost.

Indeed, it would be churlish not to point out the sumptuous surroundings on offer. The game runs in the NTT engine, which was built by TT Games, and, while the result is handsome, it came at a high price. The game was delayed three times, and development was mired in crunch; there have been multiple leadership changes, and, according to one report, at least forty employees have left the studio since the start of 2021. It makes Lego Star Wars: The Skywalker Saga that much harder to relish, when you can’t shake the feeling that it was put together under an organisational culture that treats its employees like replaceable pieces.

All of which means that I would only recommend the game under two conditions. One, if you are constitutionally unable to resist the lure of Lego, or indeed of Star Wars, and the shelves of your memory require regular encrustings of fresh plastic. Or, two, if you are seven. That is the age rating issued by PEGI, whose listing states that the game “lacks any apparent harm or injury to fantasy or mythical beings and creatures.” I can only agree. Whatever you make of the action in The Skywalker Saga, or of the pressurised atmosphere in which it was made, Star Wars, while fruitfully teased, remains unharmed.