The Last of Us Part 1 – Toolbox Guide 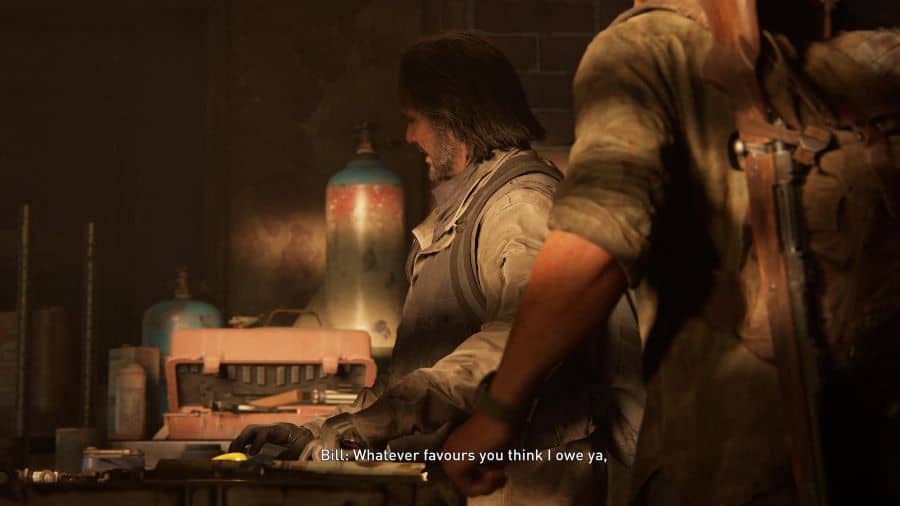 Upgrading your weapons is one of the most important things you can do in The Last of Us Part 1. Joel will need every possible tool at his disposal to escort Ellie safely across the country. But to unlock the true potential of your weapons, you’re going to need Toolboxes.

There are several Toolboxes scattered throughout The Last of Us Part 1, and collecting them will increase the level of upgrades that you can apply to your weapons.

We’ll show you where to find each of them and ensure that your weapons can pack the biggest punch possible.

READ MORE: The Last of Us Part 1 Review

The Last of Us Part 1 – Bill’s Town Toolbox

The first Toolbox in The Last of Us Part 1 can be found in the Bill’s Town chapter. After you’ve successfully negotiated the gauntlet of home-defense traps Bill has strung up around town, you’ll have chance to talk with the man himself.

After Bill teaches you how to make a Nail Bomb, take a look around the basement of the church you’re in. The Toolbox will be resting on a nearby shelf.

Thankfully, if you were a bit too hasty in leaving Bill’s hideout behind, The Last of Us Part 1 will generously re-spawn the Toolbox further ahead in the chapter. This can’t be relied on for every chapter though, so don’t get complacent and think you’ll always have a second chance to collect them.

To find the Bill’s Town Tools in their optional second location, pick it up from a garage directly before entering the Lincoln High School.

The Tools will not re-appear if you successfully collected it earlier, so sadly there’s no way to upgrade your tools twice in the same chapter.

The Last of Us Part 1 – Pittsburgh Toolbox

After surviving the Hunter ambush early in this chapter, open up the garage shutters and head inside. The toolbox is stacked on some shelves inside the garage, so be sure to collect in before proceeding onward.

While moving through the Suburb Sewers, progress past the point of Ellie fixing the generator. Head forward and progress down the tunnel, and turn left at your first chance. The Toolbox will be waiting in a side room.

If the first Suburbs Toolbox is missed, a second can be found further into the Suburbs. When exploring above ground, look for the crashed ice cream van. A pick-up truck will be nearby with the Toolbox in the back.

READ MORE: The Last of Us Part 1 – Infected Guide

In the University science building, progress to the end of the main corridor to find a locked door. Craft a Shiv if you don’t already have one, and use it to unlock the door. The toolbox will be inside, directly ahead of you.

In the FEDRA camp later in the level, look for a tent while in the Triage area. The Toolbox is positioned on a table near the entrance. This is the final Toolbox in the game, so be sure to pick it up if you want access to all tiers of weapon upgrades.

And that does it for our guide to The Last of Us Part 1 Toolbox locations.

READ MORE: The Last Of Us Part 1 – Best Skills