Sonic Frontiers gets a new Combat and Upgrades trailer 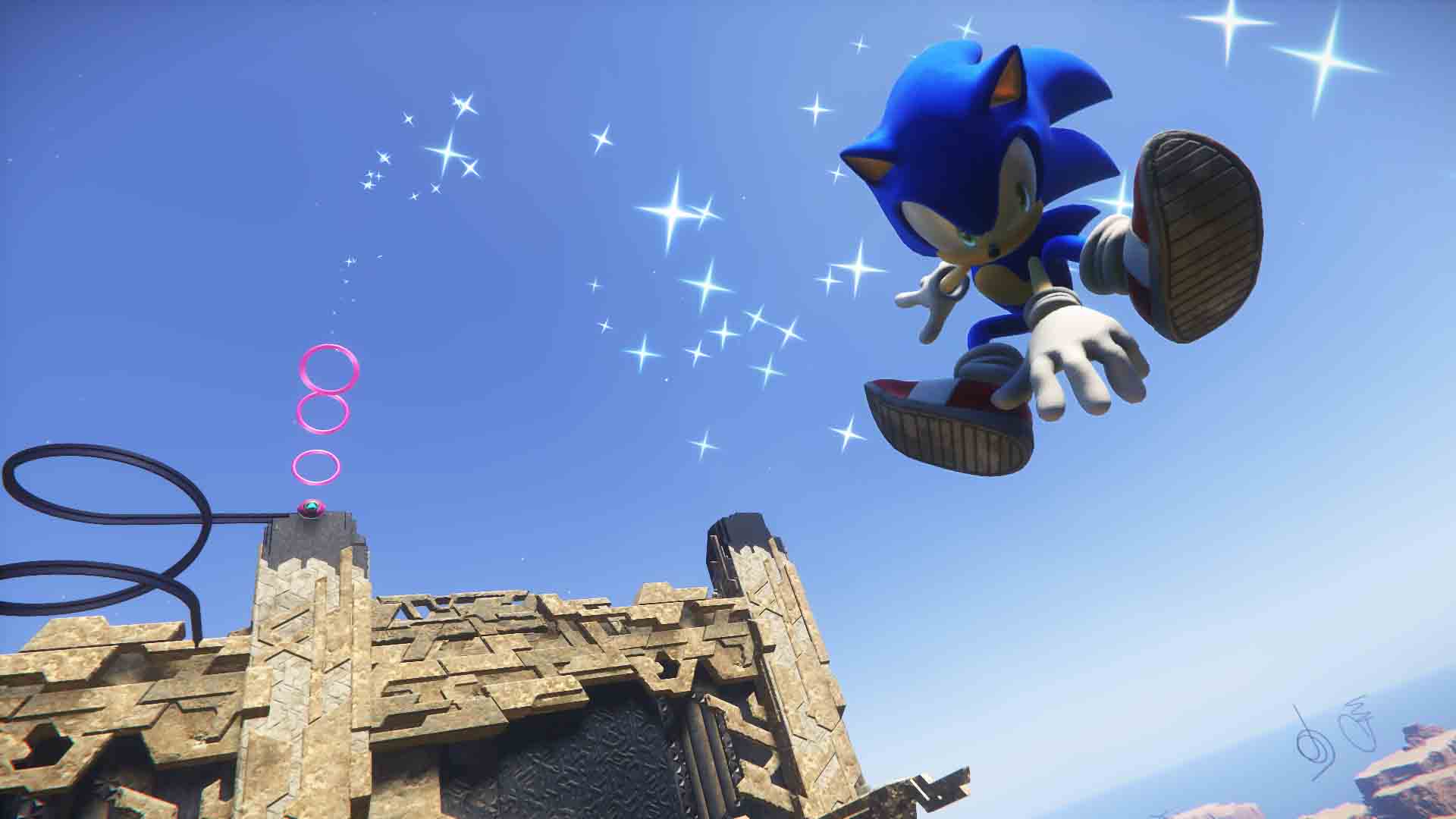 Sega has dropped a new trailer to detail combat and upgrades in the upcoming Sonic Frontiers ahead of its launch later this year.

Sonic will have a range of moves at his disposal in the game, starting with his drop dash, stomp and classic homing attack at the beginning of the game.

However, he’ll need more than that to get through this adventure – so he’ll have a skill tree with a whole bunch of new moves you’ll be able to earn as you get through the game.

Soon enough, you’ll be able to unlock new abilities like Parry, Phantom Rush, Sonic Boom and more – you can check out many of these abilities in the trailer below.

The studio has teamed up with Japanese rockers One OK Rock on the game’s featured track, called Vandalize. The band themselves also have appeared in an interview video, talking about their work on the game.

“We wanted to do this collaboration because we really resonated with Sonic” they said, and say the song has a “high velocity” sound just like the Blue Blur himself.

You can judge for yourself if it’s a worthy addition to the pantheon of Sonic bangers in the teaser clip below.

The trailer gives fans their more detailed overview yet of the game. This includes a nice long look at the open world gameplay, combat and much more.

You can check out the trailer for yourself below. Once you’ve watched that, read on for everything else we know about Sonic Frontiers so far.

Sega has previously declared the game will arrive in Holiday 2022. During a Q1 briefing back in August (spotted by Video Games Chronicle) Sega responded to an investor question on the game’s launch window. “We do not consider postponing the launch at this point.”

Geoff Keighley has confirmed the game will get a new look and “news” during Gamescom’s Opening Night Live show. That took place on Tuesday, August 23. Indeed, a release date was revealed at the show.

The game was first teased as part of a celebration of the blue blur’s 30th anniversary back in 2021. Just over a year-and-a-bit-later, Sega is gearing up to release the game later this year.

Sonic Frontiers is promising to shake up the series with new ‘Open Zone’ gameplay. To put it simply, this it’s their term for open-world gameplay, similar to Zelda: Breath of the Wild.

However, those who like their Sonic a little more traditional will be interested in the Cyber Space Zone. These are portals to levels that are a bit more structured, with high speed courses and action-platforming segments.

Completing these areas will grant players Vault Keys, which you’ll use back on the Starfall Islands to unlock new areas. Sonic will also have some new abilities, such as the Cyloop ability that lets him leave light trails. These trails can be used as physical objects, wrapping around enemies and even acting like platforms.