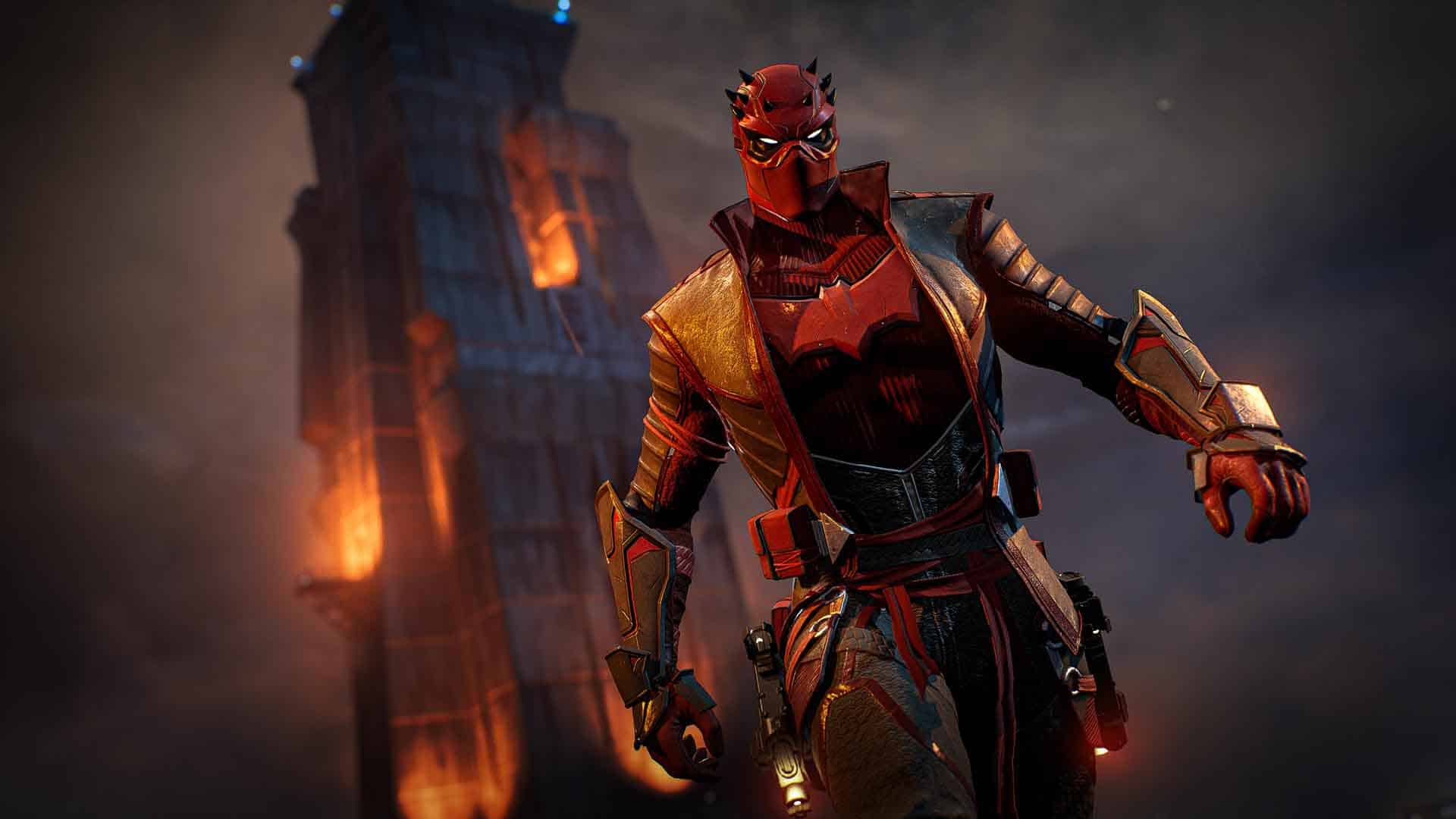 The anti-hero known as Red Hood is the alias of one Jason Todd. As per his blurb, he’s been killed violently by one of Batman’s “most dangerous” foes. (Although they’re staying coy as to who.) Not one to let death stop him though, he’s back thanks to a forced trip to the Lazarus Pit.

The upshot is that this has given him a supernatural edge to skillset. And now he wants crime to pay too. So he’s got all the training of a Bruce Wayne protégé, with a bucketload of anger and vengeance to boot.

He’ll use a variety of weapons and high-tech gadgets, and it seems he’s not afraid to use guns. We’re told he’s embraced the Batman-family ethos of non-lethal combat, mind. Some of these attacks are imbued with an eerie green glow, presumably a side effect from his resurrection.

Red Hood joins similar trailers for the other three protagonists of Gotham Knights; namely Batgirl, Nightwing and Robin. They’ll be fighting the Court of Owls, in a story set in a Gotham without Batman following his death.