A producer at NetherRealm Studios has sparked rumours that Mortal Kombat 12 may be on the way.

As noted by Video Games Chronicle, senior production manager Jonathan Andersen tweeted a photo of his desk. He was intending to show a collection of artwork, including some classic Mortal Kombat and Injustice artwork. However, that same photo also included a couple of notable things, spotted by the Mortal Kombat Reddit. (Andersen took the photo down soon after.)

Specifically, the top right computer screen seems to show a file called MK12_Master. However, it’s also possible this was a deliberately cheeky nod and wink. The same screen also part of an email, from which some choice words can be made out. “Do not” … “share any part of this video, nor any” … “our fans eagerly scrape the internet for any trace” … “take extra care with this material”.

It certainly wouldn’t be the first time those working for developer NetherRealm have teased its future games. In 2018, a voice actor seemingly gave away Mortal Kombat 11‘s existence before its reveal a month later. Could we expect an announcement on Mortal Kombat 12 later this year? We’ll have to wait and see.

In the meantime, it seems the series’ latest movie will be getting a sequel, as reported earlier this week. The next Mortal Kombat movie is apparently being written by Marvel’s Moon Knight lead writer, Jeremy Slater. 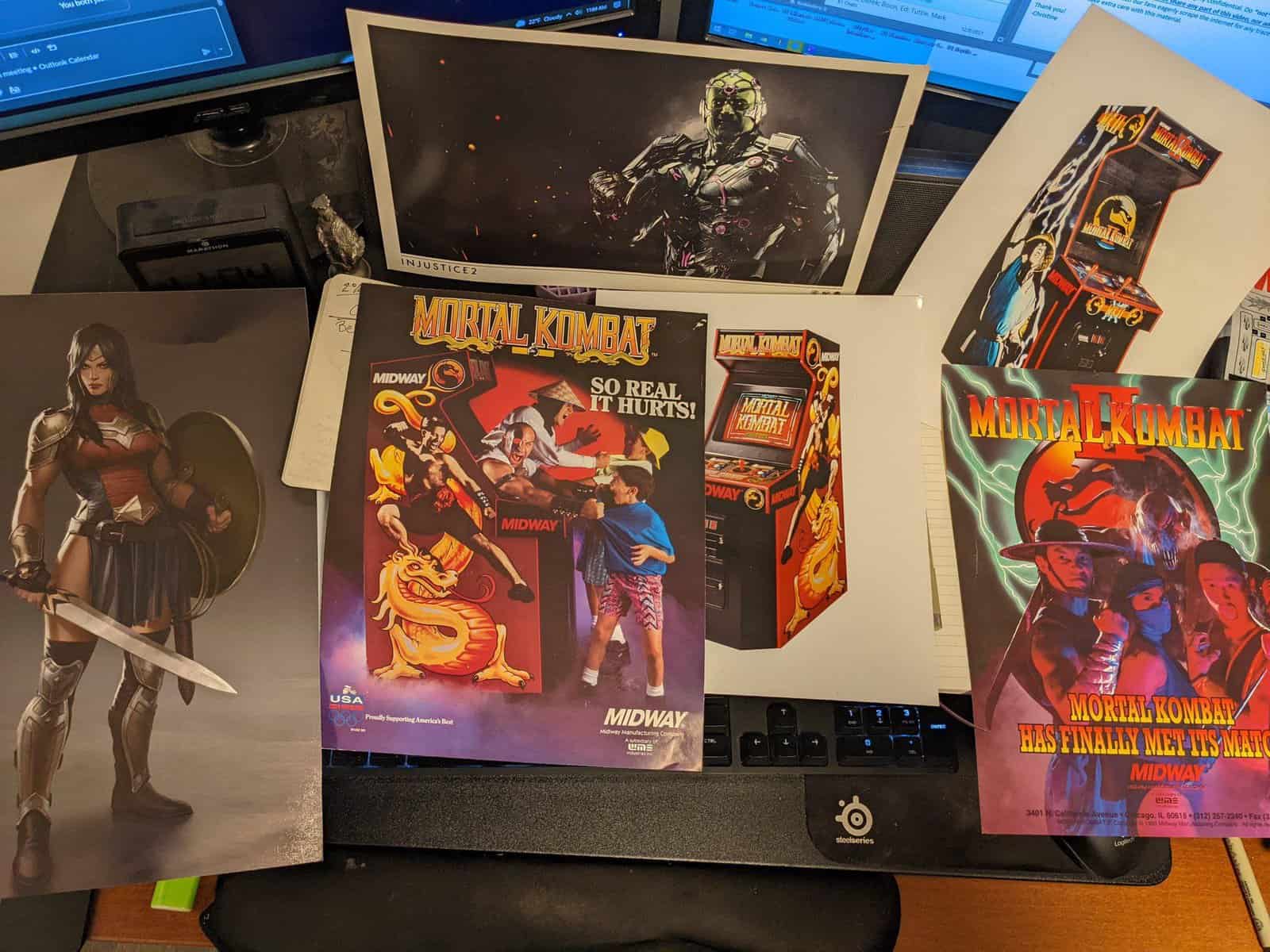