Call of Juarez The Cartel Review 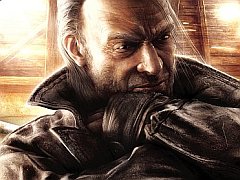 With Call of Juarez: The Cartel, developer Techland has taken its now three-strong series into the modern era, but in doing so has produced what feels like the most dated game of the bunch. The Cartel is a desperate and misguided attempt to step into modern times, with a terrible script, basic gunplay and rough graphics overwhelming the handful of good ideas on show in the game’s multiplayer modes.

Whereas the previous two games were set in the Wild West, The Cartel takes place in modern day America and centres on a joint investigation by the LAPD, DEA and FBI into a bombing on US soil by a Mexican drug cartel. This task force consists of three characters: LAPD cop Ben McCall, FBI agent Kim Evans, and DEA agent Eddie Guerra. On your own you can play as your pick of the three characters, with the AI taking control of the other two, whereas three-player co-op puts a real person in the shoes of each.

This is no doubt meant to be the game’s defining feature: three characters who have their own version of the story, their own special attributes and unique in-game challenges. Sadly The Cartel is a co-op experience you won’t want to join.

Differences in story revolve around a constant undertone of corruption, with each character suggesting the other two are dodgy. In terms of gameplay mechanics this plays out as special challenges each law enforcer has to complete without the others noticing – essentially picking things up in secret. With AI partners this proved to be nothing more than a way to get extra XP (for use in unlocking weapons), but with real players there’s a genuine sense of apprehension as you sneakily go about your secret business while keeping an eye on others at the same time.

Special attributes are less significant. McCall can reload pistols quickly, Evans can steady her aim when using scoped rifles and Guerra can dual wield. These character perks are neat, but I still found mid-range assault rifles such as the FN FAL to be the best choice in most situations, other than in sequences where sniping is essential.

Various co-op gameplay mechanics come into play at certain points but none of them are particularly unique or exciting. Slow-motion breach and clear manoeuvres crop up over and over again, in which you kick down a door and then blast the enemies waiting on the other side. In a slight nod to EA’s Army of Two series, there are also sections where team mates need to provide cover fire so a single-player can get into position to take down a group of enemies. Both mechanics are interesting the first few times, but they’re overused.

The standard gunplay is what will take up the majority of your time with The Cartel, but sadly some incredibly basic AI and dull environments make the experience feel years out of date. The generic firefights and bland levels are reminiscent of shooters on the original Xbox, with the game engine’s ability to render large open areas often ignored as you fight in yet another dull warehouse or street. Throw in some utterly dreadful hand-to-hand combat and you’ve got a game that frequently feels rushed to market and significantly inferior to the two games that preceded it.

Vehicle sequences, in which you either drive down scripted paths or shoot from a window, are another bad idea. Not only do these sections offer next to no sense of speed or danger, but they also look terrible. It’s marginally more fun to be one of the guys shooting enemy vehicles, but from this perspective you’re simply playing through a series of on-rails levels that lack the visual pizazz usually found in heavily scripted sequences.

I also lost count of the number of times my trio got within touching distance of the main bad guy only for him to escape, leading to the feeling we were on a wild goose chase that would never end. Boss fights against a guy in a helicopter are also the order of the day in The Cartel, with numerous big encounters ending with McCall and co having to gun down a chopper.

As the story develops there are moments where as a player you’re clearly meant to be emotionally invested in what’s going on, but the badly-written characters make cutscenes more laughable than emotive. The conclusion to the story suffers from this too. By the time you’ve slogged your way through to the end and finally got hold of the game’s main evil-doer, it’s hard to care about the multiple choice ending. Even a climactic scene at a graveyard had absolutely no impact on me – I was just thankful it was over.

A full 12-player competitive multiplayer mode is also on offer, but it’s hard to imagine anyone giving it more than a glancing look given how basic the combat feels. When playing as either cops or robbers you can take part in standard team deathmatch or mission-based scenarios, but the whole thing feels far too light and simple to ever gain a large following.

As you level up you can customise your character with new weapons and perks, including a slot for buddy perks (special boosts activated by staying close to a designated online partner), but nice features are almost pointless when attached to a bog standard shooting experience.

Call of Juarez is a series that has gained a cult following thanks to offering two neat Western spins on the FPS genre. With The Cartel, developer Techland has delivered one of the most generic, bland and uninspired shooters I’ve played in a long time, and in turn has potentially sullied the work done on the series in the past. In a month of few new releases, even a half-decent FPS could have done well at retail, but this doesn’t deserve any of your attention.

With The Cartel, developer Techland has delivered one of the most generic, bland and uninspired shooters released in a long time, and in turn has potentially sullied the work done on the series in the
5 Some neat multiplayer ideas Dated visuals Poor script Generic gameplay

Call of Juarez The Cartel

Call of Juarez The Cartel