*Updated* “The Legend of Vox Machina” Season 2 – News, Cast, All You Need To Know

Prime Video and Critical Role’s “The Legend of Vox Machina” Season 1 introduced the heroes of Vox Machina, Vex’ahlia, Vax’ildan, Percival Fredrickstein von Musel Klossowski de Rolo III, Keyleth, Scanlan Shorthalt, Pike Trickfoot, Grog Strongjaw, and their home of Tal’dorei to a brand new audience who would quickly find themselves becoming as enraptured by the characters and story as the fans who’d been watching from the very first live streamed game back in 2015.

Across the 12 episodes of the show’s first season, fans followed Vex, Vax, Percy, Keyleth, Scanlan, Pike, and Grog as they introduce themselves by getting into a bar fight with some local thugs, before answering a job poster seeking an adventuring party to hunt and eliminate the evil destroying villages around the capital city of Emon.

Once found and dealt with, our heroes were lauded and celebrated as heroes by Sovereign Uriel and the people of Emon. But, their peace, was not long to last, as The Briarwoods, Delilah and Sylas, traumatic and dangerous figures from Percy’s past cross our heroes’ path, setting off a chain of events leading to revelations, rebellion, revenge, and an epic final battle for the fate of Percy’s ancestral home, Whitestone. Before ending the series on a cliffhanger that was highly concerning for new viewers but exciting and likely a little traumatising for long-time fans who know what’s coming next, not unlike Game of Thrones reader’s watching The Red Wedding episode knowing what was about to happen when “The Rains of Castamere” started playing…

So, what lies next for our intrepid and often accident prone (Dooooorrrrrrssssss!!!) adventurers in Season 2 of “The Legend of Vox Machina”?

During their New York Comic Con panel, the cast confirmed that “The Legend of Vox Machina” has officially been renewed by Prime Video for a 3rd season, confirming (my initial suspicion in this article) that due to the length of the “Chroma Conclave Arc” in the livestreamed tabletop Critical Role game, the story will carry past the Season 2 finale and into the just announced 3rd season.

The cast, still have not confirmed an exact date for the release of Season 2 in January 2023, stating they haven’t been given an exact date yet, only a confirmation that it will air near the end of January 2023.

When is “The Legend of Vox Machina” Season 2 released?

The cast have just confirmed during their New York Comic Con 2022 panel that Season 2 will be airing starting in January 2023. No specific date in January was confirmed, but more news as it comes from the panel.

No official release date has been confirmed yet for the second season. Although, the cast and creative team of the series are set to have a special panel discussing “The Legend of Vox Machina” at the upcoming New York Comic Con. So, it’s entirely possible that an official release date and potentially first look images and teaser footage for Season 2 will be shown during that panel.

Where can I watch Season 2?

What is the story for “The Legend of Vox Machina” Season 2? (Spoilers ahead)

Although the cast would not confirm exact story details for Season 2 during their New York Comic Con panel, they did, in true Critical Role fashion, heavily hint at what fans will see, with knowing smiles and smirks.

The story points they hinted at/confirmed were the sacking of Emon by the Chroma Conclave, Grog’s struggles with the Craven Edge and his estranged family, as well as confirming that the party will travel to the fae realm and will meet Vax and Vex’s estranged father.

While no official story has been confirmed yet for the season, all signs point to it adapting “The Chroma Conclave” arc. Especially as the Season 1 finale ended with the cliff hanger of Sovereign Uriel (played by Khary Payton) announcing his abdication in order to cede the Government of Tal’dorei to the Council of Taldorei.

But, as Uriel is finishing his speech, Vex suffers a splitting headache, the kind she feels when a dragon is near. And so out of the glare of the sun, soars the shadow of a dragon, followed by three more as they speed ever closer to Emon. The Chroma Conclave have arrived.

While Season 1 ends on this reveal, fans who have viewed or listened to the livestreamed games know that the dragons quickly attack Emon killing many of the citizens in attendance at Uriel’s speech and chase the others as they attempt to flee. Vox Machina manage to escape to their keep thanks to Keyleth’s “Transport via Plants” spell. But it only buys them minutes before they face off against one of the ancient dragons as they attack the keep.

This covers what will most likely be the opening episode of Season 2, but, due to the length of “The Chroma Conclave” arc, it’s very unlikely that it will be covered entirely within the space of one season of 12 episodes. More likely that the season will adapt some of the arc, with the rest being adapted in a third and possibly fourth season, such is the length and importance of the arc.

As it deals with the destruction of Emon by “The Conclave”, Grog’s struggles with the “Craven Edge”, the enchanted and deadly sword he took from Sylas Briarwood, as well as exploring Grog’s past and how it impacts the groups present as Grog must face off against his estranged family.

In somewhat of a reoccurring theme dealing with the history and impact of family on each member of Vox Machina. The group meets Vex and Vax’s estranged elven father as they seek diplomatic papers to pursue their goal of finding the “Vestiges of the Divergence” in order to defeat the conclave. As well as meeting Scanlan’s daughter, an whom, the party had no prior knowledge.

Plus, so much more, as the arc covers 44 livestreamed episodes/games, each around 3 to 4 hours in length.

Who stars in “The Legend of Vox Machina” Season 2?

No official cast list has been announced yet for the show’s second season. But, the below cast members from Season 1 are all highly likely to reprise their roles in Season 2: 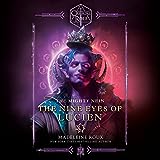 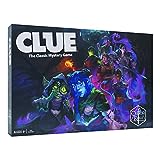 Critical Role: The Tales of Exandria–The Bright Queen
Buy on Amazon
SaleBestseller No. 5