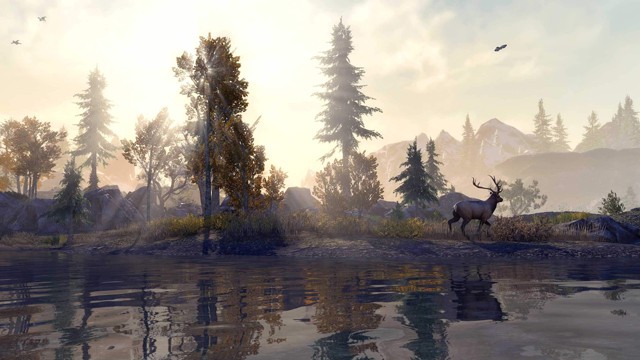 Bethesda has announced that it is delaying the launch of its planned PlayStation 5 and Xbox Series X|S enhancement update for The Elder Scrolls Online by one week.

In a post on the game’s official blog, the studio said “In an abundance of caution, we are moving the ESO: Console Enhanced launch out a week. We are doing this so we are not launching Update 30 (Blackwood) at the same time as Console Enhanced and can give both our undivided attention.”

The date for the upcoming Blackwood chapter, also known as Update 30, will still arrive on June 8 for Xbox Series X|S, PlayStation 5, Xbox One, PlayStation 4 and PC, but if you’re looking forward to the high resolution textures, better shadows, faster loading times and increased draw distance promised for the Xbox Series X|S and PlayStation 5 versions, you’ll have to wait a week longer for The Elder Scrolls Online: Console Enhanced edition to land there on June 15.