Steve Gaynor—co-founder of Gone Home and Tacoma studio Fullbright—has departed his position as creative lead and manager on the studio’s next game Open Roads following allegations that he was responsible for fostering a “toxic” work environment.

Late last night, the Open Roads Twitter account posted a statement. It read “We are a small team passionate about making an inclusive, poignant, story-driven game that gives players a feeling of discovery. We care deeply about creating games that have a positive impact. We are also fervent believers in fostering a work environment that is healthy and collaborative, where we can work with transparency, autonomy, and trust.”

“As such, Fullbright’s co-founder Steve Gaynor has stepped back from his role as creative lead and manager, and transitioned to a role as writer, handing off day-to-day responsibilities to the team to complete Open Roads. We’re all excited by how the game is shaping up, and we hope you’ll follow along as we continue to share our progress.”

Not long after, an extensive Polygon investigation uncovered more of the story, finding that 15 employees had departed the studio since development on Open Roads kicked off back in 2019. Twelve of those departures spoke to Polygon and said their decision to leave was as a direct result of Gaynor’s behaviour towards workers and especially women. “At least ten” of those who left the studio in that time were women.

Gaynor’s behaviour was described as “controlling” by multiple former employees, speaking anonymously out of fear of retaliation. While they also said they “did not experience or witness sexual harassment or explicit sexism” the employees did say that the studio’s “toxic culture” was hidden behind a façade of inclusivity. Many employees say they felt “stifled” and that they would experience constant micromanagement that made it difficult to do their jobs.

One former employee in a leadership position said “Working for him often felt like working for a high school mean girl. His go-to weapon was to laugh at people’s opinions and embarrass them in front of other people.” Other employees have also said, according to Polygon’s report, that they “were constantly acting as a buffer between Steve and the rest of the team just so they could actually get any sort of work done without being pulled into hours of meetings where everything was nitpicked to death or ultimately reversed.”

A representative for Fullbright confirmed that Gaynor had stepped down back in March due to the “pattern of women” leaving the company. “Steve stepped down in March 2021 after it became clear that the steps that were already being taken to improve his interactions with the team were only yielding temporary results. More drastic action was needed for the health of the team.” Meanwhile Open Road‘s publisher, Annapurna Interactive has also stepped in on behalf of the studio, saying: “Annapurna is aware of the situation at Fullbright and has been instrumental in helping the Open Roads team make changes to its structure.”

Gaynor himself issued a statement to on the allegations after Polygon’s story went to press. “Earlier this year, I stepped back from my role as creative lead on Open Roads. My leadership style was hurtful to people that worked at Fullbright, and for that I truly apologize. Stepping back has given me space and perspective to see how my role needs to change and how I need to learn and improve as part of a team, including working with an expert management consultant, and rethinking my relationship to the work at Fullbright.”

“I care deeply about Open Roads and the Fullbright team. I’m sad to have stepped back from day-to-day development of Open Roads, but it’s been the right thing to do. The Open Roads team has my full faith and support as they bring the game to completion.” 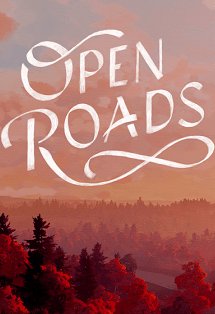