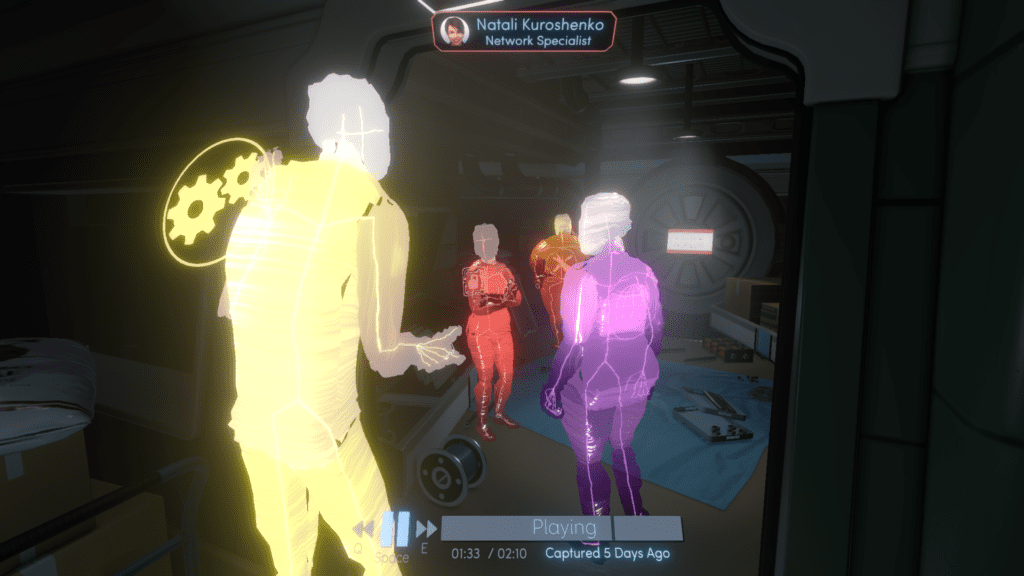 I really liked Tacoma, but in the spirit of making this review as useful as possible to the largest potential number of people, I’ll start by saying that if you didn’t like Gone Home, Fullbright’s critically lauded and well received but, nevertheless, in some quarters extremely polarising game (wherein a girl comes home to an empty house and, upon exploring, discovers danger: here thar be lesbian teenagers) then you will probably not like Tacoma.

If you didn’t like Gone Home because of the unacceptable levels of homosexual characters then be warned that Tacoma has approximately 100% more (not to mention a lot of people who aren’t caucasian, in space, in positions of authority, and thus Tacoma flouts historical accuracy by ignoring how space was invented by the Russians, who are basically in charge of the Caucasus, check and mate). If you didn’t like Gone Home because you just aren’t fond of walking simulators then be warned that Tacoma is one of those again. There’s no action or personal danger. You’re just quietly exploring a quiet story that already happened.

Like Gone Home, in Tacoma you’re in a building that should be full of people, but is weirdly empty, and full of echoes of when they were last there — except in Tacoma it’s a high tech space station decades in the future, and the echoes are AR ones that you can actual see and hear and rewind or fast forward, not metaphorical ones. Something happened on board and you’re there to download data, take the AI core, and bugger off again.

Downloading info from each section takes a long time, so you get bored and wander off to poke through other people’s stuff, like they do in the downtime on Come Dine With Me. When you arrive you’re given an AR overlay you can tab on and off. It’s mapped to body movements so is controlled with ASL, and has a 3D map of the station, a crew roster, and your objective. It also lets you walk around in the past.

The old crew are trapped as ghosts in fragments recorded by the AI, but a lot of the data is corrupted. In people’s bedrooms you find janky, broken ones in a 30 second, eight month old loop of them playing guitar, or getting drunk. In other sections you find more complete scenes that happened three days before, and can reconstruct emails and conversation from other people’s AR interfaces through them. You are explicitly told by the company owns the station that you’re not supposed to look at any of this, but you probably do, and gradually figure out bits and pieces of what happened.

Structural damage. Life or death. Weighing up of resources. Only three days of air. Tensions rising. Secret conversations. Lovers consoling one another. A hundred year old AI giving everyone advice through it all. Because it’s Fullbright you know it’s going to play with the conventions of the scifi genre, which means you can sort of see the shape of the real end to the story behind the red herring one. Tacoma is still an intelligent, touching story told very well, but Fullbright as a studio may be in danger of the thing you least expect becoming the thing you most suspect as soon as you start playing one of their games.

That said, Fullbright’s environmental storytelling never gets old, with so many small details to find. Tacoma reveals itself in a beautiful dance of show-don’t-tell. Only two of the staff, for example, keep their gym lockers code locked; one of them has been sent a silver tea set by his mother (his grandmother would be livid, apparently); the doctor keeps a box of half eaten chocolates under her bed. At the same time, Tacoma’s world is terrifyingly corporate. The crew had to agree to be monitored 24 hours a day. Houses are bought with a kind of currency based on company loyalty. Therapy is conducted in the same kind of text chat you use to talk to NatWest when your new card hasn’t arrived, and you want to know where it is incase the person living in your old house is buying a new microwave with it

It’s a dance of the seven veils where each slip of cloth is a translucent AR ghost, colour coded to the crew members’ roles: green for the botanist who works out all the time, blue for the doctor, pink for the cat, who was silently present somewhere in every scene, and you peel back each one until the only thing left at the end, hovering over it all, is an AI shaped almost like the Eye of Providence you find on dollar bills.

I forgot to look for the cat at the end. I don’t know what happened to the cat.

Available on: PC (reviewed on), Xbox One

Tacoma is a quiet, lovely, yet slightly melancholy exploration of humanity struggling in a corporate vacuum, and one that proves Fullbright still has an eye for detail.
8 The world building is fantastic Lovely, weirdly melancholy, story Fullbright is in danger of becoming its own trope 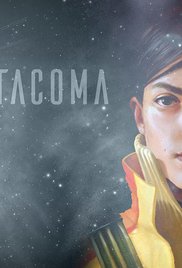