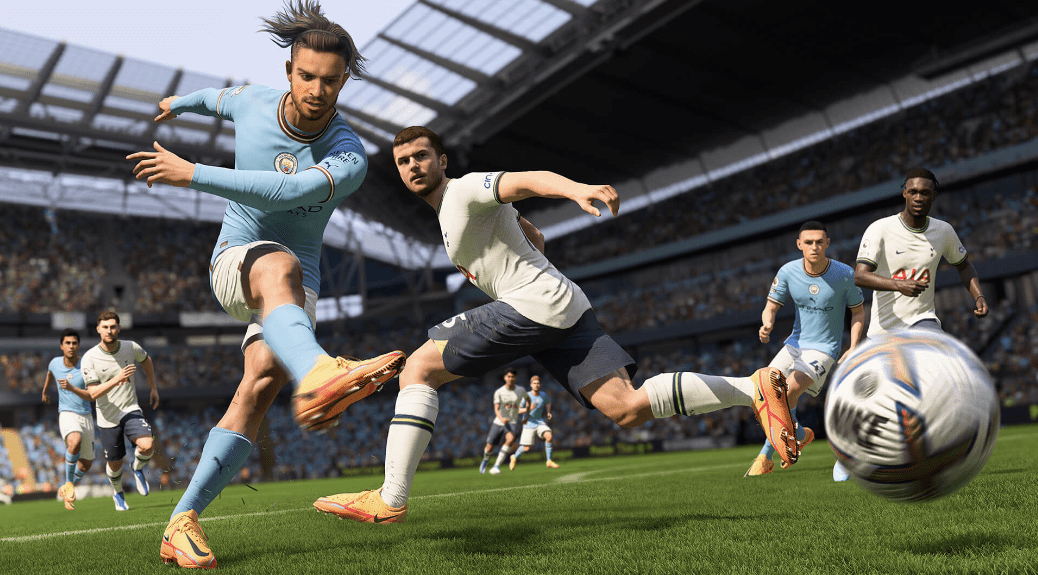 FIFA 23 is here and with it a load of gameplay changes have arrived.

Perhaps the biggest new addition, the introduction of what EA is calling a Power Shot – a high risk, high reward mechanic that, if you master can give you the edge in matches.

“For me, when you actually score these goals it feels so rewarding because you earned it,” Kantcho Doskov, design director on FIFA gameplay, told media at a FIFA 23 presentation.

NOW READ: Score every penalty in FIFA 23 with these simple tips

“The animations are long, you have time. So when you press shoot, you power up, and you have a good second to aim exactly where you want to aim and then get the shot off. So it works really well.”

Luckily, we’ve teamed up with FIFA YouTuber and EA Game Changer Neal Guides to give you the absolute best possible tips to make you a power shot master. Here we go through how to do it, before handing over to Neal to pass on his wisdom.

NOW READ: FIFA 23 Ones To Watch – Everything you need to know

Here’s how to do a power shot in FIFA 23

It’s worth noting that the previous controls that allowed you to pull off a ‘low driven shot’ will be replaced with the Power Shot.

As the shot is manually controlled, there will likely be a lot of trial and error – but the idea is the reward and subsequent player satisfaction will be greater.

To give yourself the best chance of success, make sure there is a lot of space around your player, as it will take some time to wind up.

Obviously, the way to defend against this to make sure you give key players very little time and space near the outside of your box – so man-marking will probably play a bigger role in FIFA 23.

Hold down LB / RB and then press the the ‘B’ button (or whatever you have mapped as ‘shoot’.

You then aim where you want to shoot – so it’s all manually controlled.

Hold down the left and right bumpers and press the shoot button.

How to score a power shot

To perform the Power shot, press L1 + R1 + Circle [PS] or LB + RB + B [XBOX] to perform the shot animation, and then at the same time move the Left Analog Stick into the direction you want to aim. As easy as it sounds, there is one downside, as powerful as it is, it does require time and space on the ball, as the shot animation has a significant “wind up” which means in tight areas, you could easily lose the ball mid-animation if an opponent is in your proximity.

The best space to use the power shot is outside the box, when your opponent’s defensive line is sitting deep, and you are struggling to get through their narrow block. The distance from goal will allow you more time on the ball, and thus having space to execute the full animation of the power shot before your opponent can tackle you.

Since the aim relies heavily on the user, with no assistance, minute movements of the Left Analog Stick can change the trajectory of the power shot.

NOW READ: Score every penalty in FIFA 23 with these simple tips

Over time, once you can keep the shot on target, aim for the goalkeeper always, then minutely move the Left Analog Stick in the last second during the animation.

This way you always keep your shot on target, and the small movement will result in the shot hitting the side of the net. A final level-up would be if you could green time the shot to improve the shot further.

Ready to take on Ultimate Team? Make sure you’ve not missed our FIFA 23 Web App and Companion App explainer, which again, can help give you a head start.

To perform the Power shot, press L1 + R1 + Circle [PS] or LB + RB + B [XBOX] to perform the shot animation, and then at the same time move the Left Analog Stick into the direction you want to aim.

How to score power shot in FIFA 23?