FIFA 23 how to defend – TOP tips from a FIFA pro 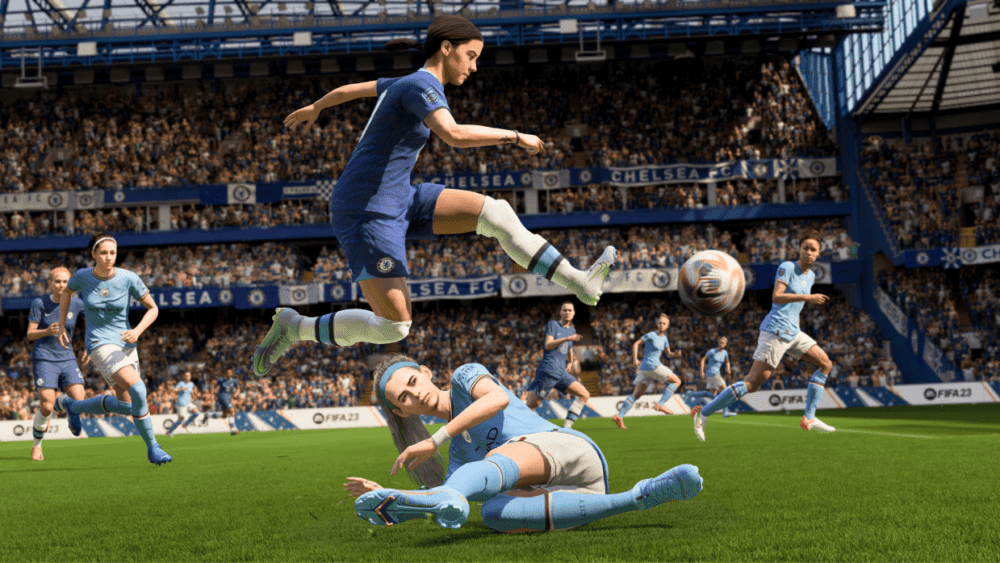 We’ve already provided a bunch of tips around how to score every penalty in FIFA 23 that’ll give you an attacking edge, but what about the art of defending?

To make sure you’re as prepared as possible, we’ve teamed up with FIFA expert and EA Game Changer Neal Guides – who has had plenty of hands-on time with FIFA 23 ahead of its full launch on September 30.

NOW READ: Here’s how to score penalties in FIFA 23

Remember, if you’re a member of EA Play you can currently access the game for 10-hours before buying it. The FIFA 23 Web App is also live for those looking to manage their Ultimate Team on the move.

So let’s kick off today’s lesson… how to defend in FIFA 23.

How to defend in FIFA 23

Defending in FIFA 23 at its core is quite similar to FIFA 22, but new features have given players more tools and variety to be aggressive or passive.

My best advice is to generally aim to play a faster defender, as quicker plays will have the best time of recovering over the top through balls (which will eventually be the most effective tactic to score).

Most of the time when defending, I am using the Sprint Jockey L2 + R2 [PS] or LT + R2 [XBOX], this allows you to cover lot of space quickly when defending.

The key is always positioning, its better to let your opponent run into you, as opposed panicking and then pressing the tackle button Circle [PS] or B [XBOX] and getting caught out of position.

One thing to note is that on New-Gen there is a new machine learning jockey system, in which certain stats such as Defensive Awareness effects how fast a defender can move while using the Sprint Jockey. Take this into account especially if you are playing Ultimate Team.

NOW READ: Here’s the rewards you get with the Ultimate Edition of FIFA 23

To activate Partial Team Press double tap & hold R1 [PS] or RB [XBOX]. Perfect to use when defending down the wing, as it send two of your defenders to mark the opposing passing options in the box.

There is also a new tackle called Hard Slide Tackle, one of my favourite features, its similar to a regular slide tackle, but is more aggressive and has a further travelling distance.

To do the Hard Slide Tackle when controlling a player out of possession, press R1 + Square [PS] or RB + X [XBOX].

One thing that is key is remembering not to drag your players out of position, otherwise you will create unnecessary space.

When defending the key is to always run to where the ball is going to be.

Positioning is the most important thing defensively, and the common mistake is players run aggressively towards attackers, exploit their position and end up conceding.

My best advice would be to keep your defensive line in shape and try to use your CDM or your midfielders when you want to be aggressive and press.

This way if you do make a mistake, you won’t create a hole in your defence, and you can resort to your defenders acting as a passive “safety net”.

Don’t forget, the FIFA 23 Web App and Companion App are both live which can help give you a head start. For more tips make sure to follow Neal Guides on Twitter and Instagram.