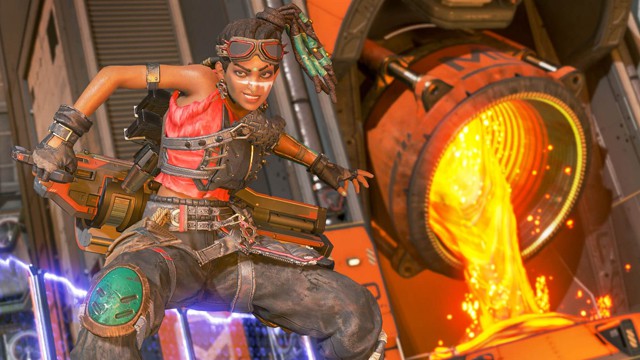 Respawn Entertainment has announced the details of Apex Legends‘ next LTE, with the popular multiplayer shooter kicking off the Thrillseekers Event next week.

The main highlight, as detailed on the game’s official blog, will be the addition of a brand new map for the game’s recently introduced 3v3 Arenas mode. Overflow takes place in a kind of dam-structure, only instead of water, molten hot magma flows through and around the arena. With the environmental hazards and the map’s lane structure, you’ll have to stay on your toes if you want to claim victory for your team.

Of course, there’s also a bunch of cosmetic unlocks for you to earn over the three week event. They include the Rampart Wastelander Set consisting of a gun charm, weapon skin and Legendary Rampart Skin. Week two offers Battle Pass boosters and Apex packs, while week three offers up a Lethal Enforcer Bangalore Skin for you to earn. The store will also be offering some event-exclusive cosmetics for you to buy, with a Summer Sale until July 27.

Check out a trailer for the Apex Legends Thrillseekers Event for yourself below. The event runs from July 13 and goes through until August 3 in Apex Legends on Xbox Series X|S, Xbox One, PlayStation 5, PlayStation 4, Nintendo Switch and PC.