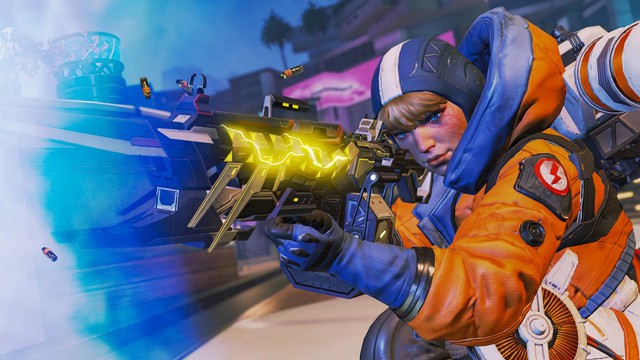 Apex Legends has taken the lid off its brand new gamemode for the battle royale shooter, which will introduce the new Arena mode in the upcoming Legacy update.

The new mode will see two squads of 3 go against each other in smaller, specially made Arena maps. Rounds will start with players selecting their characters and then will commence a buy phase, in which both teams will get to spend special resources to buy weapons and equipment. After the buy phase, the shields drop and a semi-traditional deathmatch will begin, only there's no respawns. Once a team has been entirely wiped out, the opposing team scores a point, all weapons and equipment are removed, players are reset and a new round begins.

Once one team wins by a margin of two rounds, they win the match. If neither team has said lead by 4-4 then play goes into a Sudden Death, winner-take-all round ninth round. Arenas will have canisters dotted around to earn more resources for your team to spend in the next round, and unused Ultimate and Tactical charges also carry over. The mode will launch with two Custom Maps in the form of Party Crasher and Phase Runner as well as specially sectioned off Arena-fied portions of Kings Canyon, World's Edge and Olympus.

As previously revealed, Season 9 will also see the debut of new Legend Valkyrie and a new weapon in the Boeck Bow. The regular Battle Royale mode will also get a new section of the map known as Infested Olympus, where a mysterious growth has started taking over the city. You can check out a gameplay trailer for all the new additions below and check out the game's official website for more detail on the new mode.

Season Nine: Legacy will land in Apex Legends on Xbox Series X|S, Xbox One, PlayStation 5, PlayStation 4, PC and Nintendo Switch on May 4. Meanwhile, developer Respawn Entertainment is celebrating winning the game's industry's first Oscar over the weekend by announcing it's working on a brand new IP.