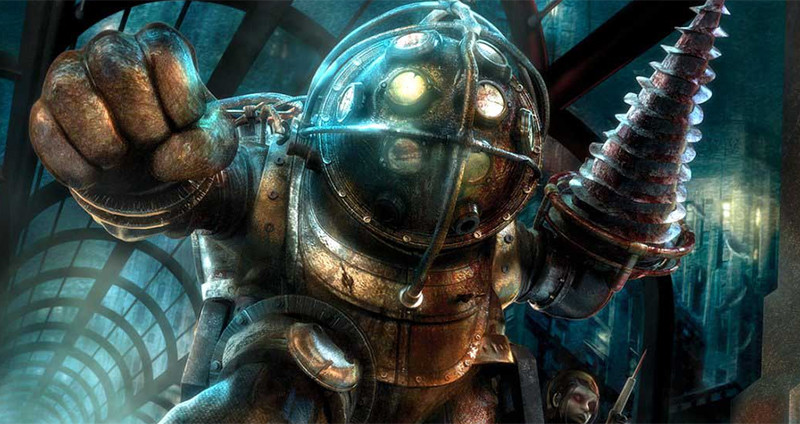 It’s been announced that Netflix, 2K Games and Take Two are partnering on a movie adaptation of Bioshock.

Details at the current juncture are thin on the ground, with the project announced via the Netflix Geeked Twitter account. The Hollywood Reporter says that Vertigo Entertainment are serving as producers with Take Two. They’re the studio behind films like It, The Lego Movie and the long-in-limbo Minecraft movie. However, no writers, actors or filmmakers are on board just yet. THR also claims that the companies intend to “develop a potential cinematic universe”.

It’s not the first time a Bioshock movie has been greenlit. Back in the late 2000s, a Bioshock movie was supposedly coming from Pirates of the Caribbean director Gore Verbinski. However, he dropped out by 2010, although series creator Ken Levine said at the time the project wasn’t dead and buried. He’d change his tune in 2013, claiming he killed the project himself after a replacement director wasn’t to his liking.

Fast forward almost ten years, developer Irrational is no more and Levine is no longer at 2K and has very little to do with the series. There’s no word yet what plot the movie (or movies) will take, whether it’ll borrow from the first two games, Bioshock Infinite or go in another direction entirely. What we do know is that it’s happening, and Netflix are involved.

Any more than that on the Bioshock movie, however, we can only speculate. Netflix say to say tuned for more information. It’s been similarly quiet on the game front too. We last heard rumours in December that new developers Cloud Chamber are working on a Bioshock set in Antarctica in the 1960s.

Netflix, 2K and Take-Two Interactive are partnering to produce a film adaptation of the renowned video game franchise BioShock.