How To Get Unova Stones In Pokémon Go 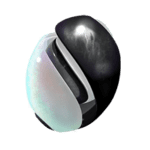 Updated on January 21, 2023 by VideoGamer.com Staff

To advance further into Pokémon GO, Unova Stones are necessary for completing your Pokédex. These stones serve a similar purpose of being a prerequisite to evolving certain Pokémon like other evolutionary items such as the Sinnoh Stones. However, the problem with Unova Stones, as you’ve probably faced by now, is that they’re extremely hard to come across.

While there is a limited number of Pokémon requiring a Unova Stone for their evolution, the utility of their evolved forms makes it a worthwhile investment. So, if you’re looking to garner a couple of Unova Stones for an upcoming evolution, you’ve landed on the right page!

How To Obtain Unova Stones

Farming Unova Stones is relatively harder than any other in-game currency because of their exceptional rarity. That said, the most popular (and not to mention efficient) methods for farming Unova Stones are by using the Pokéstop Spin Streak, claiming rewards from Field Researches, and defeating Team GO Rocket Leaders.

We’ve discussed each of these alternatives in detail below:

Pokéstops grants reward through its daily spin feature and can often land you with a shiny Unova Stone. While interacting with a Pokéstop, swipe the photo disc to generate random items which will get added to your inventory. The daily and weekly limits for Pokéstop spins are 1200 and 7000, respectively, so you won’t be running out of spins as long as you’re willing to walk to each Pokéstop.

NOW READ: How to Get Mega Energy in Pokemon GO

Practicing this gacha by spinning at least one Pokéstop daily, you can acquire a streak bonus which amplifies drop rarity with the streak being continued for 7 days. This method has a 1% percent chance of granting you a Unova Stone. So, keep spinning the Pokéstop daily, and you’ll land yourself a Unova Stone in no time (if luck’s by your side).

When you spin a Pokéstop, you can get research tasks in the following three categories: Today, Field, and Special. For the purpose of collecting Unova Stones in the game, Field research tasks are the way to go, as none of the other tasks can grant you an Unova Stone.

Once players complete one week’s worth of Field research tasks, they can see a rewards box and collect their rewards. This reward box holds a chance of granting you Unova Stones. However, bare in mind that the odds are not very high, and it might be some time before you get your hands on an Unova Stone.

If you’re more of a grind-intensive trainer and don’t want to gamble solely on a week’s patience, go on a Team GO Rocket hunt. A triumphant battle against one of the four Team GO Rocket Leaders: Arlo, Cliff, Sierra, and Giovanni, has the possibility of having a Unova Stone among the rewards.

While they don’t require ridiculous luck, the appearance of Team GO Rocket leaders is quite rare. That said, there are a couple of common areas where these leaders are often sighted:

Whenever you spot a Team GO Rocket leader, don’t shy away from a battle since you never know when you’ll encounter them next. Make sure you have a decent Pokémon kit to defeat the leaders in battle!

Which Pokémon Can Be Evolved By The Unova Stone in Pokémon Go?

Unfortunately, nothing can fully secure a Unova Stone, but these guidelines will unquestionably increase the odds of you getting a Unova Stone. So if that Lampent has been waiting for its Unova Stone to evolve into a Chandelure, it won’t be much longer!