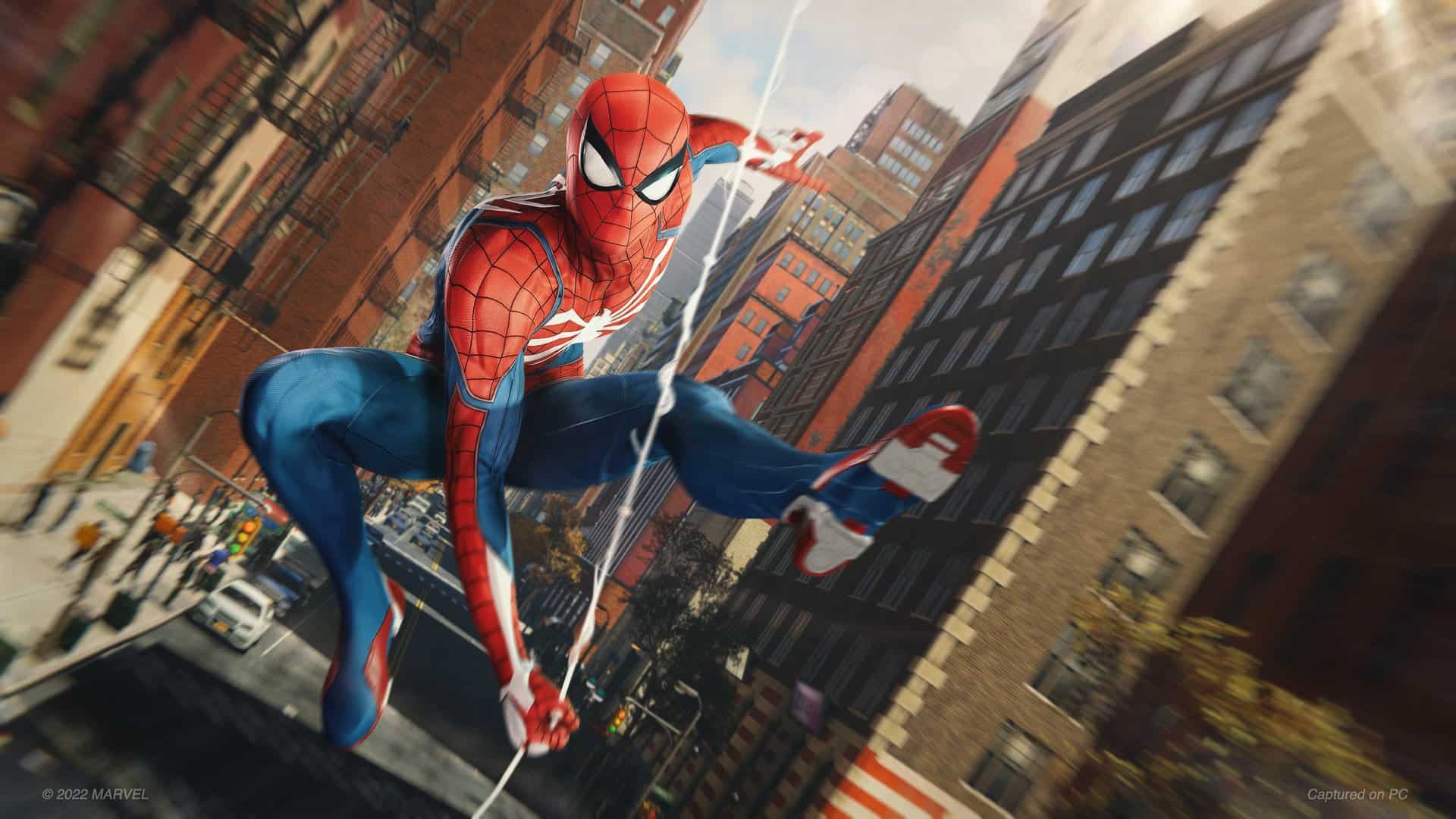 Let us give thanks for Yuri Lowenthal. In 2003, he voiced the acrobatic hero of Prince of Persia: The Sands of Time, giving our man just the right mix of the proud and the pained. The troubles of the plot whipped against him like a storm, and he weathered it with brisk assurance. “No, no, that’s not what happened,” he would say, in voice-over, as you plunged him from a lofty ledge. Fifteen years on, Lowenthal, at a sprightly forty-seven, voiced the hero of Marvel’s Spider-Man. Yet again he plunged, he swung, he skittered across walls, and the amazing thing was that he sounded as if not a day had gone by. The sands had been kind.

Marvel’s Spider-Man Remastered—a tweaked and burnished version of the original, which came to PlayStation 5 in 2020, cocooned with all the DLC—is out on PC this week. This means that a fresh batch of people can relish Lowenthal, noting the elastic tightness that he gives some of his lines, as they are delivered mid-leap. The premise is that Peter Parker is well into his crime-busting career, cobwebbed with both experience and a slight case of stasis. The opening—one of the most exhilarating in recent years—has him diving out the window of his cramped apartment and assisting in the arrest of Wilson Fisk, a crime boss better known as Kingpin. Great! However, he is late with the rent. His job at a local laboratory, assisting one Dr. Otto Octavius, seems at regular risk of going up in smoke. And his ex-girlfriend, Mary Jane Watson, is surging ahead in her career as a reporter. New York may be his personal playground, but he is increasingly surrounded by grownups. Meet the prince of inertia.

This was always smart of the developer, Insomniac Games. Everyone knows the origin story by now; who needs to see another radioactive spider bite, when reality can sink its fangs far deeper? And there is plenty more that Insomniac gets right. For one thing, this Peter was the first proper gadgeteer. We get trip mines, a clattering Spider-Drone, electric webs loosed like tasers, and check out his bug eyes, which narrow and widen like the shutter of a camera. Peter’s ability to tinker (“The boy has an eye for guerilla science like none other,” notes Octavius) is a nice reminder of his natural abilities—not those of the sticky and twanging kind but of the egghead, yoked to his desk.

It is something of a myth that Marvel’s Spider-Man was the first really good game to be based on the character. Perhaps people conflate it with Batman: Arkham Asylum in that regard, which really did break with a tradition of crumminess. You can hardly blame them for the confusion, as so much else here is borrowed from Rocksteady Studios’ games (the combat, the stealth, the city strewn with nerdy references) that the narrative of their success has rubbed off, too. In fact, much of what makes Marvel’s Spider-Man great was present in previous entries, but only it flashes. When Activision held the licence in its adhesive grip, for what felt like fifty years, it delivered a couple of gems on the PlayStation, a roster of solid movie tie-ins, and quirkier fare such as Spider-Man: Friend or Foe and Spider-Man: Shattered Dimensions. Insomniac’s coup was to grab the ideas that worked—the trapeze-like rush of traversal, the spinning of a decent yarn—and to banish those that don’t down the plughole.

PC players with the requisite hardware can look forward to a raft of upgrades. There is support for ultrawide 21:9 and panoramic 32:9 aspect ratios, as well as for NVIDIA Surround multi-monitor setup, if you really wish to shatter the game’s dimensions. (This has the added benefit of boosting the feeling that you really are Peter, squatting in his room before an array of screens. Plus, we also have Deep Learning Anti-Aliasing, dedicated Tensor Core AI processors, and more—all of which sound as though they had been cooked up in the basements of Oscorp as part of a defence contract. Most important, the graphical options are there to be squeezed and modified as you see fit. I played on the Steam Deck, messing around with medium and high settings. I don’t have much of an eye for guerilla science, but I did conduct one vital experiment: with the aid of a wall and a pillow, I managed to play the game upside down.

This is a tactic I would only recommend to those who are hopelessly tethered to the movies, and thus have the Maguire-ish craving for suspended, upended love. For those on PC who have relished the recent ports of Days Gone and Horizon Zero Dawn, here is the finest example of Sony’s easy knack for the open world. Look at New York, blitzed by a low sun and blaring with the gleam of nightly traffic. Take special notice of the towers, to be hastened up and hacked, in order to de-fog your surroundings; the mini-map cluttered, but not clogged, with activities; the trackable quests and trees of upgrades. In other words, all those things that look unfashionable in light of The Legend of Zelda: Breath of the Wild and Elden Ring. Those games treat open-world convention as something in which you can get ensnared and tangled—something better off blown away.

Marvel’s Spider-Man Remastered is a reminder not just of the comforts but of the necessity of open-world convention. It’s as if Sony looked back at the sweet spot of Assassin’s Creed II and at the torrent of overgrown games that followed and thought, No, no, that’s not what happened. Hence the conservative pleasures of Ghost of Tsushima, of Horizon Forbidden West, and, best of all, of Spider-Man. Swing above the avenues for a few seconds, and I guarantee that your familiarity, no matter how the sands have shifted, will melt into a mood of appeased glee. Just as Peter needs the high rises to get by, the thrills on offer here crave those conventions; otherwise, there would be nothing to revitalise, nothing over which to loop and vault. Who needs to rewrite the rules, when so many of them go out the window the moment our hero does?

Available on: PC [reviewed on], PlayStation 5