According to a script that was obtained and shared by the podcast Sacred Symbols, the next Tomb Raider may be something of a departure from recent titles. “Gone are the days of the young, inexperienced women dealing with matters of legacy and familial reckoning.” Good. Unmourned, I say. Apparently, the developer, Crystal Dynamics, is looking to cast an “authentic British” for the role, “in the prototype of Emily Blunt or Rosamund Pike.” Fair enough. What is more, the new game will see Ms. Croft surrounded by fellow tomb raiders. “On this new adventure, Lara will encounter a challenge she can only overcome with a team at her side,” the script reads. Collaboration is foreign to her: she’s always succeeded alone, so in this situation she’s a fish out of water.”

Only, that isn’t quite true. Lara has a history of allies. Granted, most of the time we may hesitate to call them tomb raiders, but they have served various administrative and morally supportive positions, vital to successful raiding. The problem is that Lara’s allies have a history of not faring all that well. Let’s review. (Various spoilers lay ahead; tread with trepidation.) 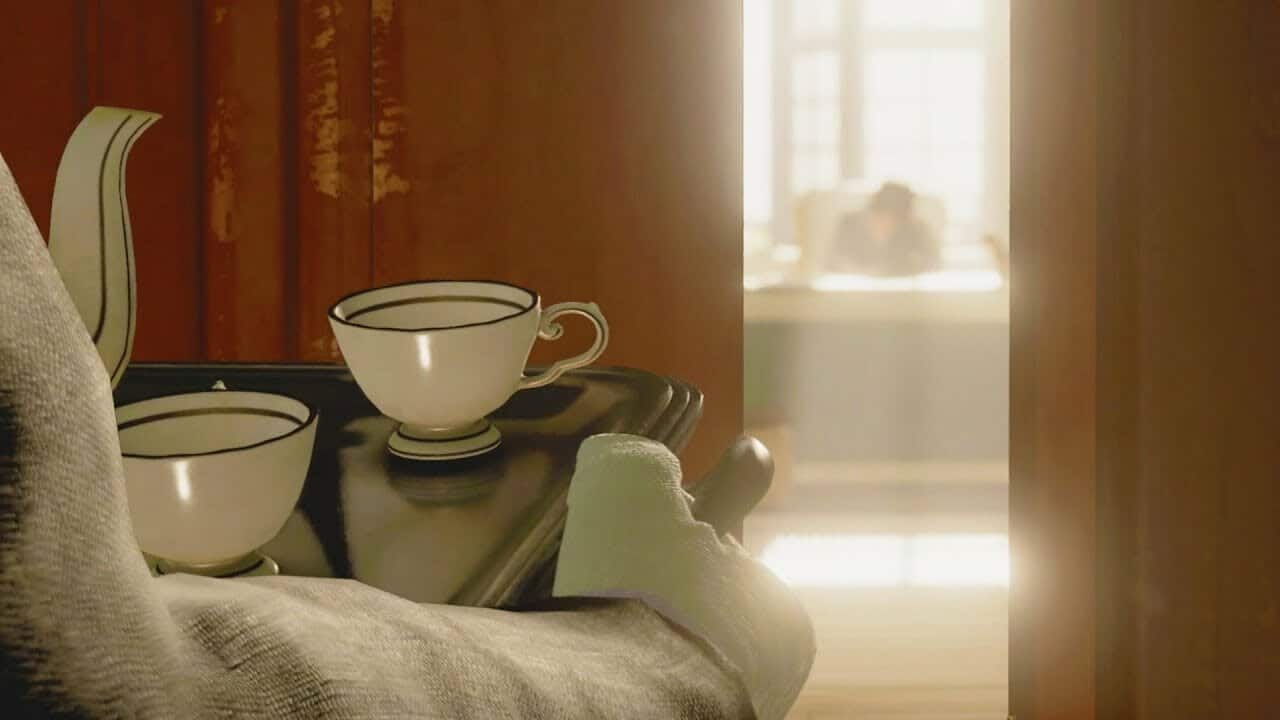 Lara’s original support team consisted solely of the Croft family butler, Winston. He may not have provided much in the way of mission-critical expertise, but he made up for this with a plentiful supply of crumpets and tea. Winston stuck with Lara through thick and thin, from the early games, developed by Core Design, through the Crystal Dynamics reboots, and even made a guest appearance in the last game, Shadow of the Tomb Raider. Though his efforts are much appreciated, Lara historically demonstrated her affection for Winston by locking him into a walk-in freezer, for a laugh. Let us hope that Lara offers a kinder, frost-free reception to her her new allies. 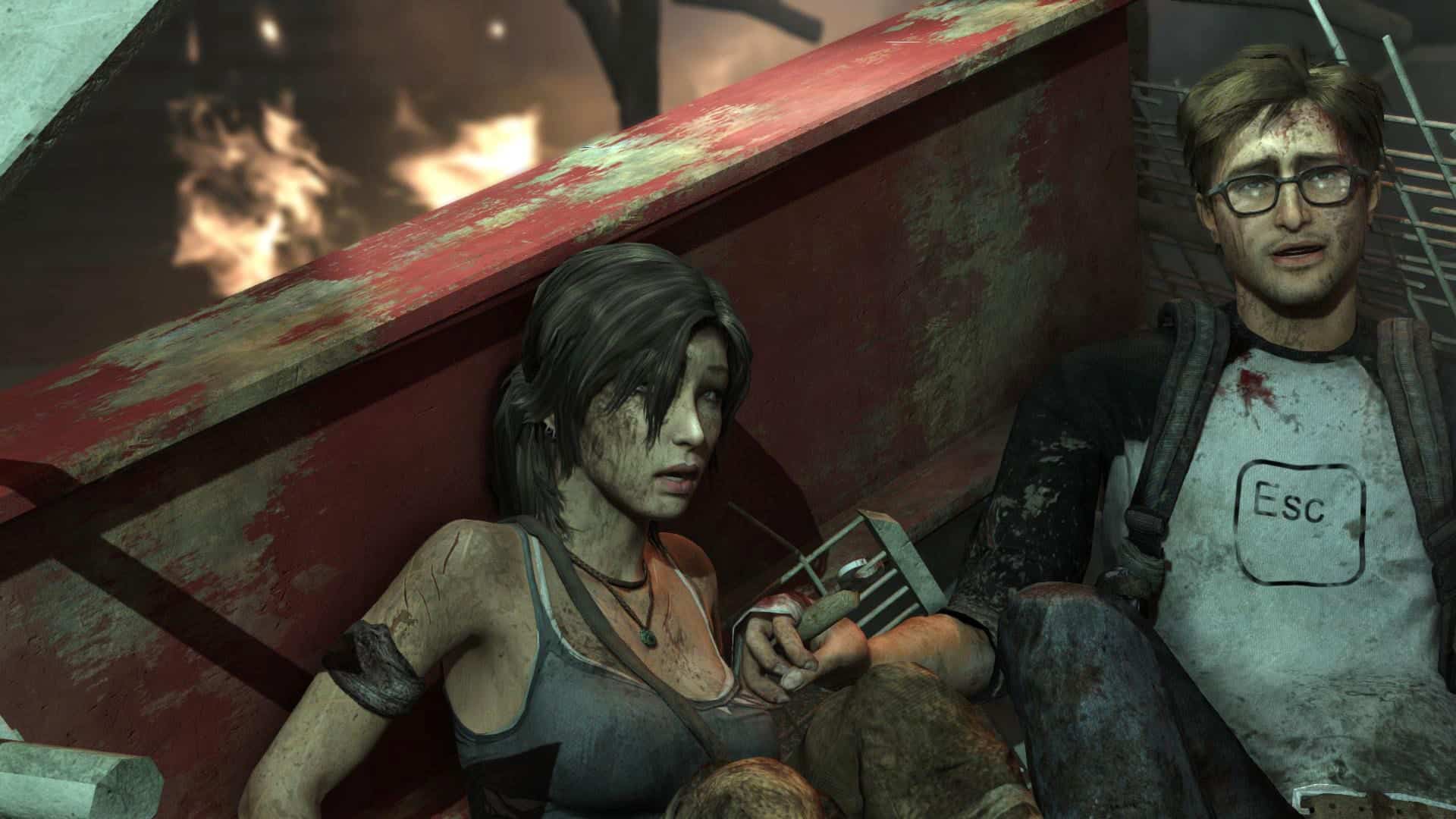 “How often does a guy like me get to be a hero? The others are counting on us. Go! Now!” Such were the last words of Alex Weiss, in Tomb Raider (2013). Alex was bespectacled. Alex wore a t-shirt with an image of an escape key on it—signifying his love of computers, presumably. Alex was kind. Alex was killed. The recent reboot supplied Lara with a team, before whittling them down at the hands of rabid cultists. Alex met his end in a half-sunk ship, and went out in a blaze of glory, holding off a swarm of assailants by shooting a gas pipe, and allowing Lara to make her Esc. 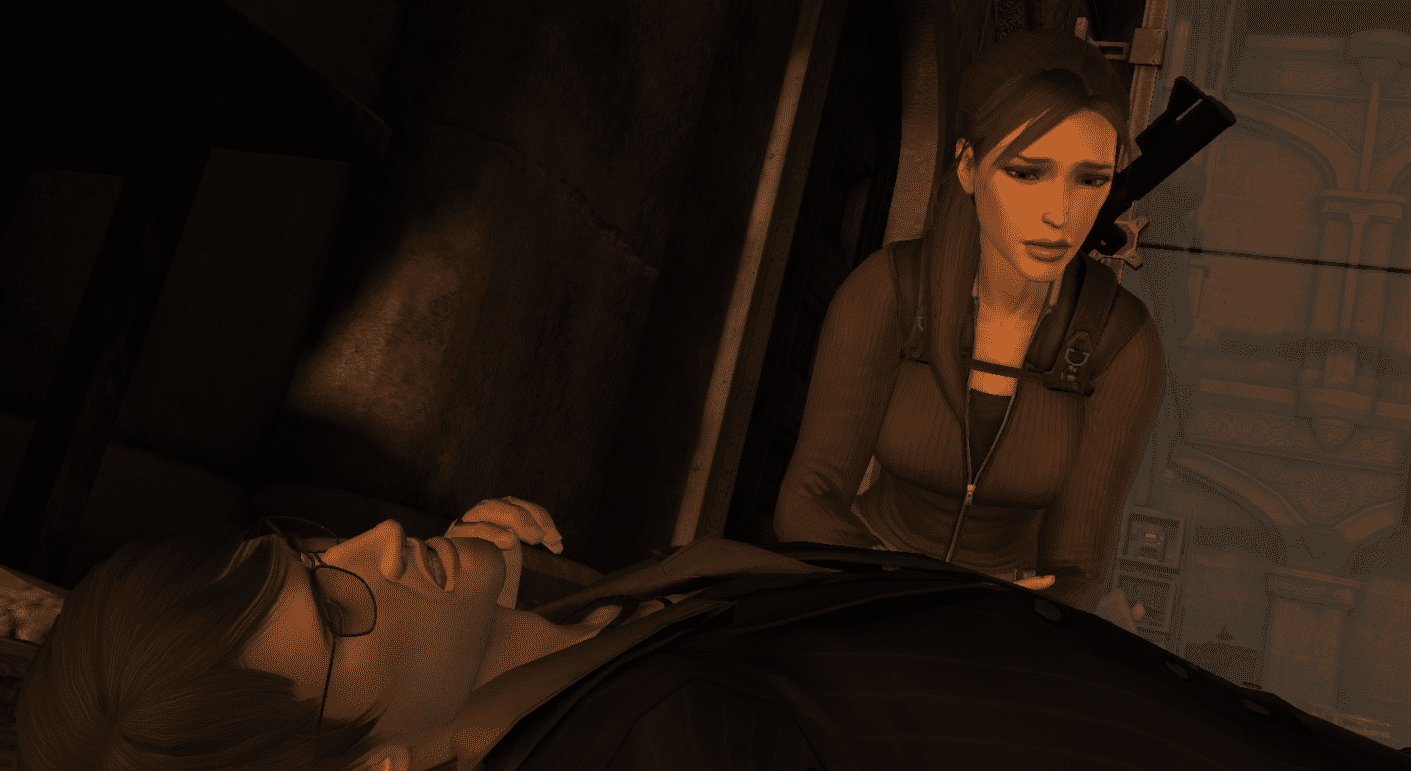 Alister was the proto-Alex. He appeared in Tomb Raider: Legend and Tomb Raider: Underworld. And he sported a copper-coloured shirt, a brown pinstripe blazer, designer stubble, and orange-tinted spectacles. This was, around 2006, the height of nerd chic. He resembled the irritating Shaun Hastings, from Assassin’s Creed II, who was voiced by Danny Wallace. Alister was shot by Lara’s doppelgänger, in Underworld, and his life, in similar fashion to his fashion, was cut short. 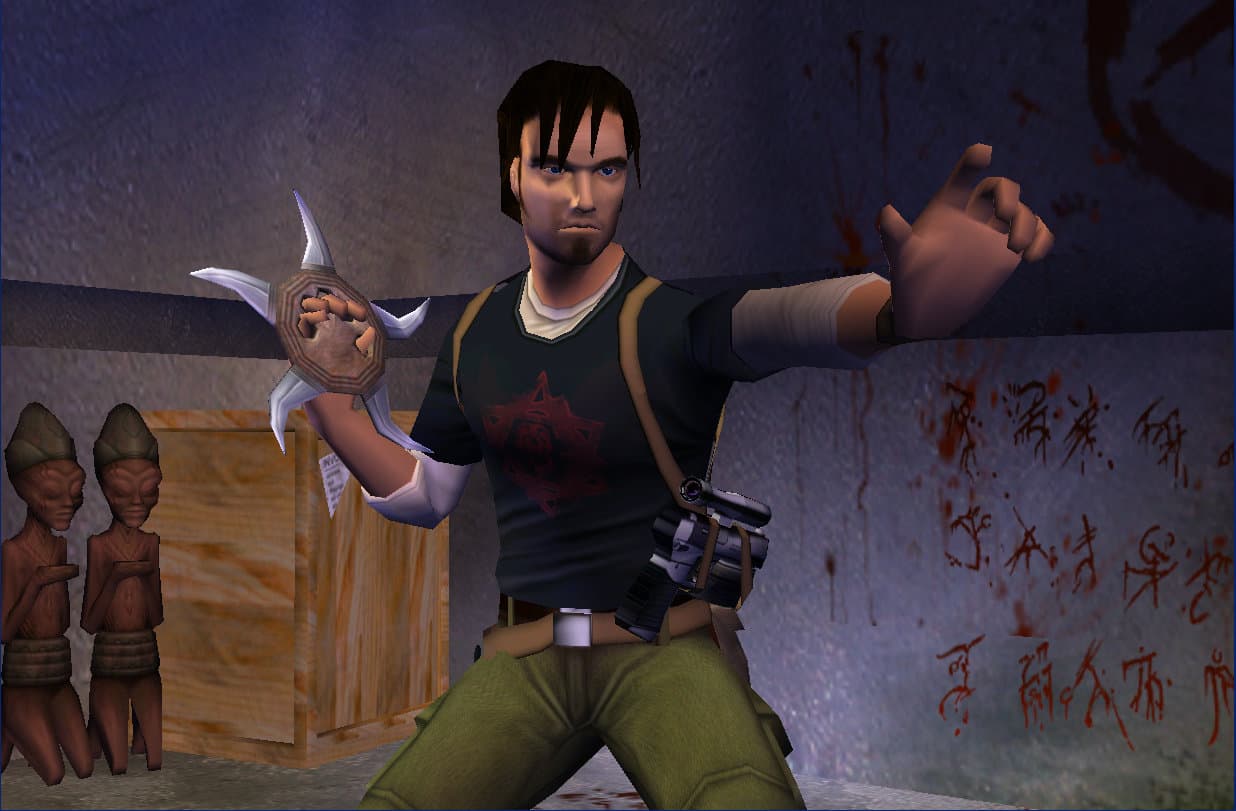 Spare a thought for Kurtis Trent, an ex-Legionnaire from Utah, who joined forces with Lara in Tomb Raider: The Angel of Darkness. Imagine if Nathan Drake were cooked up a few years earlier, in 2001, and was based not on Johnny Knoxville—as, apparently was Drake—but on Brian Topp, from Spaced. Soul Patch, hair like an unwrung mop, and a permanently pained expression. Kurtis didn’t die. At least, not officially. He was badly wounded while battling a mutated scientist in Prague—that old chestnut. Perhaps we will see him again. The question is, will anyone care?

Who could forget Carlos, the mountain guide that provided a perfect distraction for Lara—and a perfect meal for a pack of Peruvian wolves. He said little. He wore an excellent hat. He facilitated not only Lara’s entry into the Lost City of Vilcabamba but allowed her to dive through the air stylishly while firing her twin pistols. Gone but not forgotten. 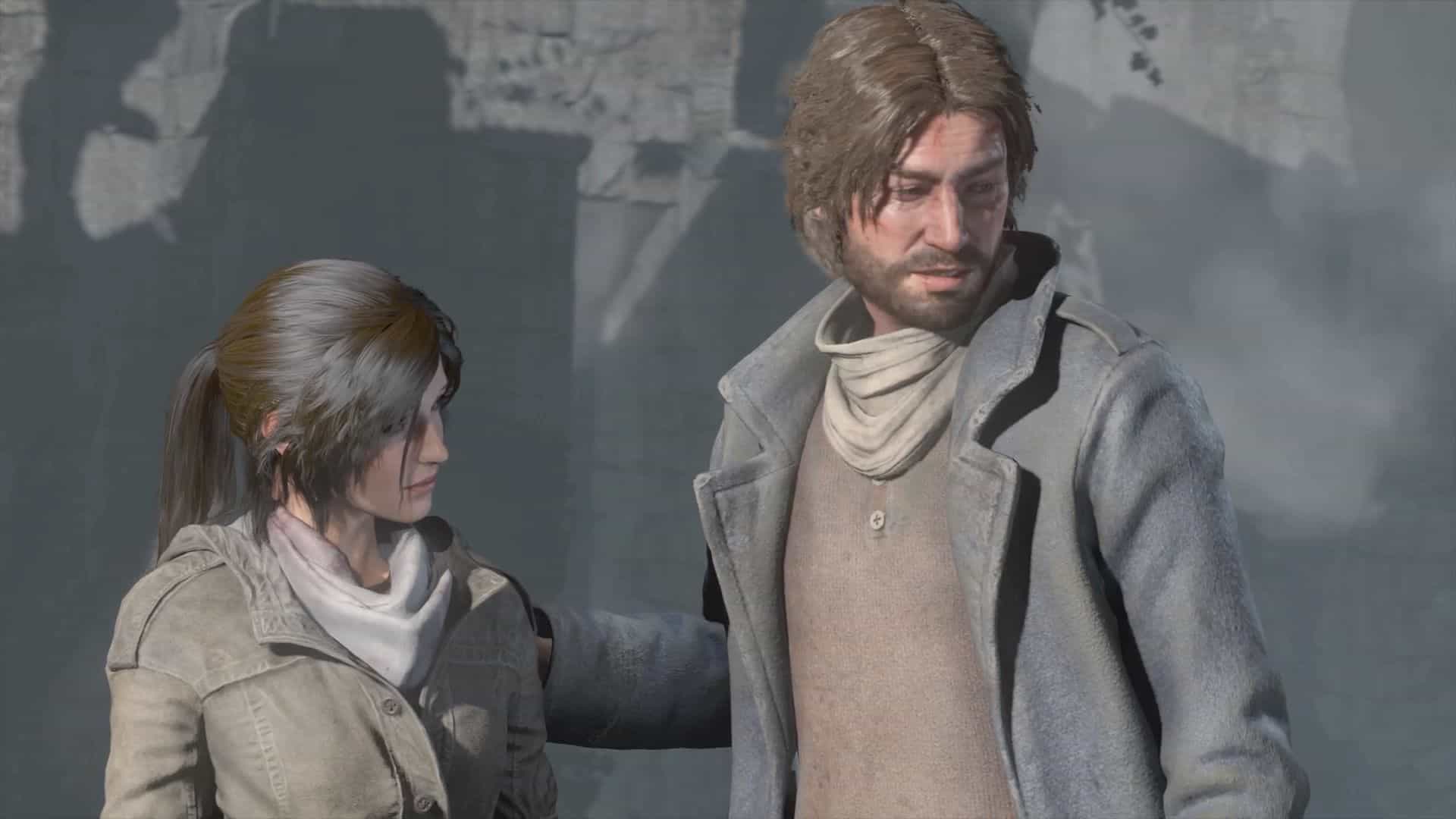 Then, we have Jacob. If anyone can prove that the health of Lara’s allies is dangeorusly under threat, it is he. Jacob was a Byzantine prophet, who inspired a religious movement. He was born in 843 A.D., making him, at the time of Rise of the Tomb Raider, 1172 years old. Being in touch with something called “the Divine Source,” Jacob is deathless, forever young, richly stubbled, and quite dull. He helped Lara fight off Trinity, a mercenary outfit causing all manner of trouble in the local area. At the end of the game, Jacob dies. If Lara managed, through sheer force of teamwork, to bring down a deity, what hope is there for her allies in this new game? 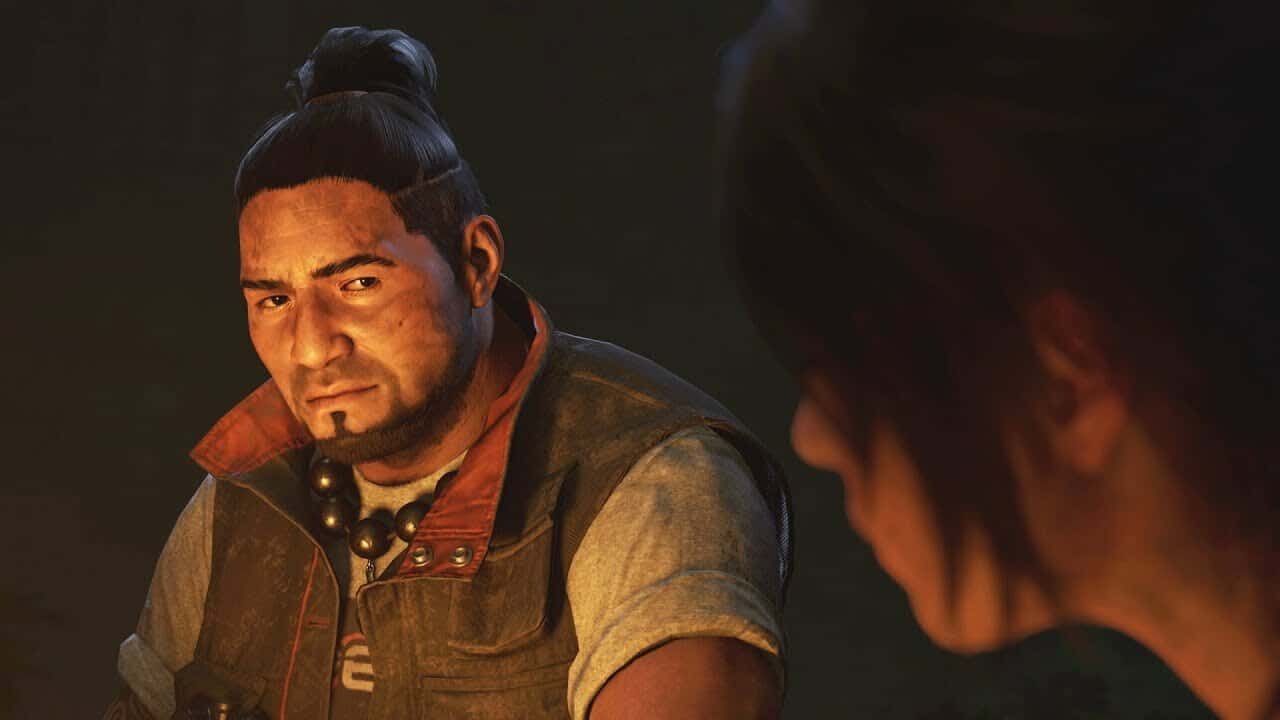 Oh, yes, there is also Jonah. I hope Jonah isn’t in the new game, if for no other reason than we won’t have to hear Lara call out his name far too often, with panic in her voice. Besides, he is a likable fellow, who has, until now, provably managed to avoid death. He and Winston have that in common. The two should pair up and get out while they can. Or else they will soon be locked in the great freezer beyond.