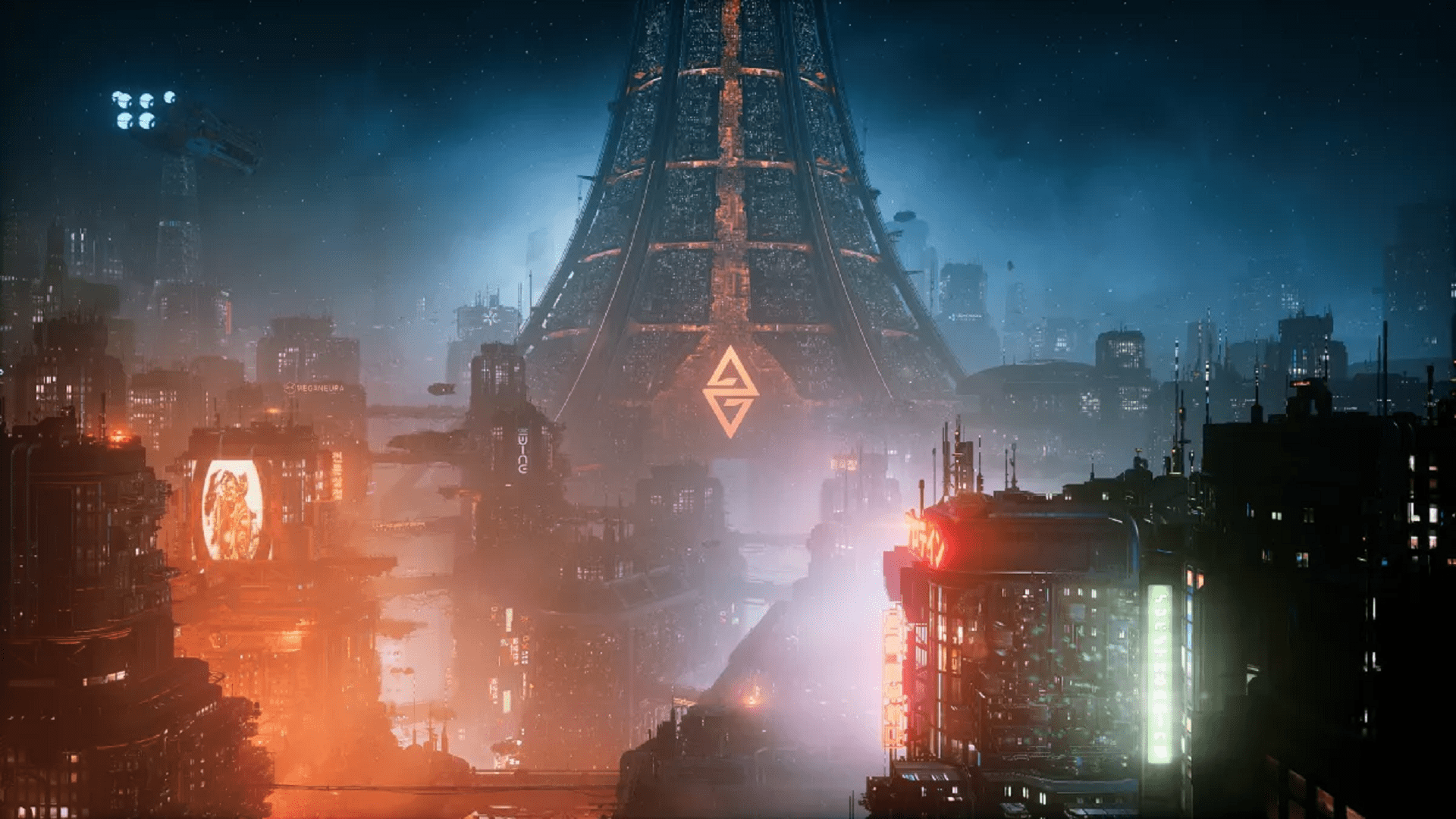 The Ascent is about the seedy, low-level doings of the planet Veles, a sulfurous stack of towers, where tongues of fire lash the air and holographic advertisements ghost through the rain. And it isn’t really about much else. Its skyline is happy to quote at length from Blade Runner, but the poetry is in short supply. One opening subtitle reads, “Veles welcomed you with a hard kick to the groin, like it does everyone.” Fair enough. Our hero, presumably after resting a bag of frozen peas in his lap, decides to kick back, taking a series of jobs and specialising in what one character calls “ballistic persuasion”—the aim being to move up in the world. The game’s title is both the name of a corporation, to whom you are an indentured labourer, and a description of the general direction in which hope, like an ailing houseplant, strives and withers.

At the outset, you’re given a randomly scrambled figure, which you are free to customise; I got a muscleman, with a graffiti-green mohawk, and decided not to meddle any further. Your first missions are assigned by a gentleman named Poone—who, being neither gentle, on account of his snarling temper, nor wholly a man, on account of his metal arms and the rubbery shark-grey hue of his skin, sends you out to kill. The camera is fixed at an isometric angle, and your gunfire peals along the smokey path of a red laser beam. I was reminded of Killzone: Liberation, on the PlayStation Portable, which took the brown and broken vistas of Killzone and crammed them into a series of boxy chambers, viewed from on high. Initially, there wasn’t much liberating about it; you lost an analogue stick and never your breath. But in freeing us from the frantic pace of first-person, the game allowed us to see the battlefield as an anthill—with bodies scurrying through its leathery vales—and life felt devalued by the detachment. 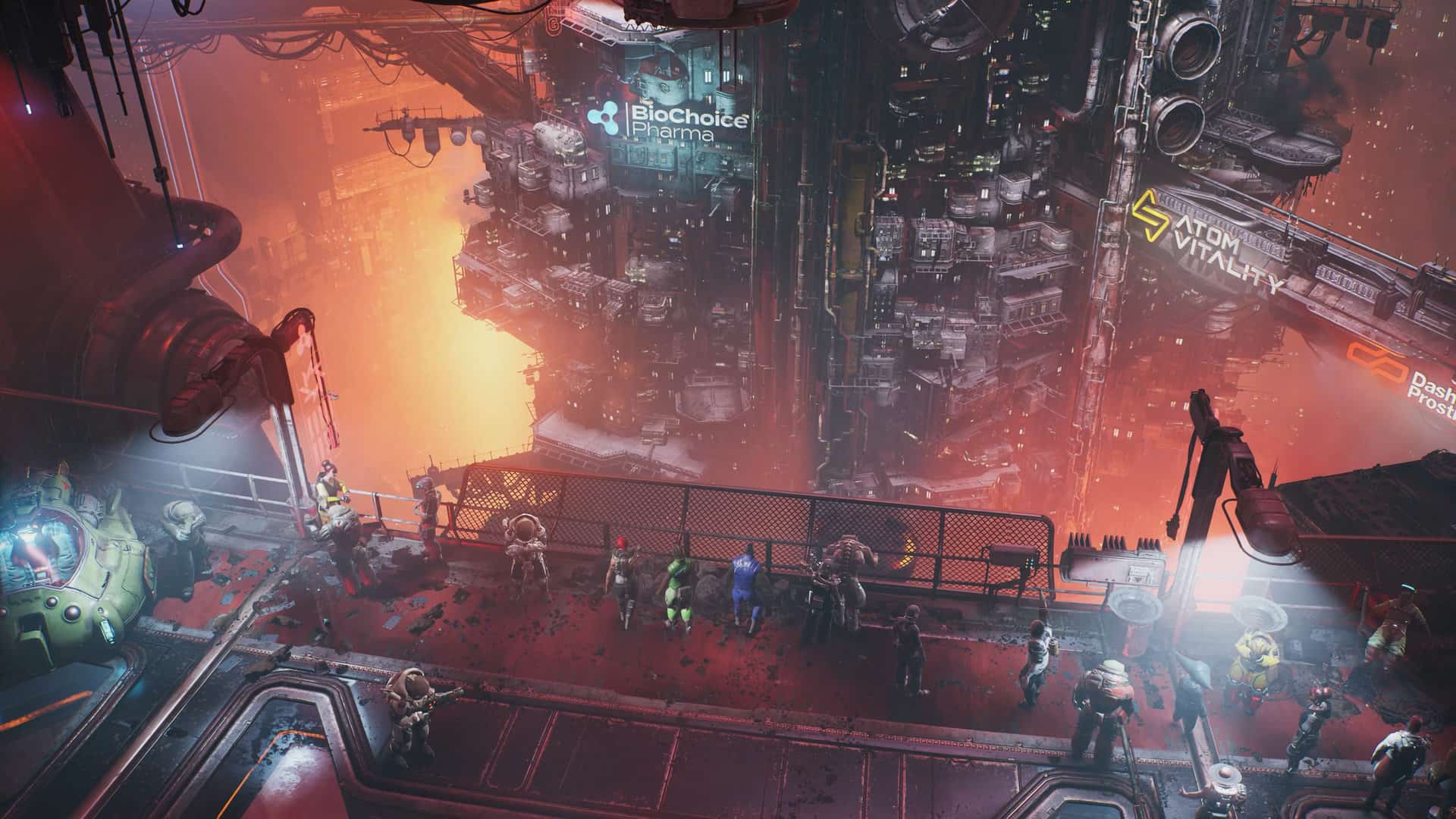 We might think of The Ascent, then, as Cyberpunk: Liberation. Take CD Projekt Red’s city—a steel rainforest, with all its heat, beauty, and bugs—and trim it down to size. You still get the gangs, plugged into glowing visors, wielding katanas, and so forth; you still get the streets, with steam billowing from the noodle bars; and look, you even get a bronze dragon statue, curling up into the downpour. But it doesn’t make you feel blitzed and woozy, the way Cyberpunk 2077 did; we look down on The Ascent, whereas we swooned up at Night City, close enough for it to kick us in the groin.

On Veles, life hasn’t much value in the first place; sadly, there is no Keanu Reeves, whose nihilism, as Johnny Silverhand, seemed well founded (there was plenty of machina around and not much deus) but gave way to a hopeful humanism. We aren’t fighting a war here, but the place is no less a kill zone. Watch as you open fire in a bustling market, and the crowds crumple and scatter like a wearying routine; they know the drill of existence here, even as it bores into them. Still, I’m pleased to report that the boring is anything but boring. Combat in The Ascent has a lift—a sort of bloodied good cheer. Your enemies crank up the pressure, flanking and firing on your cover (you can duck behind walls and spray over the top, evoking the zoomed-out grind of Gears Tactics but lubing it up with live fire), and, when shot themselves, they are mulched in the hail as if chewed on by a chainsaw. 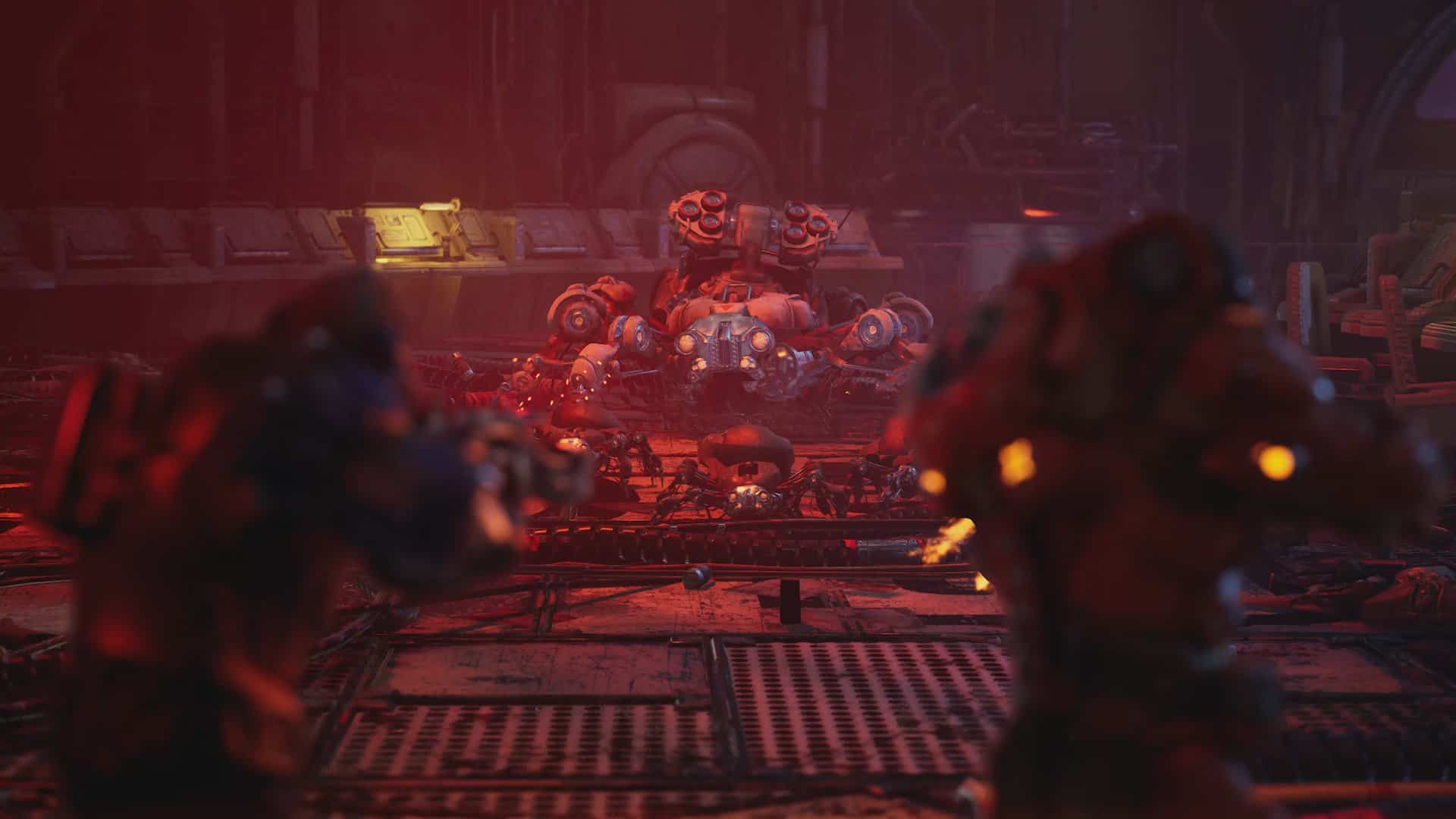 So, why should a game that starts with such dark promise descend, after only a handful of hours, into dullness? The problem is one of variety and scope. Compare Tokyo 42, another high-angled action thriller, whose brutal deeds leaked and splattered across a future-shocked metropolis. Like that game, The Ascent has a bracing dose of black-rimmed humour; an A.I., early on, tells us to “behave or I’ll have you fucking recycled.” But where Tokyo 42—presenting us with an IKEA-bright vision of verdant rooftops, manicured into funky neatness—had the unfashionable gall to suggest that the future may actually be a place we might wish to see, The Ascent falls back on rusty Cybercliché.

In theory, the thrills of both games lie in the relationship between the open city and the anonymous thug: a blank cheque cashed with blood. But the perspective in Tokyo 42, like Syndicate long before it, was pulled back to a cold, blame-reducing distance—isometric with extra ice—and you had to squint to unblur its hero from the throng of ordinary souls. You felt as though you could do anything, and an array of strategies, from stealth to platforming and full-on assault, seemed to flood the frame. In The Ascent, which offers a menu of main and side missions and runs to over twenty hours, there is only one strategy: shoot those in front of you until they are in front of you no longer. True, we get the standard stream of skill points, to feed into our preferred areas: aim, balance, movement speed, etc. And you can upgrade your cyberdeck, the better to melt the circuits of enemies and locked doors. But it all comes back to open-plan gunning, and it takes more than ballistics to persuade us of real freedom.

Its skyline is happy to quote at length from Blade Runner, but the poetry is in short supply.
5 Combat Repetitive 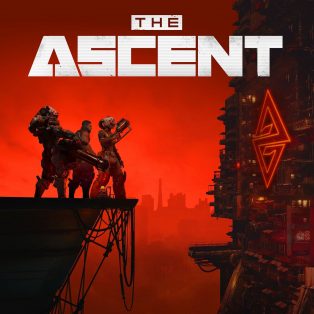