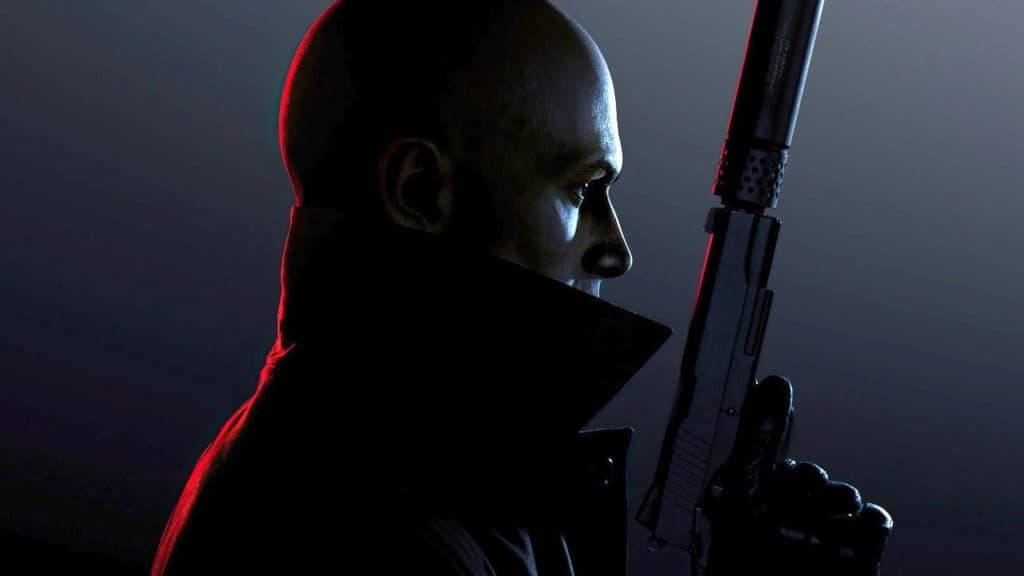 If you wanted to find Agent 47, the hero of the Hitman series, where would you look? Time was, you would stoop to the low places. The back alleys of Saint Petersburg, say, burdened with dirty snow. Or a Romanian abattoir that doubled as a fetish club, with blood smeared across the walls and meat hooks dangling above the dancefloor. Nowadays, 47’s exploits are lighter, gilded with glamour, and you have a far better chance of locating him, at any given moment, by looking up. At the start of Hitman III, in a mission entitled “On Top of the World,” we see him in Dubai, at the summit of the fictional Burj Al-Ghazali (a stand-in for the Burj Khalifa, the Earth’s tallest building—which once acted alongside Tom Cruise, in Mission: Impossible—Ghost Protocol, and came up short). 47 is to drop in, mingle, sample the canapés, pull off a couple of slayings, and parachute to safety. If he can avoid bumping into Roger Moore on the way down, swaying smugly beneath a Union Jack, much the better.

It’s no secret that the developer, IO Interactive, is working on a Bond game—currently referred to as Project 007, presumably in lieu of a more lasting title. And you can see why the studio was given the go-ahead. 47 already has a taste for dark tailoring and epigrammatic quips, loosed as sparingly as shell casings; all he needs is a martini, a toupee, and a pair of zeroes to replace the “4” in his name. The fact is that IO has been killing without the licence for years. 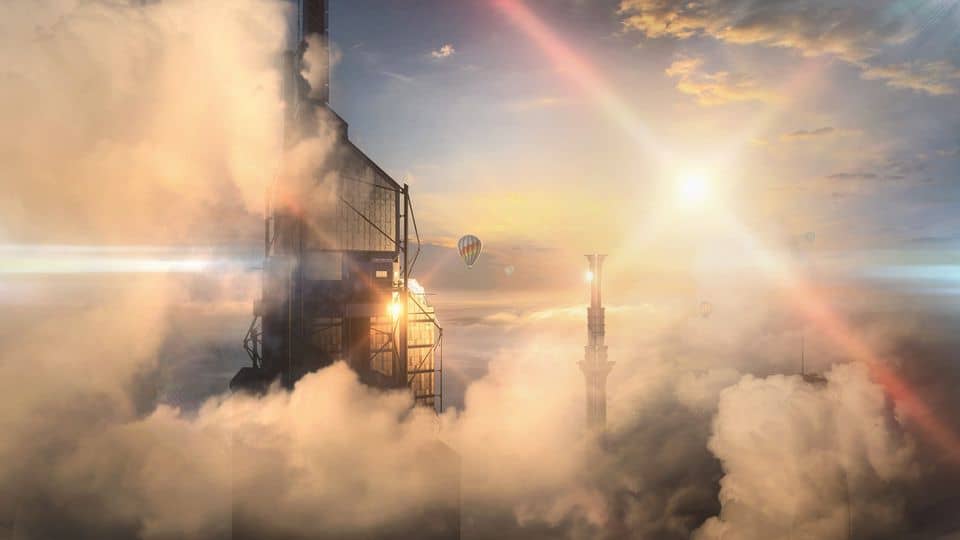 I only wish that the developers weren’t so desperate, as of late, to heighten the resemblance. In the opening cinematic, 47 and a gloomy ally traipse over desert dunes to find a base of gleaming metal, just like the one in Spectre, where Blofeld hid in waiting. At another moment, we gaze at a crumbling country estate and are told, “It began here and it ends here”—the same damp sentiment that hung in the air as Daniel Craig stood, hands plunged into his pockets, and surveyed Skyfall Lodge. The writing, by Michael Vogt and Nick Price, teems with twists but forgets to throw up the occasional strip of straightforward plotting. I spent most of the game without the faintest idea what was happening, and now and then the dialogue felt in dire need of a second draft. When one character describes power as “the thing that gets you to the thing,” I erupted with laughter. Later on, though, it dawned on me that the line had laid the game’s biggest problem bare.

The thing that used to get us to the thing wasn’t the need to foil some globe-engulfing consortium; it was professional obligation, and you need look no further than Hitman: Contracts—whose missions unfolded in 47’s memory, as he lay on a table, leaking from a gunshot wound—to see how gracefully one setting can be scissored into the next. Still, as with Bond, the narrative is only as important as where it takes us, and part of the series’ appeal—especially its rebooted run, designated “the World of Assassination trilogy”—is in the touring of luxury. In this regard, the new game does not disappoint. The Burj Al-Ghazali isn’t a bad way to start: a vertical river of glass, breaking into the heavens and resembling, at its uppermost reaches, a lighthouse on a sea of cloud. Other highlights include a half-frozen train, surging through the grey peaks of the Carpathian Mountains; and a vineyard in Argentina, ripe with festivity for the launch of a new wine—with nothing noble about the rot funding the party. 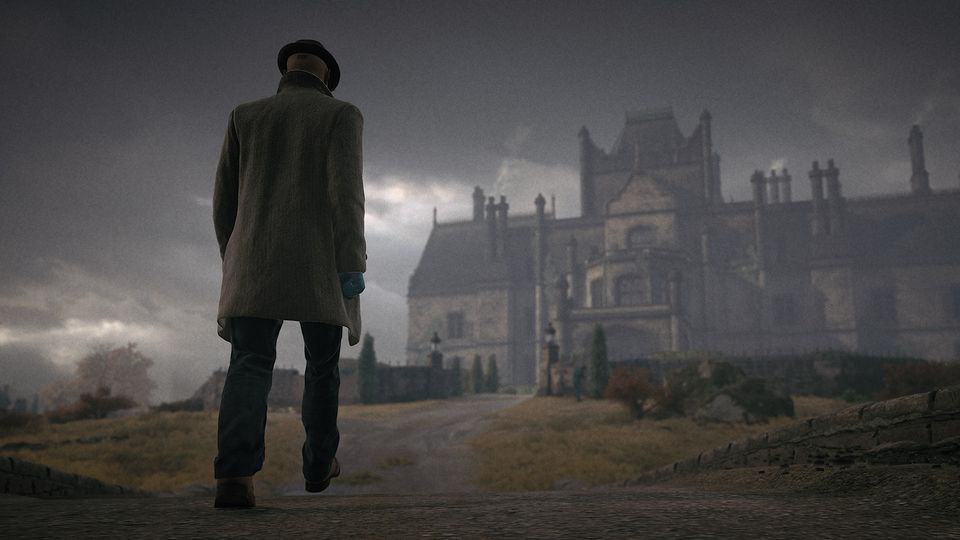 One thing I relished was the way that each map would alter my style. Take the night club, in Berlin, for instance, pulsing with bass and warm bodies. My task was to hunt a team of operatives through the noise, and I was driven to abandon 47’s trademark savoir faire and gun them down, one by one, through a screaming crowd. (The shooting is robust enough to support the occasional rampage, but it’s clear that IO crafts these games with a more measured approach in mind.) My personal favourite has to be the mansion in Dartmoor: a delicious cocktail of brick and polished wood, furred with rolling fog and home to a whodunnit. In a sublime touch, we get to impersonate a detective, snooping through the butler’s pantry and mustering evidence for the lady of the house—who happens to be our target.

This is where Hitman III, and its two most recent predecessors, outdoes the older games. The central mechanic that has always coiled through 47’s adventures is his penchant for sheathing himself in the clothes of his enemies, or indeed of ordinary people, and slipping by unnoticed. Here, IO has vested this feature with fresh power, using it to peel away genres; the stealth thriller becomes, with the donning of a trenchcoat and trilby, the murder mystery. Moreover, each level offers up three “Stories”: sub-plots that often allow us to draw the minor players into our hero’s slick and sanguinary art. In other words, we get the chance to turn the game in on itself—to become an NPC and invite the NPCs to shift into the key players. At one point, for example, I tricked a guard, stationed at a lofty vantage, into taking out my mark with a rifle, sending him a picture of the supposed security threat. This is a curious thrill, familiar to readers of Patricia Highsmith, whose star, Tom Ripley, enjoyed not just killing but the coaxing of uncorrupted souls to the job. 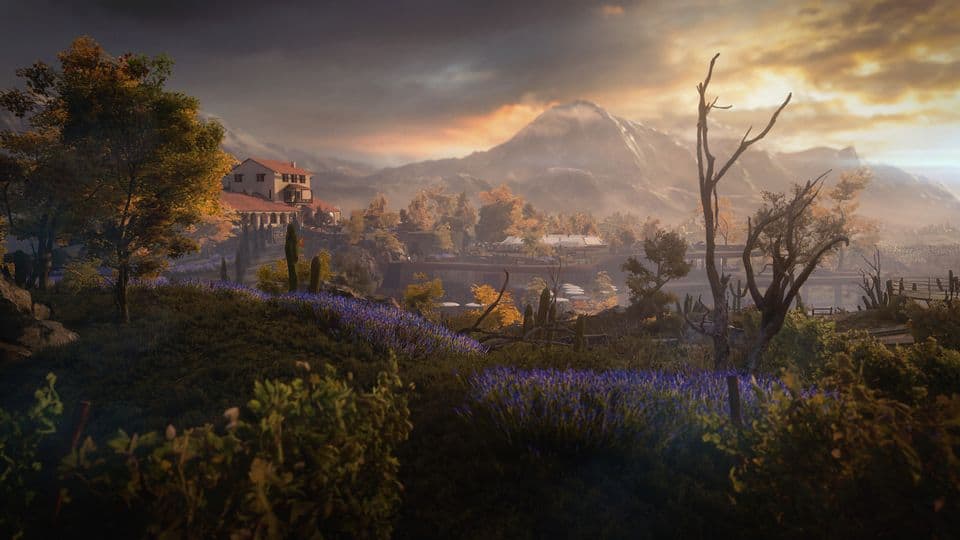 Not that there is much room, in the world of Hitman, for the pure of heart. Most everyone you meet seems oiled with ulterior motives—even the bartenders—and the villains are laughably overladen. They aren’t only media barons or shipping tycoons or whatever; they’re also invariably the scions of families who own most of Manhattan and keep jacking up the rent, or who sold gunpowder in the American Civil War and made a killing. And they’re all controlling the world behind the scenes. In short, they’re Bond villains. As 47 fells each of one them, his deeds are buffed with a noble, planet-saving sheen, and I can’t help but feel as though IO has got the wrong guy. Think of the beginning of Hitman: Blood Money, where our killer was dispatched to an abandoned theme park to snuff out its desperate owner, whose life had already rattled off the rails. It was a miserable job—done, as the title made clear, for money. Despite the surface similarities, 47 could never be Bond; surface similarities, like clothes, are there to be shuffled off.

That’s why, as much as Hitman III was a pleasure to play, it left me longing for the mood of the old games—for that European concoction of sirens and splashing rain, drenched in Jesper Kyd’s cold scores. I’m as excited as anyone for Project 007, but I wonder how long we will be left looking for 47—a wraith in a red tie, who has proven elusive enough to slip IO’s grasp.

That’s why, as much as Hitman III was a pleasure to play, it left me longing for the mood of the old games.
7 Luxury settings Delicious mechanics Writing Atmosphere