Xbox has had a busy 20th anniversary celebration last night, dropping a whopping 76 games onto its Backwards Compatible program now playable on Xbox Series X|S and Xbox One.

The huge list of games covers a wealth of classics from both the Xbox 360 and original Xbox eras. Not only do they include the previously spotted first two Max Payne games, but also Max Payne 3 to complete the set. There’s also all three F.E.A.R. games plus expansion collection F.E.A.R. Files. We’d be remiss not to point out both TimeSplitters 2 and TimeSplitters: Future Perfect too.

Away from shooters, there’s games like Mortal Kombat (the ninth game, despite the self-title) and Skate 2 finally completes EA’s Skate trilogy.  There’s also Star Wars games like Jedi Knight II Jedi Outcast and stuff like minigame spin-off Viva Pinata: Party Animals. Seventy-five-plus games is a lot to fit in a news post, so handily you can check out the infographic below for the full set.

Every one of these titles includes support for Auto HDR on supported displays on Xbox Series X|S. There’s also resolution increases of up to 4x on the original Xbox games. A load of titles will also benefit from the console’s FPS boost feature. These include 11 of today’s games, 26 from the already existing catalogue including all the Gears of War games and 33 via the Cloud.

The only downside is that it seems this will be the final Xbox Backwards Compatible drop. As per the Xbox Wire: “While we continue to stay focused on preserving and enhancing the art form of games, we have reached the limit of our ability to bring new games to the catalog from the past due to licensing, legal and technical constraints. Thank you for being part of this journey with us.” 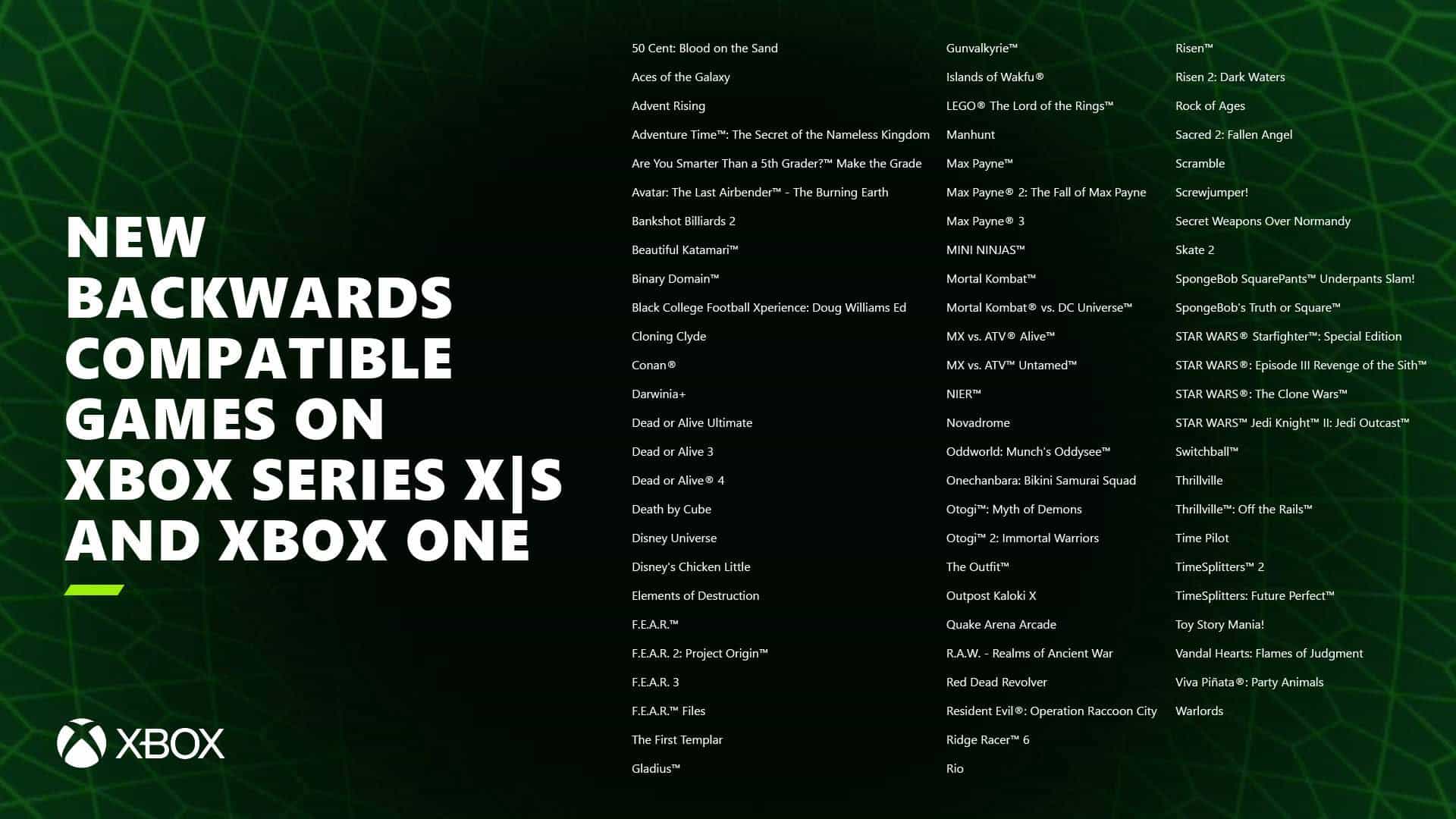