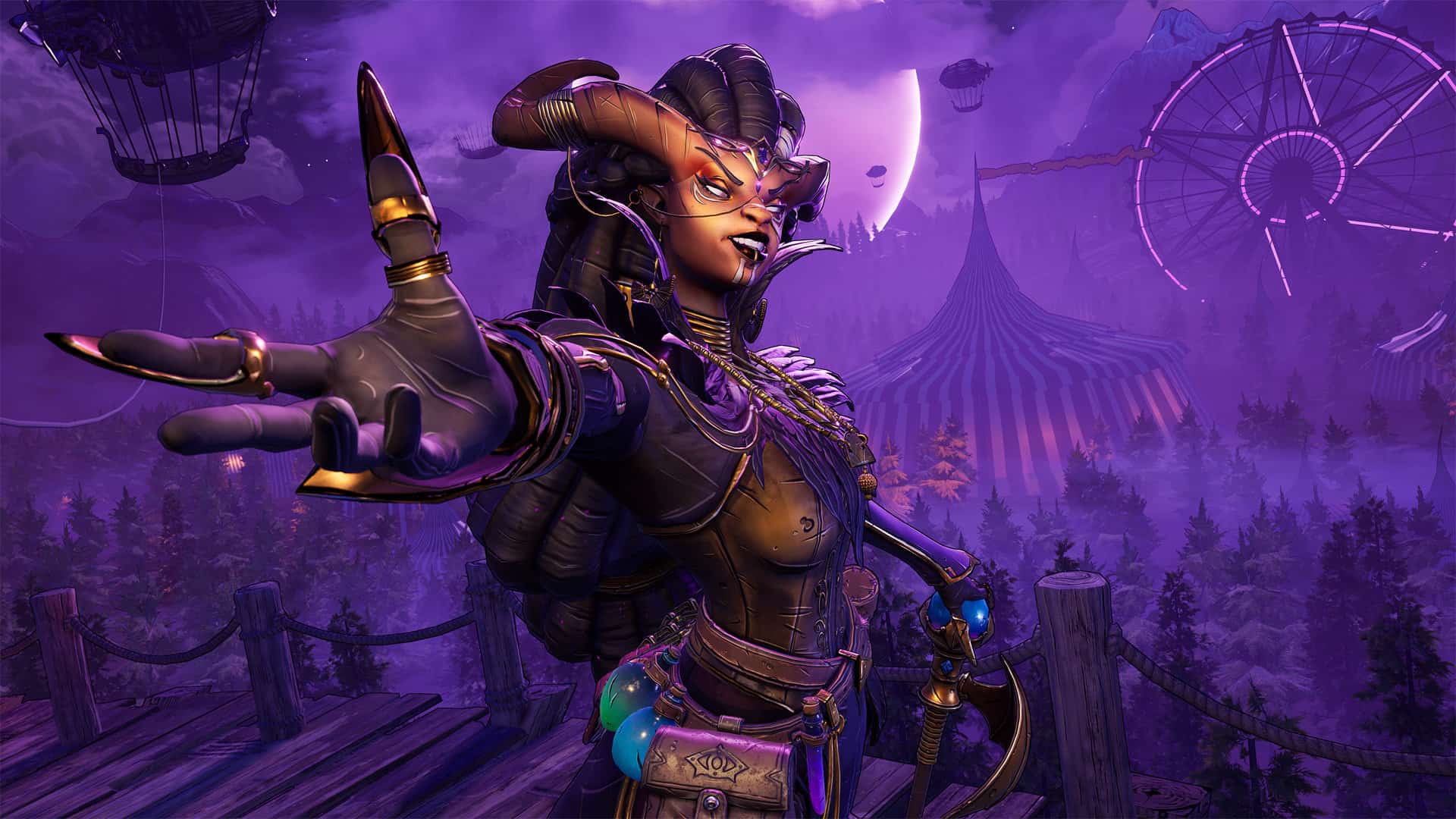 2K & Gearbox have unveiled what players can expect from the Season Pass of DLC in upcoming FPS RPG Tiny Tina’s Wonderlands.

There’ll be four post-launch content drops for the game, promising new bosses, unfamiliar settings and even a seventh class. The framing for the DLC involves an area in the Dreamveil Outlook known as the Mirrors of Mystery. Fortune Teller Vesper oversees this area, and is challenging heroes to peer within for riches and loot.

While specifics are being kept vague, completing each one also adds its content to the Chaos Chamber endgame dungeon. What’s more, is that the fourth post-launch content drop will include a new seventh class. That includes its own Class Feat, two new Action Skills and a unique skill tree. Again, exact details on the class are being kept close to Gearbox’s chest for now. However we do know you’ll be able to mix and match this new class with the others in the game’s Multiclass system too.

The Season Pass will also include some cosmetic items in the form of the Butt Stallion Pack. This includes three Diamond Guard Armour presets and a Crystal Glitter Makeup Pack. There’s also an Adamant Throne Banner Set and a Diamond Hero Statue Material.