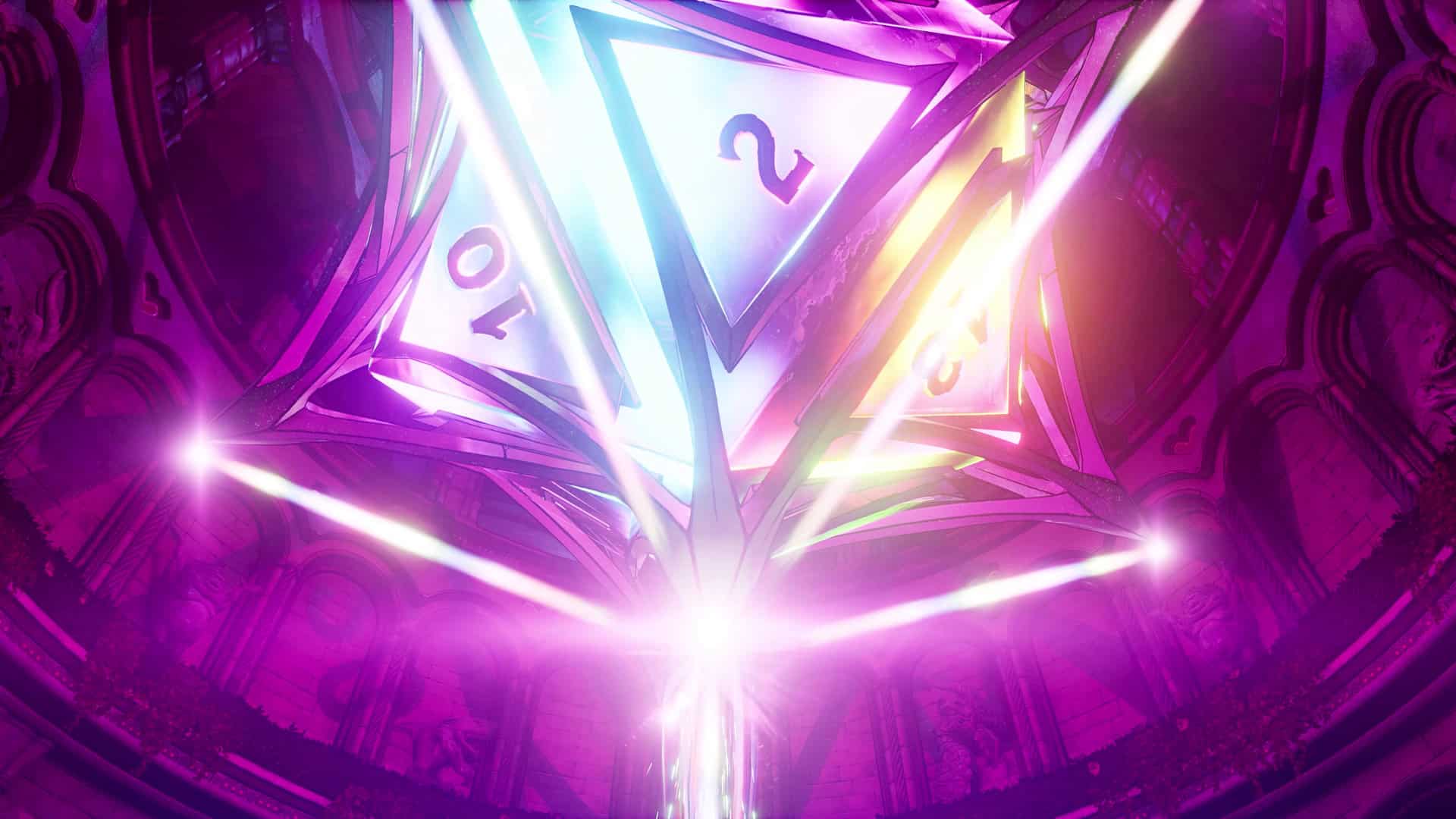 2K Games and Gearbox have taken the lid off Tiny Tina’s Wonderlands endgame content, which has been dubbed the Chaos Chamber.

The Chaos Chamber is essentially a randomised dungeon to test seasoned adventurers in the FPS RPG. Within the portal, players can expect to run through a series of three dungeon rooms followed by a mini-boss. Get through that, and then you’ll take on another three randomised rooms before the main boss. After each room, however, players will be able to select between two portals to determine what they’ll face in the next one.

Along the way, they’ll be collecting Crystals, which can be traded for rewards. You can earn these by completing side quests or smashing a giant rainbow die that will spawn upon completion of each room. Get enough of these crystals, and players can activate an altar that will infer buffs. These can include things like movement speed, critical hit chance, increased ammo capacity and more.

Of course, there’s also the flipside of Blessings in Curses. These will persist across the rest of your entire run, but if you can overcome them you’ll get better rewards. It’ll be up to you whether the reward is worth the risk.

Successfully completing a Chaos Chamber will present you with a chest of desirable loot and Moon Orbs in the Loot of Chaos. You’ll spend Moon Orbs at an Enchantment Re-roller station to tweak the stats of your gear. Here, you’ll also find rabbit statues who can be fed any remaining crystals you’ve been hoarding for even more loot.