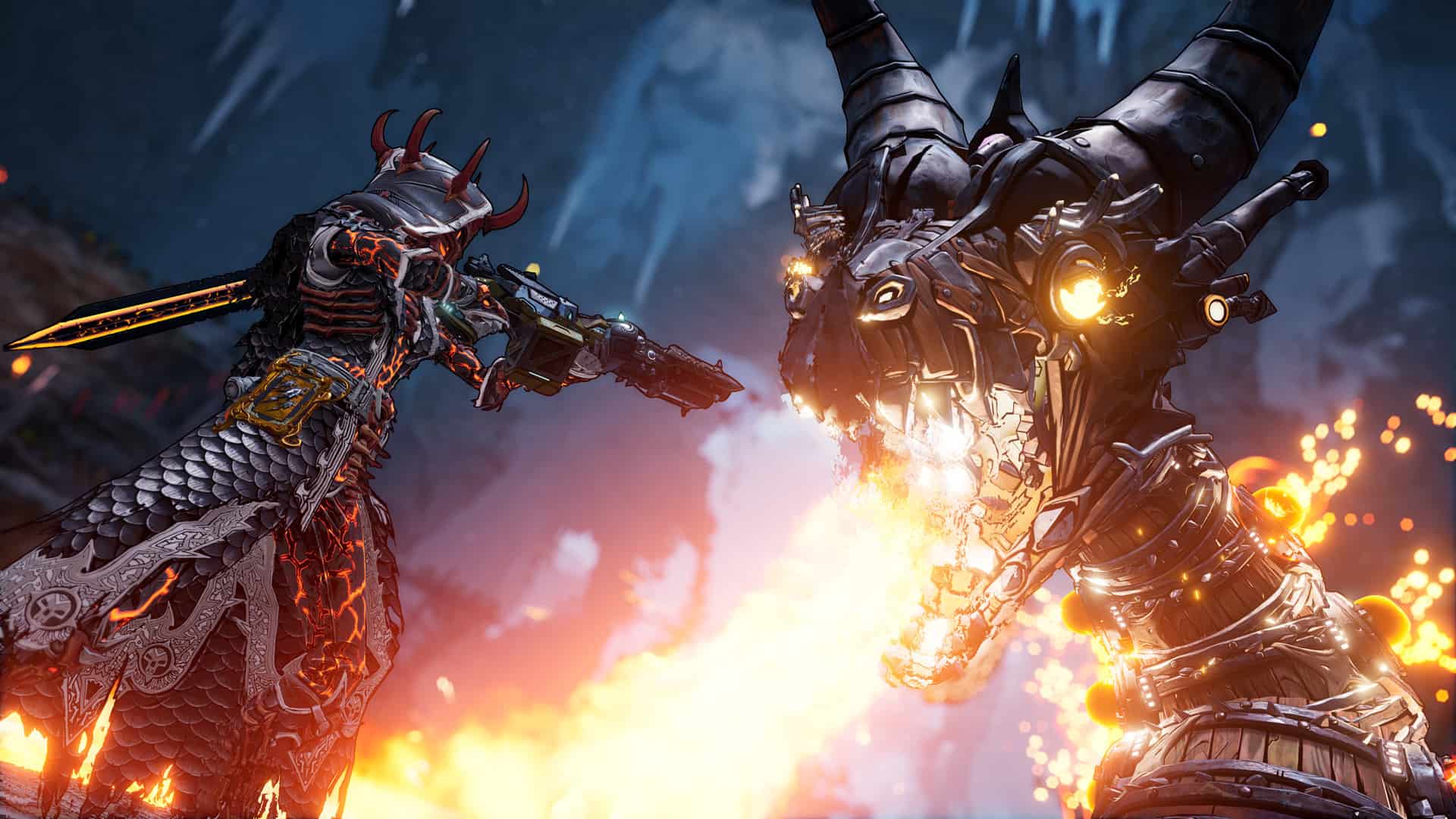 2K and Gearbox have dropped a whopping 20 minute gameplay walkthrough giving us our best look yet at the RPG FPS spin-off Tiny Tina’s Wonderlands.

Presented by the game’s creative director Matt Cox, the footage starts off with a look at the Overworld. This is the tabletop-inspired overworld, where you’ll pick up quests and be able to find secrets and more. Soon enough, we’re brought into a mission, where the action switches to a more traditional first-person view. However, a key difference is proceedings have more of a fantasy styling to parent series Borderlands’ more sci-fi leanings.

If you’ve played the Tiny Tina’s Assault on Dragon’s Keep DLC (and later standalone game), you’ll have a pretty good idea what to expect.  Tina’s narration and “outside factors” change the action in-game, and flavour the sense of humour. The series signature style of OTT weapons and explosions is very much present and correct too, despite the change in scenery.

You’ll want to keep an eye on the stats of your equipment, swapping in and out loot as you wish to up your stats. As we found out previously, you’ll also be able to dual class to further tweak your character to your preferred playstyle. We get to see some of that in action here too.