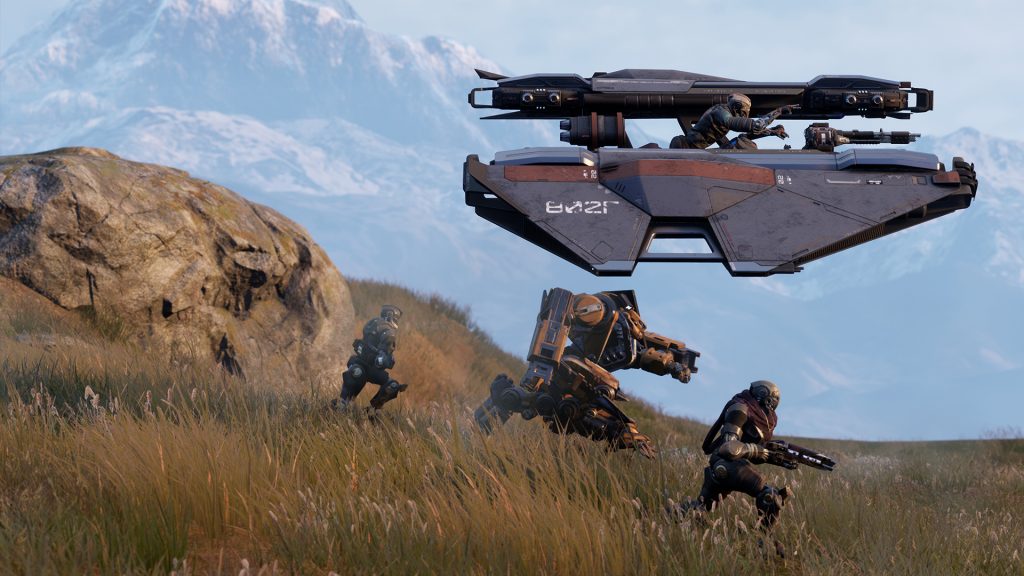 Weetabix is a scam. It’s a con. It’s a ruse. Did you have Weetabix for breakfast this morning? I did. Did you notice that approximately one hour later, you are hungrier than you have ever been before in your entire life? Maybe Duran Duran were in fact talking about this cereal swindle, in Hungry Like the Wolf, and only now is their true message brought to light. Though I am yet to conduct any empirical experiments, I suspect that Weetabix is a foodstuff that is calorifically hollow. It is wholesome in appearance, I won’t deny that. A trusting shade of pale brown. I think perhaps an element of colour psychology is at play here. To incite feelings of being at one with nature, of gallivanting through fields of wheat. Oh, no. This is the real truth. They’ll try and shut me down, but I’ve hidden this conspiracy on a video games news and reviews site. I can say no more. I must shroud this revelation in stories from this week. Godspeed.

In a series of since-deleted tweets, the game design director seemed to announce that his time at Treyarch had come to an abrupt end. ‘I was asked by someone I respect to disconnect my day to day with the Call of Duty world I was apart of. I respect that,’ he wrote, before adding, ‘We have come a long way. I can't help myself in this exact second. I just don't care what it cost anymore.’ Vondehaar’s role at Treyarch was specifically for multiplayer, a feature that has been heavily criticised for its monetisation strategies. Neither Vonderhaar, Treyarch, or Activision have commented on what the tweets were referring to.

During Gamescom Opening Night Live, Hideo Kojima took to the stage with Geoff Keighley to show off the majesty and wonder that Death Stranding will dispense on us lowly peons. That included a section of gameplay where protagonist Sam wakes up, does a wee, and a mushroom grows. Kojima teased that if multiple players wee in the same place, something cool will happen. Geoff himself made an appearance as a holographic quest-giver, and then two more story cutscenes played. We were introduced to Mama, who is breastfeeding a baby from the Other Side. Deadman is a character who maintains Sam’s BB pod, and described how the golden fetus gives him the ability to see the predatory BTs. All very complex and exciting, I’m sure.

Disintegration is a post-apocalyptic tactical FPS from Halo co-creator

A new gameplay trailer was revealed for Disintegration, the first game from developer V1 Interactive that was founded by Halo co-creator Marcus Lehto. The world has been ravaged by environmental disaster, and as a temporary solution, scientists uploaded people into robot bodies. This was all well and good until some robo-people started thinking they were better than the squishy-people. To defend them from the enemy faction, the player will undertake real time strategy from the command of a flying chariot — called a gravcycle — with a squad of outlaw robots. It looks like a hybrid beast of Destiny, XCOM, and Anthem, and I like it.

During Gamescom Opening Night Live, Gears 5 received a new story trailer which had a banging tune. Kait is plagued by gory, grisly visions, which might be connected to the alien encased in a bubble of green gel and hooked up to tubing and wires. The plucky cast of characters will travel to chilly locales, and partake in some icy wakeboarding. And, in the Gears universe, even the scientists are jacked as all hell. Probably sensible to hit the gym and the books, as the Locust threat rises once again. The Horde mode was unveiled earlier this week, introducing Ultimates to each character, and Gears 5 is the most accessible entry to the series to date.

In an exclusive deal with UEFA, eFootball PES 2020 gets the rights to replicate Euro 2020 teams, along with their previously secured deals with Juventus and Manchester United. This is quite the acquisition for Konami, and so that’s gotta sting for its rival golden balls sim, FIFA 20. ‘Our teams have pulled out all the stops to secure the biggest and best licenses possible for eFootball PES 2020; quality licenses that match the level we set each year when it comes to gameplay,’ said Jonas Lygaard, Konami’s senior director of brand and business development. The Euro 2020 DLC will be a free download coming to the game in spring next year.

Boy howdy. Yakuza 3, Yakuza 4 and Yakuza 5 have been remastered for the PlayStation 4, with improved English scripts and including content that was previously cut from the Western release. The mahjong, shogi, and cabaret minigames are back in to Yakuza 3, but some material has been removed such as a trans woman’s pursuit of Kiryu. In an interview, series producer Daisuke Sato said, ‘since we had to change some content anyway, we felt we should update the content for the current age when we're releasing this game.’ The Yakuza 3 remaster is available now, Yakuza 4 will unlock on October 29, and Yakuza 5 will be released February 11 2020.

Modern Wolf is a publisher built on three central tenets; ‘ethical game development practices’, a ‘zero tolerance on crunch’, and partnering with studios that ‘are largely underrepresented in this industry.’ It already has five indie strategy, platformer, roguelike, and simulation titles under its wing. Ostranauts is a ‘noir spaceship life sim’ with a dysfunctional crew, Rogue State Revolution is a geopolitical thriller playing as the democratically elected president of a Middle Eastern country, and Skeleton Crew is a dungeon crawler with pinball mechanics to destroy enemies, with enemies. Along with Superhot Presents, Modern Wolf is another helping hand for independent developers to realise their projects and reach new audiences.

Last year, Riot Games was hit with a lawsuit claiming the toxic workplace it had produced – through encouraging sexist behaviour and ‘bro culture’ – stifled the careers of its female employees. Now, a settlement agreement has been reached between the plaintiffs and the publisher, as announced in a statement from Riot. ‘We made a commitment to Rioters that we would be willing to take the steps necessary to build trust and to demonstrate that we’re serious about Riot evolving into an excellent place to work for all Rioters,’ the statement read. ‘We chose to pivot and try to take an approach that we believe best demonstrates our commitment to owning our past, and to healing the company so that we can move forward together.’ The courts have not finalised the settlement yet, so the details are still unknown, but this is an effective commitment to improving the inclusivity of the company’s workplace and of the industry more widely.