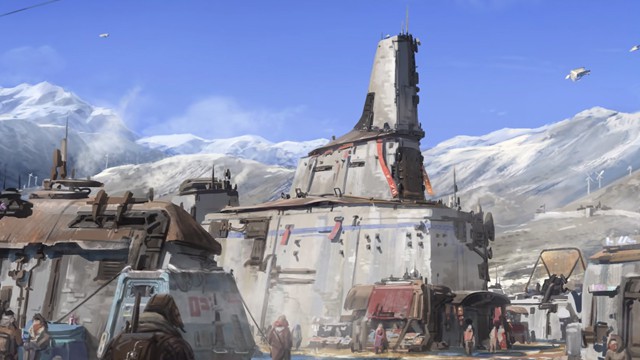 Bethesda has offered up a series of videos with developer insight into some of the locations in upcoming space-faring RPG Starfield.

The videos (as spotted by XboxAchievements) take a look at three locations; namely New Atlantis, Akila City and Neon. While brief, each video shows off some concept art while narrated by the game’s design director Emil Pagliarulo.

Akira City is the capital of the Freestar Collective, described as a loose confederation of three distinct star systems. The citizens of the city believe in personal freedom, and expressing themselves. However, they tend to stick to the safety of the walls of the city, as the land beyond is home to deadly alien predators.

Next up, New Atlantis is the capital city of the most powerful military faction of the game, the United Colonies. It sounds like this city in particular will act as a potential hub area, with people from all different cultures, races and ethnicities to be found.

Finally, Neon is a pleasure city. Built by the Xenofresh Corporation, it was intended as a fishing platform until they discovered a species of fish that had psychotropic properties. That was enough to convince them to turn it into a place where people can experience the drug, and the only city in which it’s legal.

You can check out all three trailers for yourself below.  Starfield is set to launch on Xbox Series X|S, Xbox One and PC on November 11, 2022.

Starfield gets an extended gameplay reveal at the Xbox & Bethesda Showcase