Mortal Kombat 11 is the quintessential example of slipping back into a pair of comfy, albeit slightly battered slippers. Well, that, or meeting up with an old mate on a night out and getting rat-arsed until 3.00am. And that’s fine: familiarity isn’t a bad thing, right? Mortal Kombat 11 delivers this in spades. Developer NetherRealm has perfected its ballet of bone-breaking, claret-spilling fisticuffs, and it feels as brilliant as ever. But it’s the fresh wrinkles here that make it the most tactically rewarding, content-rich Mortal Kombat game to date.

Fighting game narratives were never much cop; at least, not until NetherRealm proved, with 2011’s Mortal Kombat, that you can actually weave a decent story in the midst of punching people in the face. Mortal Kombat 11’s effort is pleasingly rewarding, in a bombastic, utterly daft way. Here, new Big Bad Kronika is bent on using her time-manipulating wizardry to forge what she calls the New Era, which basically acts as a catalyst for Earth Realm’s heroes to meet up with their younger selves, punch people in the face some more, and restore balance to the realms.

It’s compelling stuff, acting as both a great way to get to grips with a myriad of characters while soaking up some blood-drenched lore in the process. It’s full of Hollywood spectacle, marrying adrenaline-pumping setpieces with some surprisingly strong performances and challenging punch-ups across its 12 chapters. Plus, Johnny Cage gets to thump his flashy, arrogant younger self in the balls. Brilliant. 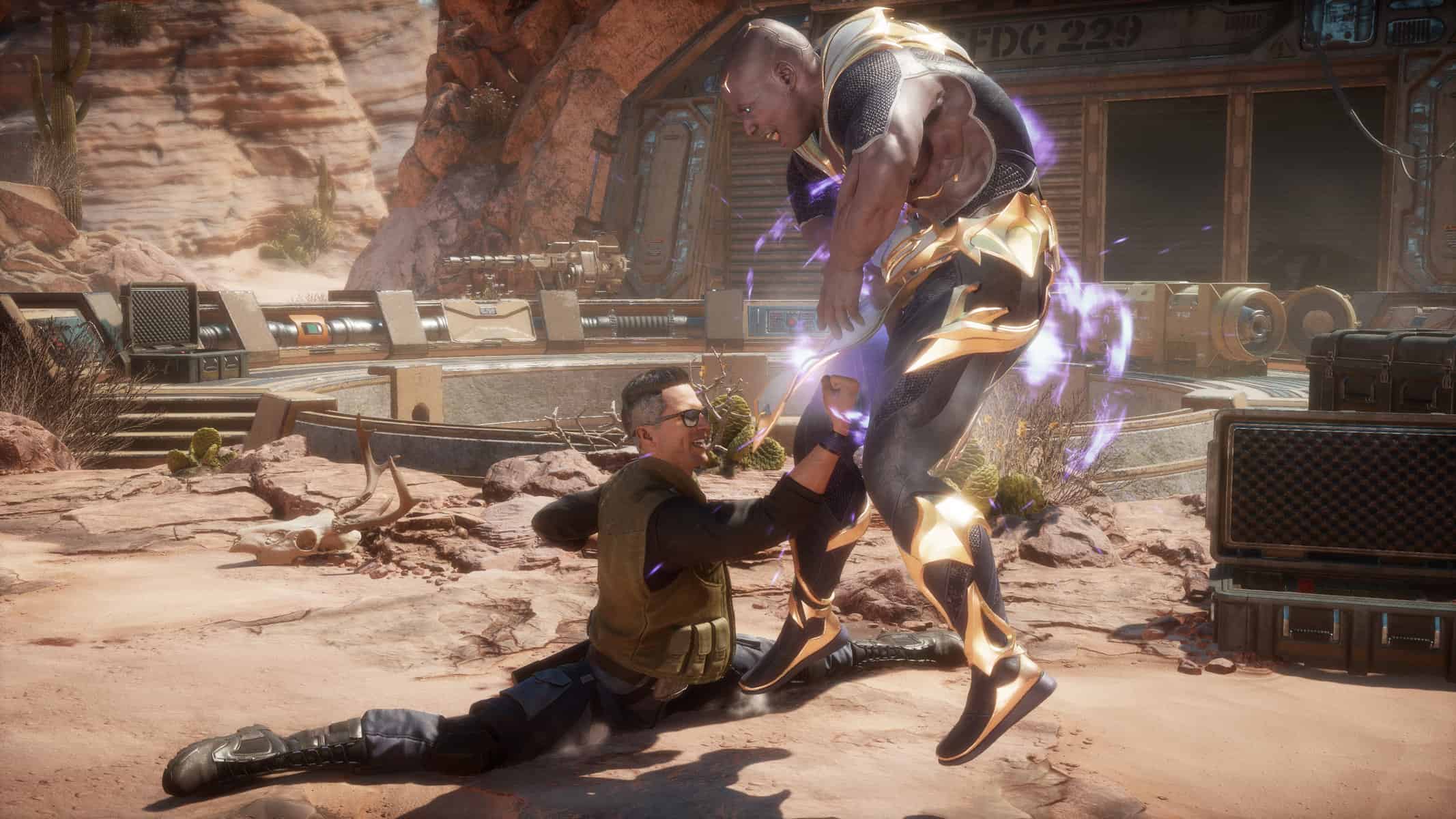 Mortal Kombat 11’s roster is a diverse beast, although as a long-time fan, there’s a couple of conspicuous absences. No Reptile, really? Having said that, new additions such as Geras, Cetrion, Kollector, and others are a welcome change of pace. Each feels unique, and is a perfect complement to the existing lineup of old faces including Scorpion, Sub-Zero, Liu Kang, Kano, Sonya, Jax, Cassie, and more. Meanwhile, the bread-and-butter beat-downs are as gruesome and satisfying as they’ve always been. Mortal Kombat has lost none of its cinematic flare; fists and feet collide with gratifying oomph, while the new Krushing Blow effect – activated by interrupting an opponent’s high attack – sees rib cages splintered and jaws fractured, allowing you to further extend juggles to boot. Fatal Blows meanwhile add a fresh spin on the old X-Ray manoeuvres. These brutal attacks can now only be executed when you’ve taken a significant beating, and are as wince-inducing as you’d expect. Organs are shattered, eyes impaled, and buckets of the red stuff are spilled all over the place in a tornado of near-caricature violence. And it’s ruddy great.

Expectedly, all characters have a muscular repertoire of moves to learn, and when you dive into the more complex movesets – such as counters, perfect blocks, and punishes – Mortal Kombat 11 becomes an incredibly intricate, gratifying game of fisticuffs. If you’re willing to put the time in, that is – and you should, especially as there’s a brilliant tutorial to give you a helping hand.

NetherRealm has also beefed up the strategic side of combat by giving you two bars – offense and defense, found on the lower left-hand side of the screen – to govern in the middle of a ruck. These can unlock advanced techniques such as extricating yourself from a juggle or amplifying the power of a single move, such as Scorpion’s iconic spear or Liu Kang’s bicycle kick. It’s heaps of fun to pull off these moves in the heat of a punch-up, requiring meticulous timing and careful management on your part– and it feels so rewarding when you do. 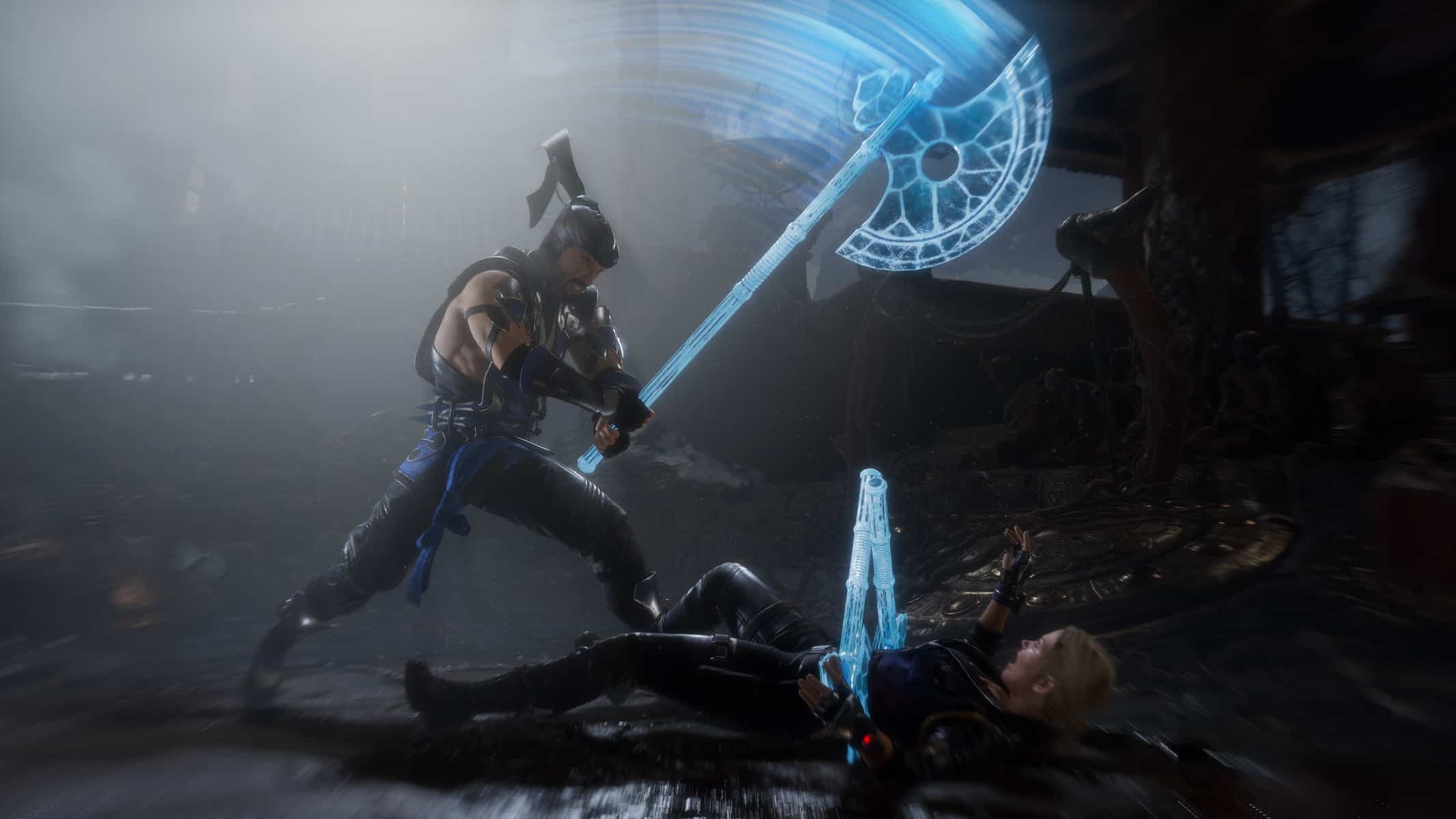 Meanwhile, the Krypt makes a comeback, this time as a third-person mini-adventure as you bust open chests amids the cobwebbed, corpse-ridden halls and stone corridors of Shang Tsung’s old gaff. There’s also a couple of narrative threads that punctuate the loot-hoovering antics, which reveal the fate of some missing combatants. And yes, there’s loot – a shit load of it, in fact. Mortal Kombat 11 has a robust customisation suite, where you can kit out everything from winning poses, gear, outfits, Fatalities, and the chance to augment key items for packing an extra punch.

I found the abundance of currency (there’s not only Koins, but countless other bits and bobs used for specific unlocks) a bit overwhelming, but the process of obtaining loot is addictive once you figure it all out. Is it needed? Not really. But the chance to fully kit your character out in the manner you see fit gives Mortal Kombat 11 a more personalised experience than previous games ever achieved.

Towers return, too, and there’s two flavours to satiate your bloodlust: Towers of Time and Klassic Towers. The former are tough, and reward character-specific loot as you grind your way through opponents, while the latter are your old-school, arcade-style experiences where you duff up a set number of enemies to unlock your chosen kombatant’s ending. You can sink hours into Towers, and while arbitrary difficulty spikes can, at times, marr the experience, they’re still fun. Meanwhile, pitting your character against human opponents is a must-have, with a robust multiplayer infrastructure that accommodates online one-on-one brawls, local scraps, and King of the Hill marathons sure to keep you busy for yonks – and most importantly, lag-free.

NetherRealm also flexes its creative muscles in the Fatality department, conjuring up some of the most grisly post-match dismemberment in the series to date. Heads don’t just roll; they’re fucking obliterated, broken bodies and chunks of flesh splattering all over the shop in a disturbing, yet oddly satsifying manner. Seriously, some of this stuff is just jaw-droppingly gruesome.  It also helps that Mortal Kombat 11 is a stunning-looking romp.

Blow-for-blow, you can’t really top Mortal Kombat 11. It’s packed full of content to keep you pummelling away for months. It features a stonking story mode, and unequivocally the most technical scrapping the franchise has ever put out. Yes, a few fan-favourites are absent and the loot system is a little bloated, but really, these gripes are inconsequential in the long run. With Mortal Kombat 11, NetherRealm has achieved something pretty close to a Flawless Victory.

Available on: PlayStation 4, PC, Nintendo Switch, Xbox One [reviewed on]

Mortal Kombat 11 sees the franchise at its strongest yet, with finely-tuned scrapping and an ample amount of content providing one of the most rewarding fighting games of the generation.
9 Combat is the best it's ever been Brilliant story mode Tons of content Looks stunning