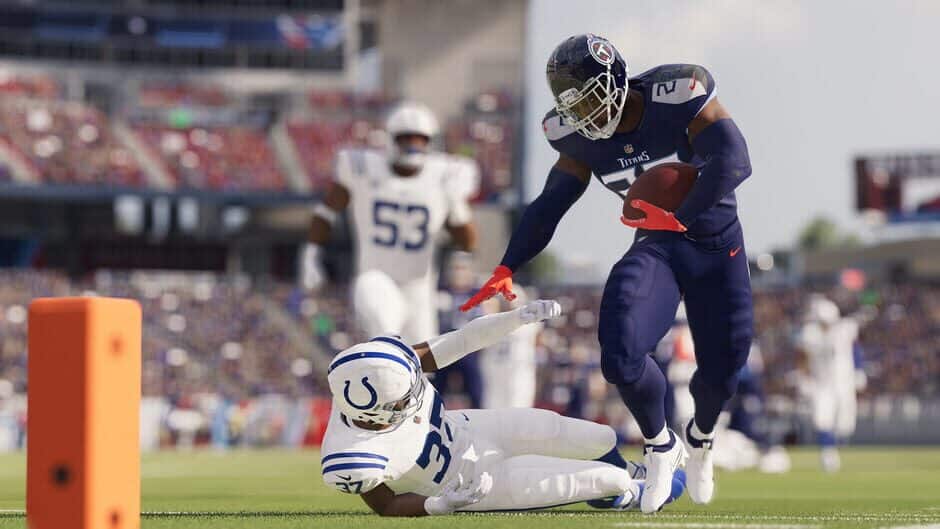 With Thanksgiving just about a week out, Madden 23 has decided to celebrate the biggest NFL holiday of the year by revealing yet another set of Harvest Program players.

The first part of the Harvest 2 reveal took place at 10:30AM ET today on ‘Good Morning Madden’, granting fans the opportunity to check out most of the new players from the release set to be dropped in-game tomorrow. On this morning’s segment of the show, Madden 23 revealed its new Mid Elites, High Elites, and one of the Champions.

READ NOW: In case you missed it, check out the full list of Harvest 1 stars you can get in MUT.

After releasing one stacked drop of Harvest players into MUT last week, Madden 23 followed suit with yet another great set of Harvest cards for this week as well.

Without another moment to spare, here’s a look at all the new players from the Madden 23 Harvest 2 selection.

The Limited Edition (LTD) Harvest 2 players will only be available for 48 hours from the time they are released into the game. Madden 23 selected the following two players as their Harvest 2 LTDs:

Madden 23 did choose to reveal one of its Harvest 2 Champions over their morning live stream today, which was Jeremy Chinn. The remaining Champions were revealed tonight along with the LTDs and Heroes at 6:30PM ET.