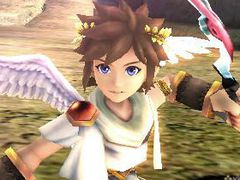 Kid Icarus Uprising was received pretty well, but its control system proved too problematic for some gamers. However, the game’s director Masahiro Sakurai isn”t sure how this could have been improved.

Kid Icarus made gamers use the circle pad for movement and the stylus for aiming. This seemed OK on the surface, but trying to hold the 3DS comfortably and maintain the 3D effect was not possible for some.

To further aggravate those having trouble, support for the Circle Pad Pro to provide left-handed play, made gamers wonder why a dual-stick control method wasn’t provided.

“Considering how close to the limit we pushed the 3DS during development, it’s a miracle that we were even able to provide support for left-handed controls at the point of completion,” Sakurai told IGN. “Providing support for independent analogue control was something that was technically impossible.”

And Sakurai believes such a control method might have been a bad idea anyway.

“I think any game needs to provide new experiences and stimulating things to discover, but if we provided run-of-the-mill controls for it, that cuts down on the game’s potential,” argued Sakurai. “If a player used to touchscreen-based aiming played against someone used to right-analogue control, the first player would probably dominate. The speed is on a whole different level.”

Sakurai has, however, provided some tips to those gamers currently struggling with the controls.

“If there are players who say that it makes their hand tired, that’s because you’re applying too much force,” said Sakurai. “Try to relax and work on building a rhythm to your control. Place the pen in the middle of the touchscreen; when you’re flicking it, take the pen off the screen as you’re sweeping with it, and stop right there. That’s the basic idea.”