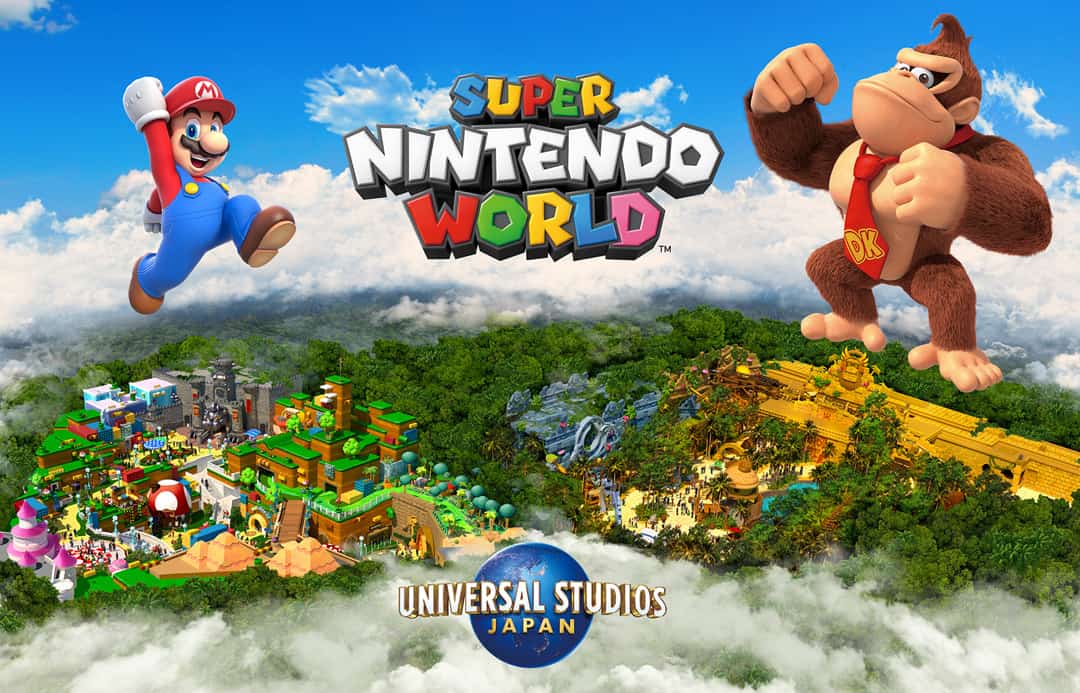 Nintendo and Universal Studios Japan have announced plans to expand their Super Nintendo World theme park with a new area based on Donkey Kong.

A press release revealed the new area will include “a roller coaster, interactive experiences and themed merchandise and food”. Guests to the park will be able to, it says, “take a walk on the wild side through the lush jungles where Donkey Kong and his friends live.”  The expansion will increase the size of the Super Nintendo World portion of the park by a whopping 70%, according to the press release.

Creative minds from both Universal and Nintendo will be responsible for bringing the Donkey Kong area to life. One of this team will be none other than the creator of Super Mario himself, Shigeru Miyamoto. He even provided a quote on his involvement in the project.

“I am very happy to be able to make the world of Donkey Kong a reality following the world of Mario. I am looking forward to creating a thrilling Donkey Kong experience with the amazing team at Universal. It will take some time until it is completed, but it will be a unique area for not only people who are familiar with Donkey Kong games, but for all guests”.

Miyamoto’s been a busy man of late, turning up on last week’s Nintendo Direct to announce the cast and date of the new Super Mario Bros animated movie. This included Seth Rogan as Donkey Kong, and Chris Pratt as Mario. Yeah, we’re still trying to process that too.

Super Nintendo World finally opened to the public back in March, following several delays due to the ongoing COVID-19 global pandemic. The park’s Donkey Kong expansion hopes to be ready to open to the public in 2024.