We’re promised weekly insurgency missions and new gear released regularly following the launch of the game. Available after completing the game’s main campaign, new threats will regularly rise across the island of Yara. All of these will be able to be undertaken either solo or in co-op.

Then over the course of the game’s first year, three special crossover missions will be added to the game. First off is Danny & Dani vs. Everybody that sees movie star Danny Trejo team up with you. Of course, he’s also bringing his trademark Machete for the mayhem. The second of these missions is called Rambo: All The Blood. This will see a “Rambo superfan” (so not Stallone himself, sadly) join you for a mission seemingly based around Rambo First Blood Part 2. Finally, The Vanishing will see the game crossover with Netflix series Stranger Things.

The video also goes into further detail on the content coming in the game’s season pass. We already knew that we’d be playing as villains from Far Cry games past in each episode, but now we get a better idea of how it’ll work. It seems to be a kind of roguelite-based mode, where you’ll start with nothing. Killing enemies and collecting resources will allow you to return to base to upgrade your equipment. Dying won’t be the end, and you’ll be “dying and retrying” a lot as you get stronger and eventually, escape each villain’s own mind.

You can check out all the details in the Far Cry 6 post launch trailer and roadmap below. Far Cry 6 lands October 7 on Xbox Series X|S, Xbox One, PlayStation 5,PlayStation 4 and PC. 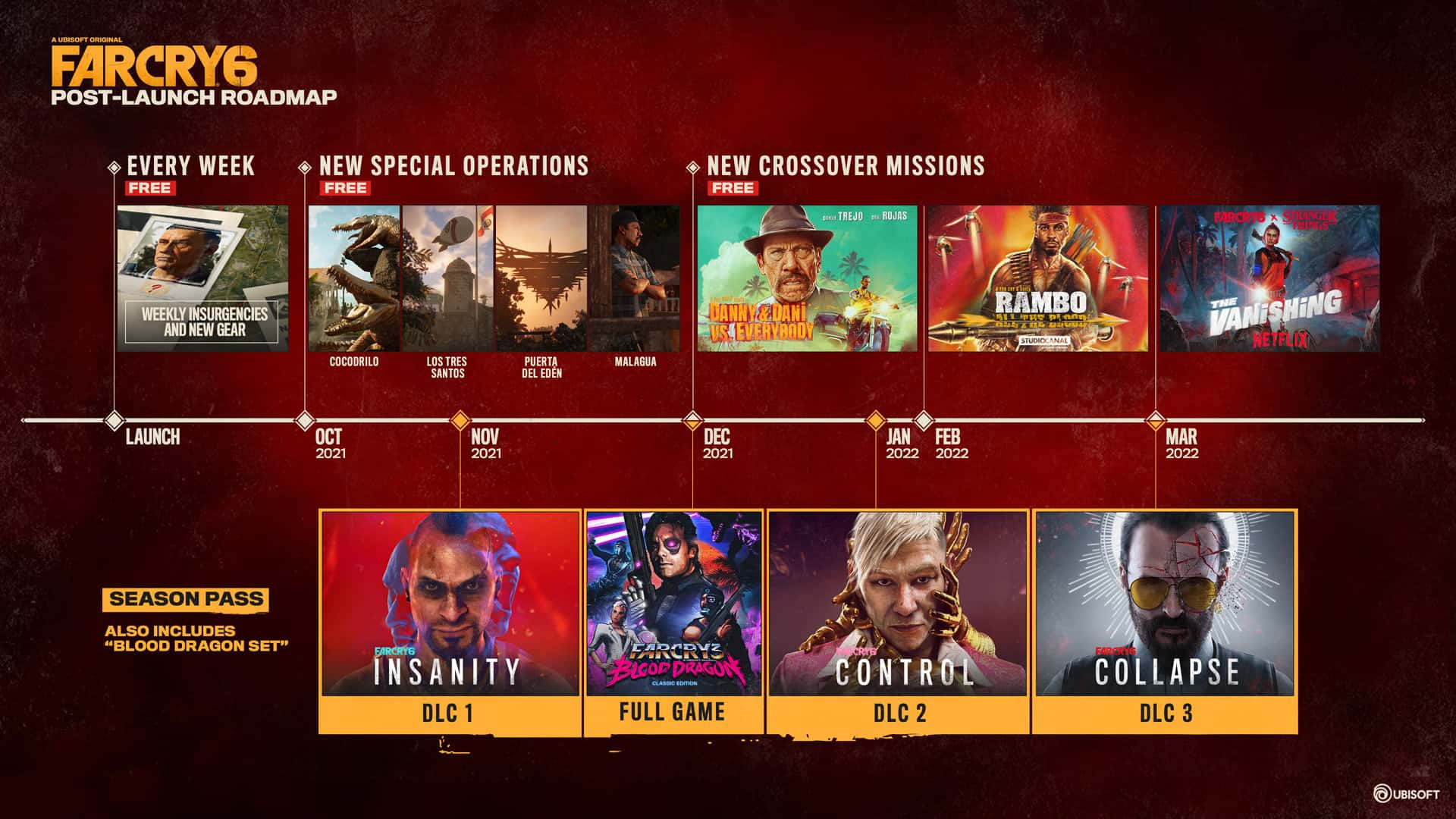