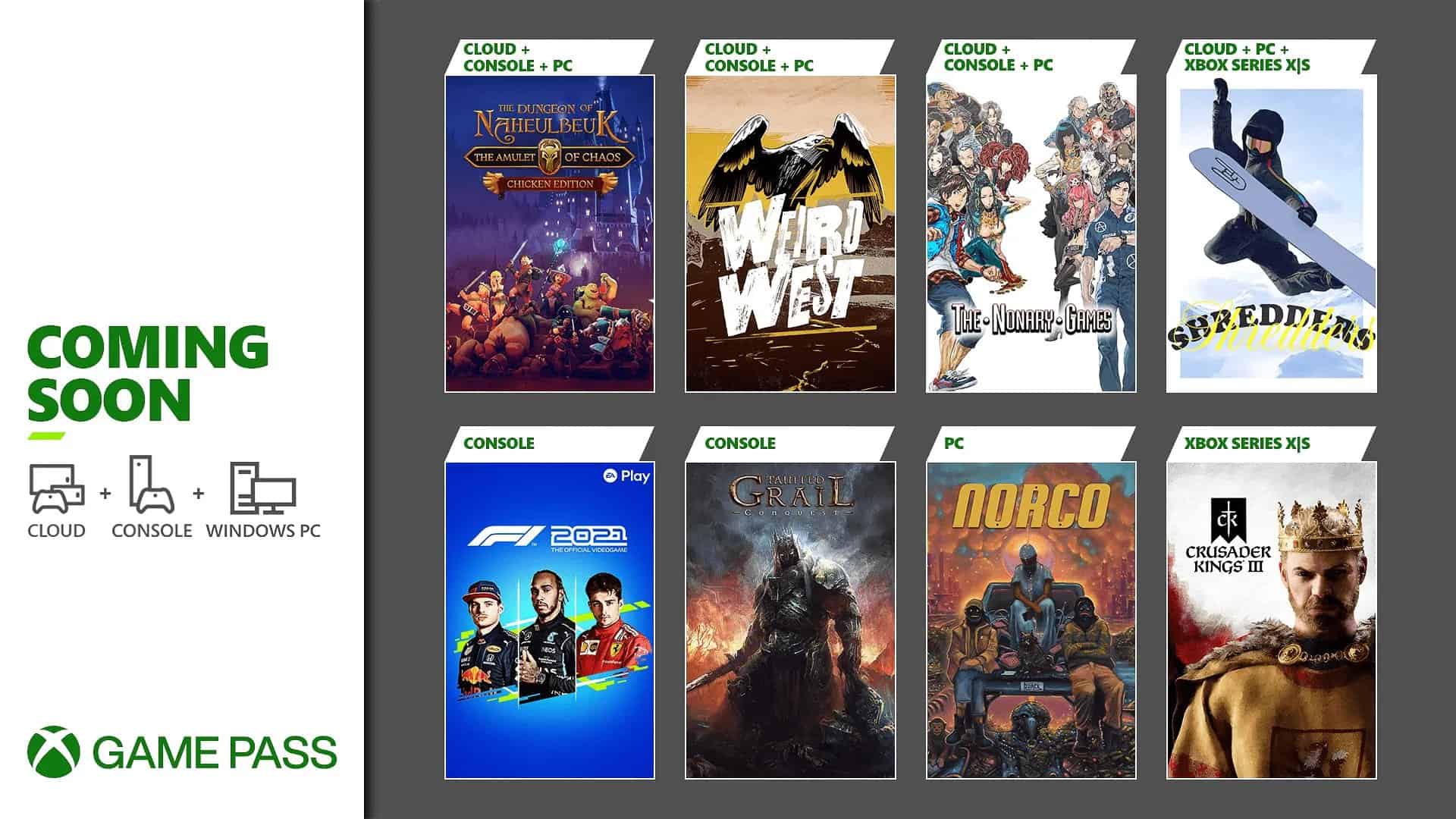 Xbox has confirmed the late March offerings for Xbox Game Pass subscribers coming over the next couple of weeks.

Proceedings kick off on March 17, when Shredders carves its way onto PC, Xbox Series X|S and Cloud. It’s a day one launch title on the service and has been inspired by Xbox classic Amped. That’s joined on the same day by tactical RPG The Dungeon of Naheulbeuk: The Amulet of Chaos, on Console, Cloud and PC.

March 24 brings another PC exclusive, with point and click adventure Norco launching day one on Xbox Game Pass. Consoles meanwhile get to enjoy another great Codemasters racer, as F1 2021 arrives on Xbox Game Pass Ultimate via EA Play on the same day.

Following those two, grand strategy Crusader Kings III is another game jumping from PC to console, arriving on the service on March 29.  Finally, Weird West arrives on Xbox Game Pass on Cloud, Console and PC from March 31. It’s a dark fantasy reimagining of the wild west and comes from some of the brains behind Dishonored and Prey.

As the Xbox Wire details, nine more games also get Xbox Touch Controls when playing via the Cloud on mobile. Three further games will be leaving Xbox Game Pass in March: Madden NFL 20, Narita Boy and Shadow Warrior 2. Destiny 2: Beyond Light, Shadowkeep and Forsaken will also leave the PC version of the service two weeks later, on April 11.