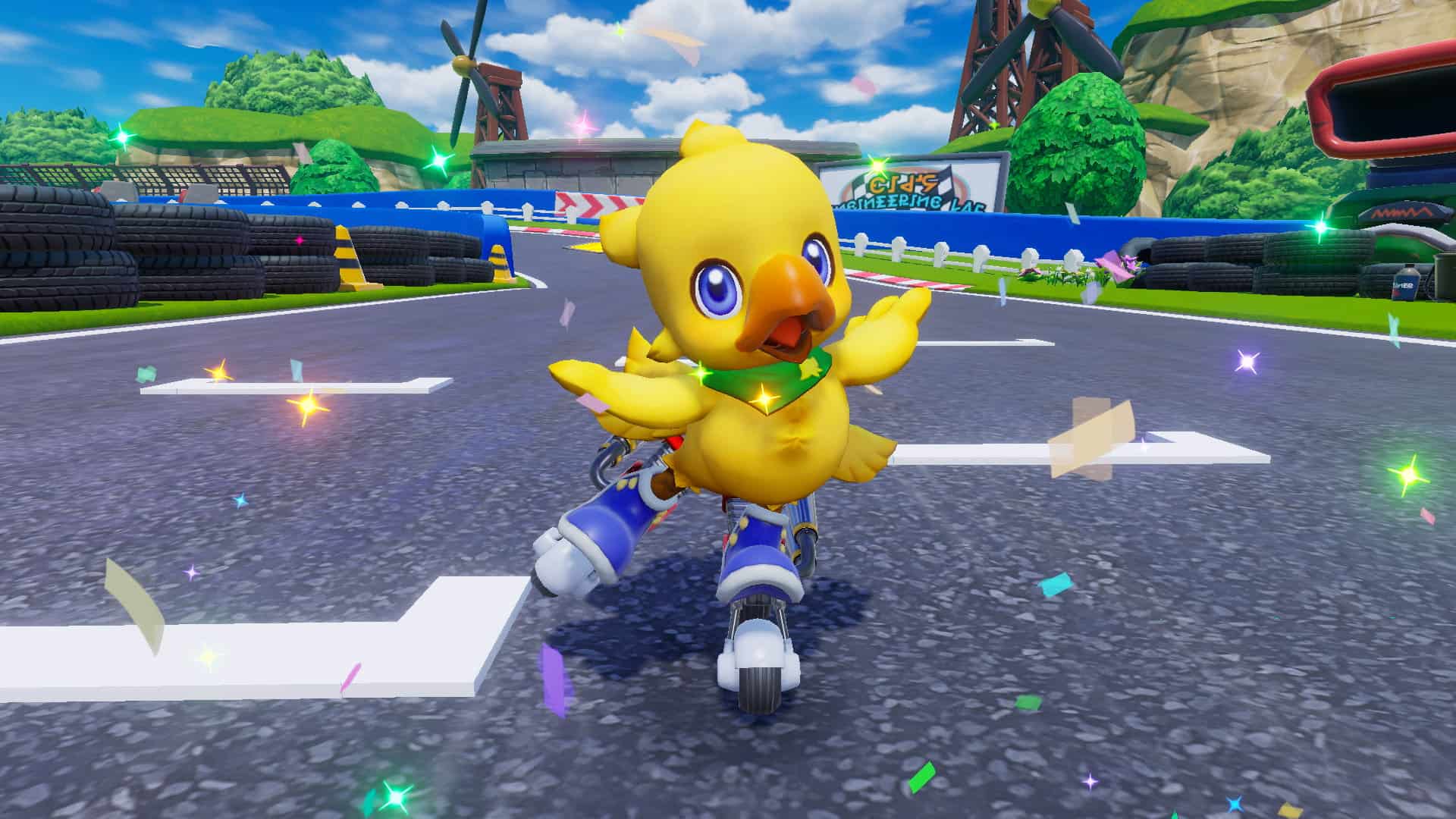 The game was first announced by Square Enix back in September and includes a whole host of characters from across the RPG series. Each one has their own abilities and variants, and you’ll also be able to equip Magicites to use as power ups like Fire.

There’s several modes to pick from, including a Story Mode campaign to unlock new racers. Series Races allows you to play four races in a row, Time Attack which lets you race ghosts of yourself or others, and even Custom Races. Finally, a Chocobo GP Mode allows up to 64 players to race in a large knockout tournament that includes a seasonal pass with rewards.

Chocobo GP will also be available at launch in a Lite version. This will be like an expanded free demo, that allows you to play the Prologue of Story Mode and local and online multiplayer with a limited roster. You’ll also be able to join races hosted by players who own the full game, and even play in the 64-player Chocobo GP mode. Any items and currency as well as your save data from Chocobo GP Lite carries over into the full game, should you choose to upgrade.

Check out the trailer for yourself down below. Chocobo GP lands exclusively for the Nintendo Switch on March 10, 2022.