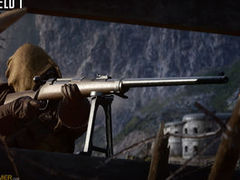 The beta is scheduled to begin next Wednesday, August 31, meaning that if you signed up to become a Battlefield Insider, you should gain access on Tuesday, August 30. Look out for a code in your inbox next week granting you early access.

If you haven’t yet signed up to become a Battlefield Insider, however, you’re already too late. Early access will only be granted to those who registered by August 21.

Earlier today, Czech Republic website Zing reported that Battlefield 1’s open beta is due to run for nine days until September 8. EA has yet to formally announce an end date, however.

Battlefield 1 launches on PS4, Xbox One and PC on October 21.