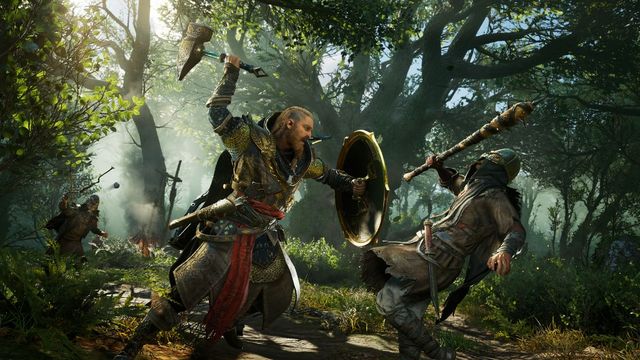 Baptizat was a lead designer for Assassin’s Creed Origins and then directed Valhalla, cementing the series’ current identity. Baptizat had been with Ubisoft for sixteen years.

As reported by Axios, “Neither EA nor Baptizat are commenting on the move, though it’s sure to drive further interest in Motive.”

This is an intriguing move, not just because of the talent involved, but because of certain other rumblings. Last week, rumours spread that EA Motive (the studio behind the recent Star Wars: Squadrons) is bringing back Dead Space. EA is yet to confirm of deny this.

The rumour came from Gamesbeat’s Jeff Grubb, who said Motive are working on “an established IP,” adding, “I think you’ll be happy.” Then, speaking about the upcoming EA Play Live event, scheduled for July, Grubb said, “We’re going to see it, if we’re not dead first.”

So there you have it. Could Baptizat have been pouched from Ubisoft for the purpose of rebooting a beloved IP? Indeed, after eight years of hypersleep, is that IP so beloved anymore? Certainly, the original game is.

Reviewing the game for VideoGamer, Wesley Yin-Poole said, “Dead Space is a superb survival horror romp that’s guaranteed to scare. If you like Resident Evil 4, you should definitely go out and buy this game right now.”