Ubisoft has announced that it’ll be bringing Assassin’s Creed: The Ezio Collection to the Nintendo Switch from this February.

In addition, all three games have received some extra Nintendo Switch specific features to take advantage of the hardware. These include Handheld Mode, HD rumble, a Touchscreen Interface and Optimised HUD.

If you’ve never taken a look at the earlier days of the series, the Ezio Collection of Assassin’s Creed games take place around Renaissance era Italy. Assassin’s Creed II takes in locations such as Venice, Florence, Monteriggioni and Tuscany. Brotherhood would then focus in the action around Rome, before Revelations takes us to Constantinople as Ezio tracks down secrets laid down by the first game’s protagonist, Altair.

The trilogy also serves as the cumulation of the story of the series’ original modern-day protagonist Desmond Miles. Brotherhood and Revelations also introduced multiplayer to the series, although sadly it seems that won’t be included in this collection.

You can check out a trailer for the collection below. Assassin’s Creed: The Ezio Collection will arrive on Nintendo Switch on February 17, 2022. 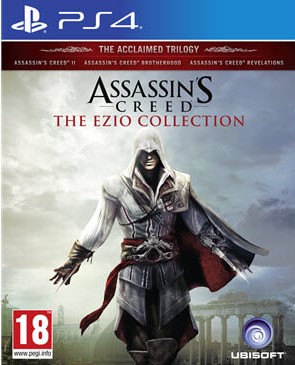