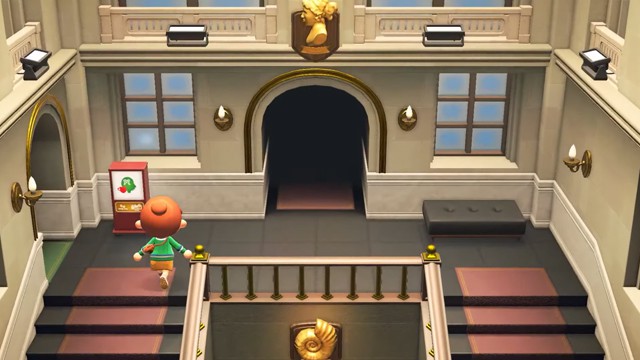 Nintendo have dated their next upcoming Direct broadcast, this time focusing on Animal Crossing: New Horizons.

It was revealed during last month’s Nintendo Direct that coffee-loving pigeon Brewster would finally be making his way to the game this November. A teaser video during the broadcast showed the player villager discovering a sign in the museum leading to his shop. However, not much more was revealed, but we were promised more information this month.

It seems it’ll be quite a substantial update, as Nintendo have put aside “roughly 20 minutes” of information on the presentation. It’s notable, because though the game has had regular updates, it’s now been over a year since the game launched. Though the updates have continued, they’ve largely been small seasonally appropriate ones largely repeating those in its first year.

In previous iterations of Animal Crossing, Brewster ran a coffee shop called The Roost. Players could visit the shop and buy one cup of coffee a day. It also offered a Gyroid Storage and, in some iterations, you’d even be able to invite other players for a brew. We’ll wait and see what form it takes this time around.

We won’t have long to find out. The Animal Crossing New Horizons Direct will broadcast on October 15 at 3pm UK time on Nintendo’s YouTube channels. The game is available exclusively on the Nintendo Switch, and you can read our review here.

Animal Crossing: New Horizons Direct will air on 15/10 at 3pm (UK time)! Tune in for roughly 20 minutes of information about the content coming to #AnimalCrossingNewHorizons in November. pic.twitter.com/CamiqbUoV1