Jojo’s Bizarre Adventure All Star Battle R – Who is Baoh? 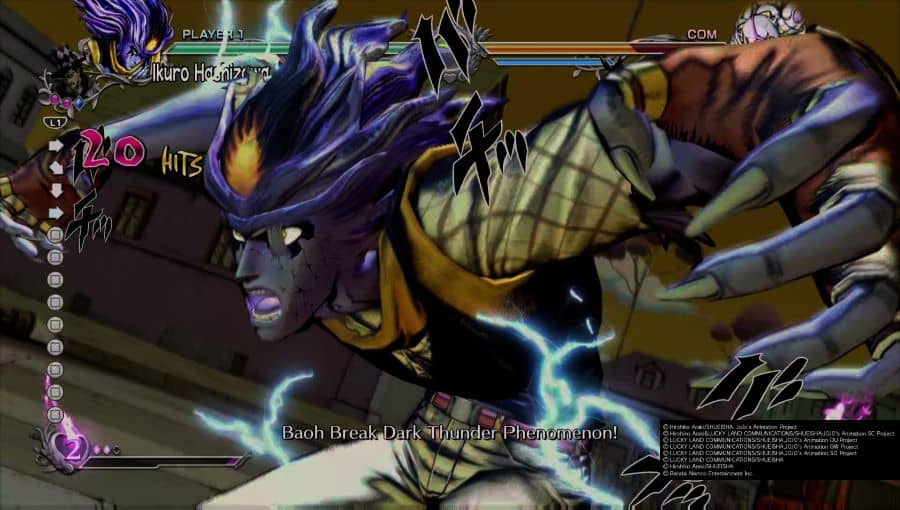 Contents hide
Who Is Baoh in JoJo’s All Star Battle R?
How to Use Baoh

Who is Baoh in JoJo’s All Star Battle R?

JoJo’s Bizarre Adventure All Star Battle R is completely packed with JoJo characters new and old. This huge crowd of characters boasts heroes, villains and everything in-between from all eight parts of JoJo. But even the most devout JoJo fans may be scratching their heads as to the identity of a certain Baoh.

This late addition to the roster stands apart from All Star Battle’s Stand users and Hamon martial artists, their design marking them as something altogether different. Are they a game unique character, a tease of an upcoming JoJo part, or something else entirely?

We’ll get you up to speed on this bizarre guest character, as well as give you some tips on how to best use him.

Who Is Baoh in JoJo’s All Star Battle R?

JoJo’s Bizarre Adventure is the brainchild of renowned Manga artist Hirohiko Araki. The series has spanned decades and built up enduring goodwill, long before the anime catapulted JoJo into widespread global popularity. But Jojo wasn’t Araki’s first work. The author found smaller success with other manga titles, prior to striking it big with JoJo.

Baoh: The Visitor is one of Araki’s earlier titles. The series stars teenager Ikuro Hashizawa, who is transformed into the bioweapon Baoh. While not reaching length or heights of popularity the JoJo series enjoyed, Baoh: The Visitor still has ardent fans. And in a nod to the creator’s history, Baoh has been included as a playable character in JoJo’s Bizarre Adventure All Star Battle R.

Baoh’s fighting style is unlike any of All Star Battle R’s other characters. His health regenerates when it drops below certain thresholds, and he can augment his moves with temporary super armor using the style button.

Baoh’s aggression is unmatched, with an incredible set of offensive tools, allowing him to pressure and overwhelm opponents with ease. But Baoh’s downside is that his defense is sorely lacking compared to almost any other All Star Battle R character. Baoh is locked into blocking for longer than other fighters, severely limiting his options for defense.

That does is for our All Star Battle Baoh guide. We hope you enjoy his brief crossover into the world of JoJo’s Bizarre Adventure.