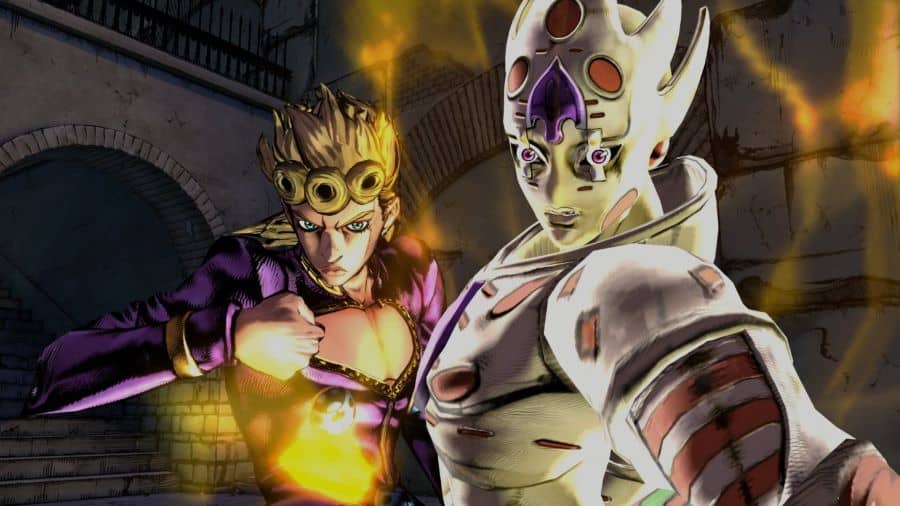 But these combat skills utterly pale in comparison to the Stand’s ultimate form, Gold Experience Requiem. Fans of Jojo and Golden Wind will know that the stand is off-the-charts powerful, able to utterly shut down Diavolo and any other potential competition. And that level of overwhelming power is very much on display in All Star Battle R.

If you want to use the power of the arrow and unlock Gold Experience’s ultimate form, we’ll show you how with our Jojo’s Bizarre Adventure, All Star Battle R guide.

All Star Battle – How To Use Gold Experience Requiem

Giorno’s Great Heat Attack in All Star Battle R is Your ‘End’ Has No Ending!

The downside to this is that the lengthy transformation sequence can leave you extremely vulnerable. If damaged while using the arrow, the transformation is canceled. And on top of this, Your ‘End’ Has No Ending! uses two bars of Heat, meaning you’ll need to build up your meter before you can try again.

You’re going to want to create as much space as possible between Giorno and the opponent in order to unlock Gold Experience Requiem. The best way to ensure that you get the time you need to transform is to first use Giorno’s Heart Heat Attack, The Pain Is Hitting Me Slowly! This ability not only deals damage, it temporarily stuns the opponent.

If you have a full Heat meter, you can activate Your ‘End’ Has No Ending! the moment the animation for The Pain Is Hitting Me Slowly! finishes. The opponent remains stunned for the entirety of your transformation, guaranteeing Gold Experience Requiem unlocks.

Giorno gains a hover dash, able to quickly move across the stage. A powerful projectile is also unlocked, which can damage and knock opponents down. But the most powerful tool granted by Gold Experience Requiem is the power it is most known for.

When using the You Will Never Reach Truth ability, Gold Experience Requiem cancels all attacks in progress from opponents. This is a lockdown ability like no other, completely holding back foes in their attempts to harm you. Canceling opponents’ moves grants Giorno unprecedented control over the battlefield. Get opposing fighters where you want them, stop their techniques in their tracks, and unleash Gold Experience’s flurry of fists when you’re in position.

That’s the end of our Gold Experience Requiem guide. When used properly, the power of the arrow will help you and Giorno rise to the top of the ranks.