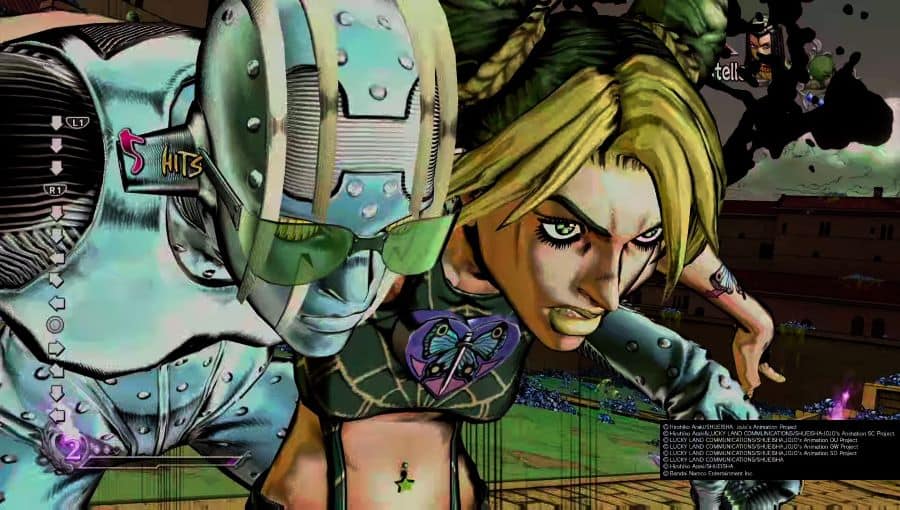 In JoJo’s Bizarre Adventure: All-Star Battle R, Jolyne Cujoh is a ferocious, rapid-fire fighter, mixing Stand attacks from Stone Ocean with her own powerful blows. While she struggles against long-range combatants, her mid-range capabilities are still more than enough to close the gap. Jolyne has the tools to quickly get up close and bring some real pain.

Jolyne is a fast mid-range fighter in All Star Battle, incredibly skilled on the ground and in the air. She is able to quickly get up close and overwhelm opponents by force, being difficult to counter or punish thanks to her fantastic movement.

Keep approaching opponents at bay with Stone Ocean’s mid-range stand abilities, and close the distance to exploit any gaps in their guard. Once the beatdown’s begun, it can be difficult to recover from Jolyne’s up close assaults.

Jolyne Cujoh’s moves work well at both mid and close range. Her stand abilities and lengthy kicks provide chip damage and control at range, and while up close, they will often impact multiple times and deal significant time.

Jolyne wraps a baseball in her threads, hurling and pulling it back again and again. This move deals good damage and can send foes flying. The first hit must connect for this combo to begin.

Jolyne’s ultimate move. Jolyne fully cocoons an enemy in string, unleashing a barrage of attacks, before summoning Stone Ocean to deliver a Stand Rush. Time To Retire You! is Jolyne’s biggest single source of damage, able to slice huge chunks of health away in the blink of an eye.

That does it for our All Star Battle Jolyne Cujoh guide. Master Jolyne and Stone Ocean’s skills, and you’ll be ready to face just about any opposition.