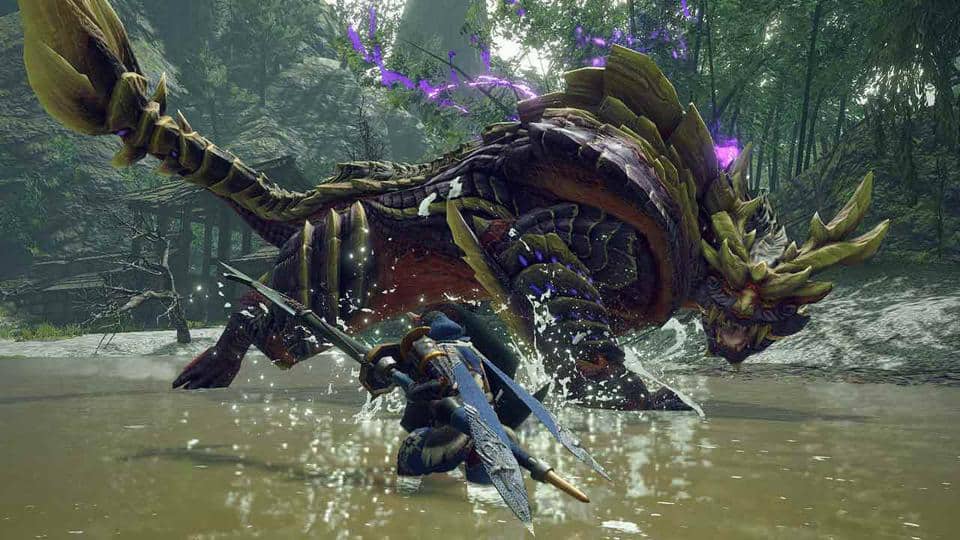 If you go down to the woods today, you’re sure of a big surprise. Its name is Magnamalo, and it resembles a tiger covered in purple scales. It has blade-like protrusions of bone that run along its spine, and a tail of thrashing malice. For fun, it likes to hurl violet bolts of electromagnetic vomit, which crackle from its mouth and rise off its flanks like exhaust fumes. The official description of this proud creature likens it to “the physical manifestation of the grudges of fallen warriors.” You won’t see that on any of the plaques at London Zoo. He’s the poster beast for Monster Hunter Rise, snarling from its front cover—and he’s no picnic.

For those who played the first demo, back in January, and are itching to return to the fray, a second has arrived today, bearing our gruesome friend. Along with this fresh and scalding challenge is the chance to test your mastery of the various flourishes that the new game will deliver, when it arrives at the end of the month. Bringing him down will require expert use of the Wirebug: a flying insect that spins a glowing, diamond-hard thread, capable of yanking you aloft—over a lunging foe, say—and grappling onto walls. What’s more, its gluey silk can be lashed around foes and strung up into reins, letting you ride them into battle. What is it with taming the ferocious? Ever since Mario struck a victory pose on the back of a contented green dinosaur, as he did on the box for Super Mario World, games have had a thing for breaking and befriending the animal kingdom. Maybe it speaks to the medium’s compulsion to plant a saddle atop cinema, bend its prehistoric charms to new whims, and jolt it out of passivity. 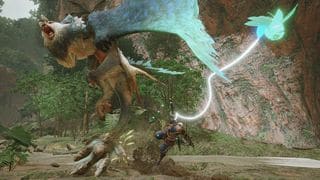 Not that the creatures here need much jolting. The plains are still patrolled by the quartet of beasts from the previous demo. There is the Great Izuchi, a velociraptor with the plush pelt of a fox; the Mizutsune, a bubble-blowing serpent with a bushy tail; the Rathian, a dragon crossed with a pine cone; and, my personal favourite, Arzuros—part-bear, part-badger, all pissed. Add Magnamalo to that happy bunch, for which you are given a mere fifteen minutes of slaying time, and you’ve got quite the crucible. Playing these early quests feels as if you are poking the finished product out of hibernation, and incurring its bleary-eyed wrath. You are advised, particularly when it comes to the newest challenge, to team up with friends—up to four of you can play, locally or online—and even then don’t expect a pain-free stroll. Our new playmate—who, despite its name, is anything but magnanimous—is best thought of as the digital manifestation of the grudges of fallen players.

But there are other reasons, besides the opportunity to mount a Magnalo’s head above your fireplace, to leap into Monster Hunter Rise early. For one thing, the series has always had not so much a steep on-ramp to enjoyment as a sheer cliff face. Its pleasures and treasures are there if you put in the work—often, it must be said, the reading—and the demos give you a good window to dip your toes, ahead of release, on March 26. Before you go wrangling yourself any mounts, take some time to wrest control of the controls, which bristle with combinations and bring up clusters of commands, mapped to intricate radial menus. This series has always made students of its fans, yoking success to your passion for study. 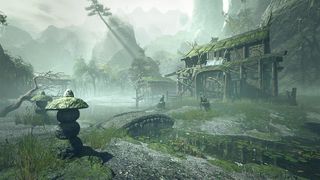 If all this seems a bit full on, I don’t blame you. It is a bit full on. For developer Capcom, the making of a good Monster Hunter game is a process of near-impossible balance, like straddling a dyspeptic Arzuros; you have to coax new players in, as the studio did wonderfully with Monster Hunter World, in 2018, while catering to the needs of an audience for whom full-onness is part of the fun. Beside all that, though, I would advise a trip into its wilds for the more casual thrills on offer. This is the second game on the Switch, after Ghosts ’n Goblins Resurrection, to use the RE Engine (which I happen to think is the most beautiful in the world), and the result—especially sharpened in the hands—is worth a stare. We get a rocky, sap-green feast of forests and rivers, with curtains of blue water tumbling from high cliffs, and a keen feel for the vertiginous. The Wirebug lets you run up and across walls, once zipped to, for as long as your stamina bar allows—shades of The Legend of Zelda: Breath of the Wild—and you have a Palamute, a dog the size of a well-fed donkey, which you can ride at will.

These are all good reasons, as far as I’m concerned, to venture into the woods of this upcoming Switch exclusive. Whether you attempt to anneal your mettle in the heat of a high-difficulty clash, or scamper freely in hunt of sights, it’s worth a weekend’s visit to the new Monster Hunter Rise demo. Following World—which catapulted to success, and now sits comfortably as Capcom’s best selling game—Rise has its work cut out for it. It’s a good job, then, that there is more than Magnamalo to meet the eye.