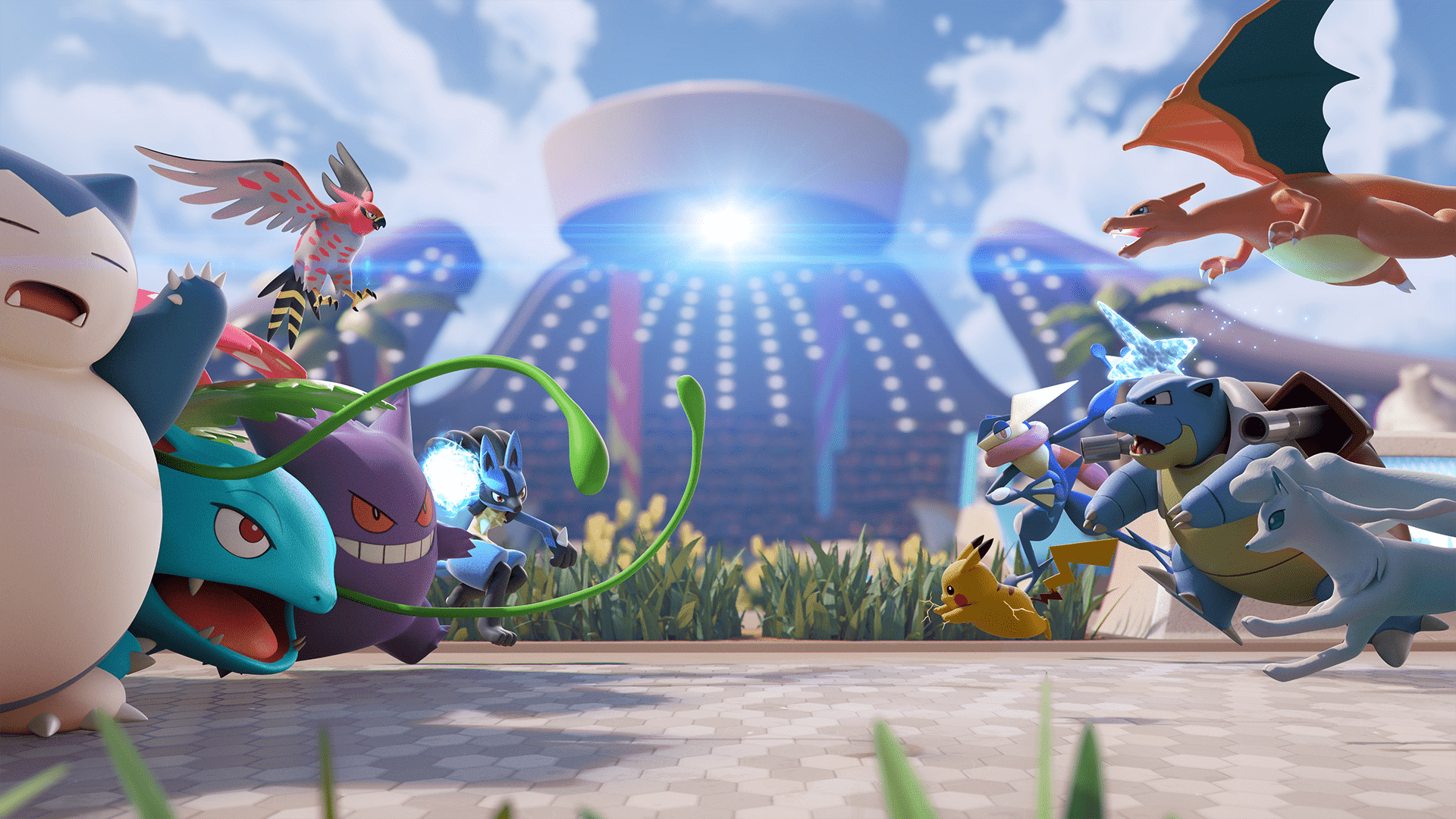 Pokémon Unite is a gateway MOBA with solitary joys

So far, the fun of Pokémon Unite is when you don’t unite. As I piloted a lone Greninja—a pink tongue wrapped around its neck and rippling in the wind like a scarf—and lunged toward my opponents’ goal, there was nothing united about it. This inky agent was a lone gun. Having unleashed a surf attack on a swarm of Combee, blasting them with a frothy broadside of intolerant blue, I had bagged a crucial 44 points; once slammed through one of the other team’s hoops, victory would surely be secured. But I would be damned if my froggish assassin was going to stop to help any teammates. One look at the webbed trident of fins crowning the beast’s head, like the rear spoiler of a rocket car, and you know that there is no time for a pit stop.

This is, of course, not in the spirit of the multiplayer online battle arena (MOBA), whose joys—so I hear—lie in teamwork, and in the lunar tide of momentum that tugs each match to and fro. MOBA games, such as League of Legends and Defence of the Ancients, seem to me an impenetrable fortress of nerditude. They also seem—having been released in 2009 and 2003, respectively—to have been around forever, thus heightening my hesitation at daring to breach their walls. Their most fevered devotees will look at Pokémon Unite, a new free-to-play MOBA developed by TiMi Studio Group, and either (a) curiously fire up a Nintendo Switch and join in, or (b) scoff at the newcomer, who is way out of their league, and go right on back to the ancients, who scarcely need defending from the jolts of a jumped-up Pikachu. 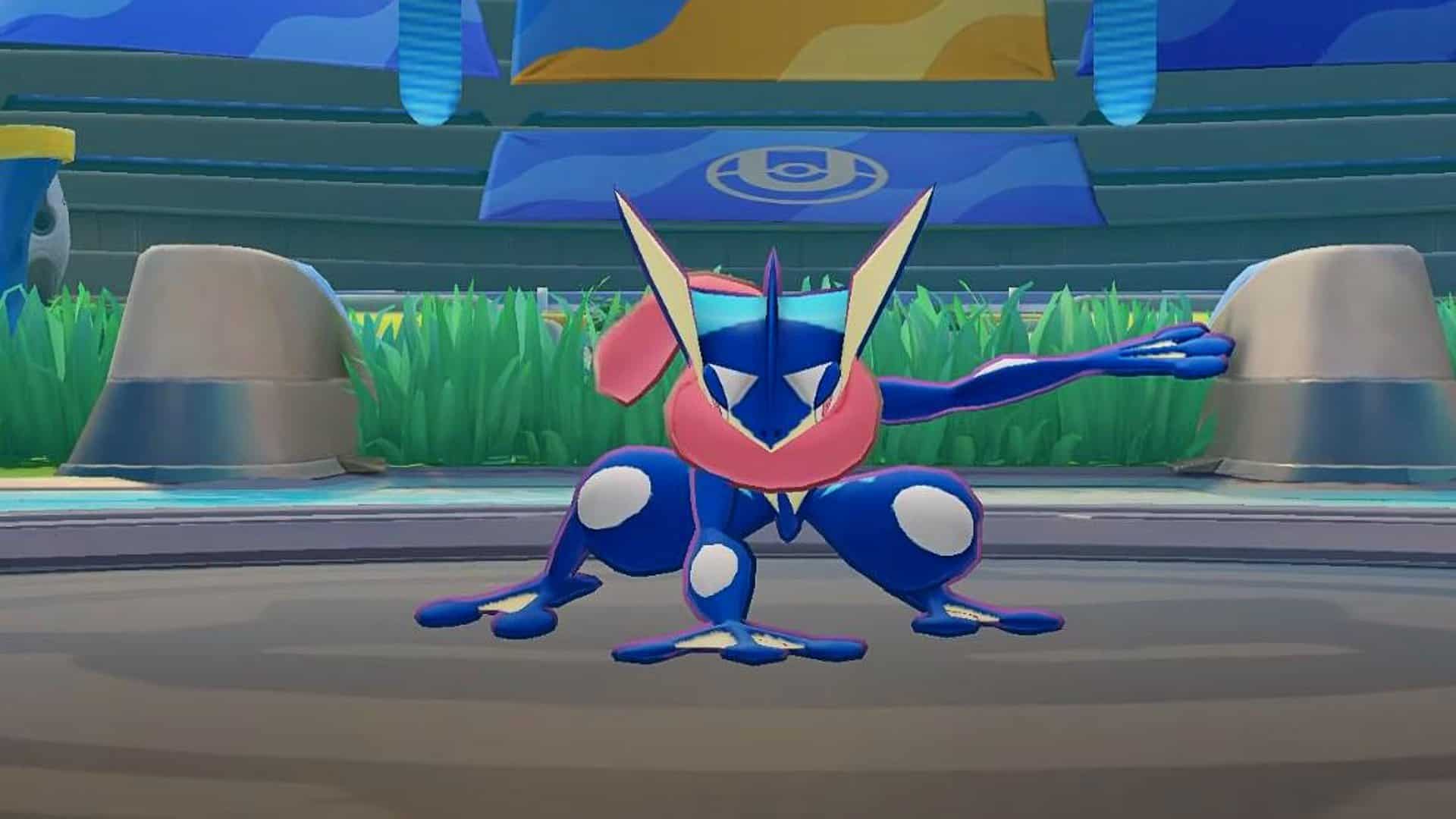 In any case, Pokémon Unite is here, and there are a number of reasons you may wish to dip a toe. The first, strange to tell, is the game’s visual style. The world of Pokémon resembles an artist’s impression of an upcoming airport: all ovoid barriers, spotless tarmac, and swooping metal, smiled upon by clear skies. The citizens, meanwhile, are zipped and clicked into an array of futuristic-casual exercise gear; it’s as if Poké-society is composed purely of cycling enthusiasts. Unite is set on the island of Aeos, and its presiding academic is Professor Phorus. The professor is busy researching the strange phenomenon of Aeos energy; described as a “mysterious energy,” it devolves Pokémon to their basic forms and is also capable of evolving them in the course of a match—in other words, Pokéformance-enhancing drugs. To be honest, the professor ought to research the phenomenon of her own hair—a nest of green-and-black coils, with a mysterious energy all its own. (I have my suspicions that she is an escaped inkling, on the run from the next Splatoon.)

Regardless, armed with this energy—which manifests in glowing baubles that you pick up in the course of a match, as though you were clearing away Christmas decorations—you seek to thump your opponents. This entails first the thumping of wild Pokémon, the better to power up and amass points, then the dunking of said energy into one of the enemy hoops. Meanwhile, feel free to thump your enemies directly as they attempt the same thing. Now and then, a legendary Pokémon appears (worth pursuing for a boost of points) and the various stadiums have their own rules—different numbers of team members (the standard is 5-on-5), different match lengths, and so on. 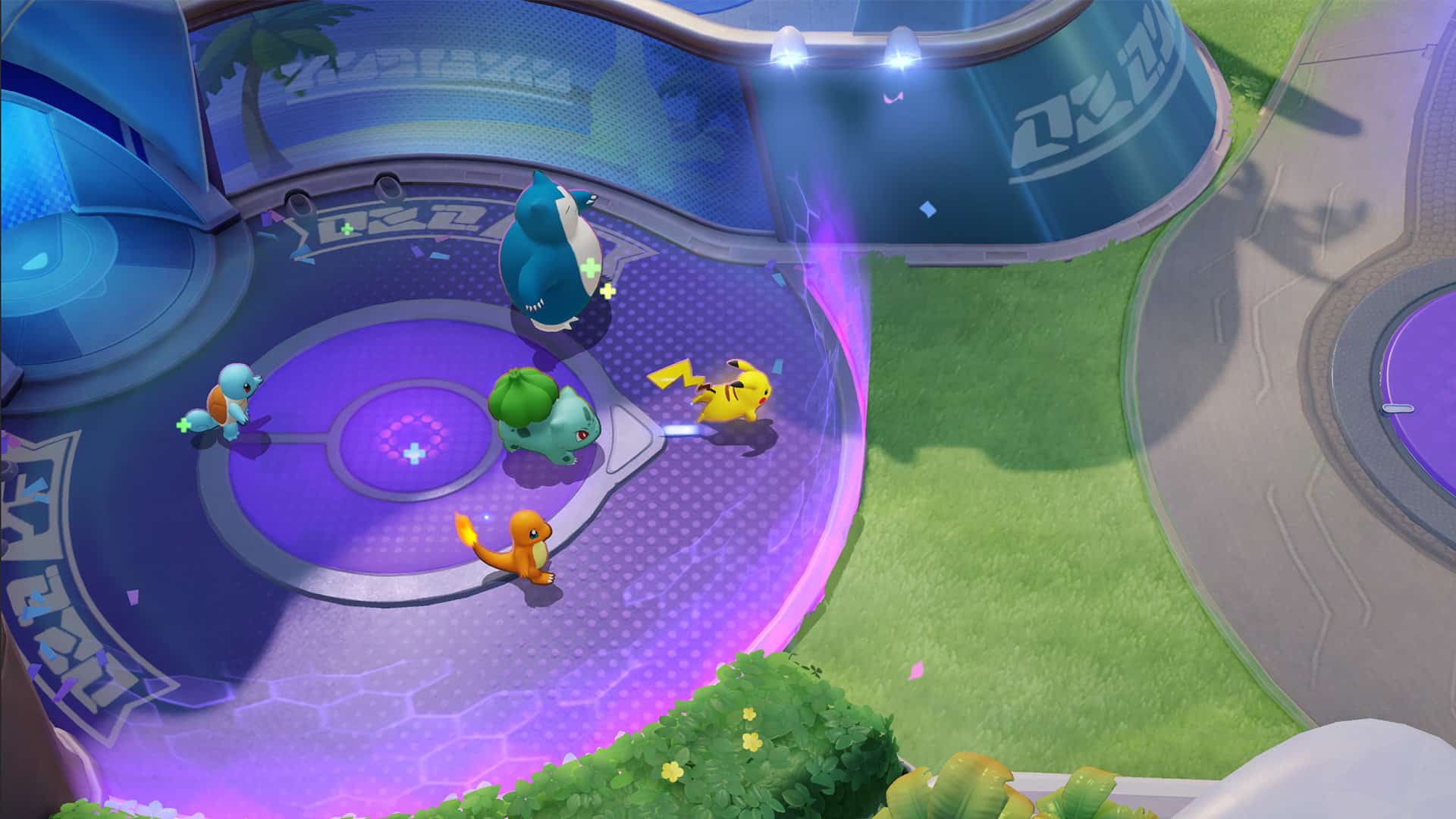 After a few hours of play, the most intriguing thing about the game is in seeing Pokémon nuzzle its way into another genre. The oddly specific formula of the series—ensnaring critters and training them in the ways of warfare, while making friends and dreaming of furthering one’s career prospects—has proven remarkably adaptable. Fighting, photography, puzzling, dungeon crawling, card collecting, and even the marriage-wrecking grind of hard-boiled police work: all can be filtered and fuzzified by Pokémon. For The Pokémon Company and for Nintendo, a genre is just another beast to be captured, wrangled, and added to the collection. The main benefit of this approach is in the fuzzifying—whereby the glumly inaccessible and the uninteresting are made appealing. For years, I would recoil from JRPGs, wary of their bulging menus and overgrown backstories, all the while cheerily slotting the latest brightly coloured slab of Pokémon into the back of my Game Boy.

The question is, however, now that the MOBA has been Pokéfied, is it actually any good? I’m not convinced that the hours of my evenings are going to be chewed down in frantic fashion by the demands of Pokémon Unite. It is appealing in flickers: guiding a Ghastly as it oozes its stately way through the air, say, or propelling a bluntly adolescent Charmeleon towards his target with a fire punch. (You learn new and more powerful moves throughout the course of each match.) But I doubt if I can summon the Aeos energy to stay with Unite for the long haul. Apart from anything else, these little joys are solitary—ideal for the pleasure of a single player—and the Switch’s crotchety online systems, in particular its lack of easy voice chat, don’t make coordination easy. This is troubling news, considering the game’s title is not, in fact, Pokémon Unite but Pokémon UNITE, and the added volume only means added guilt every time I dart off with my designs. Still, those Combee are just begging for a flash flood.