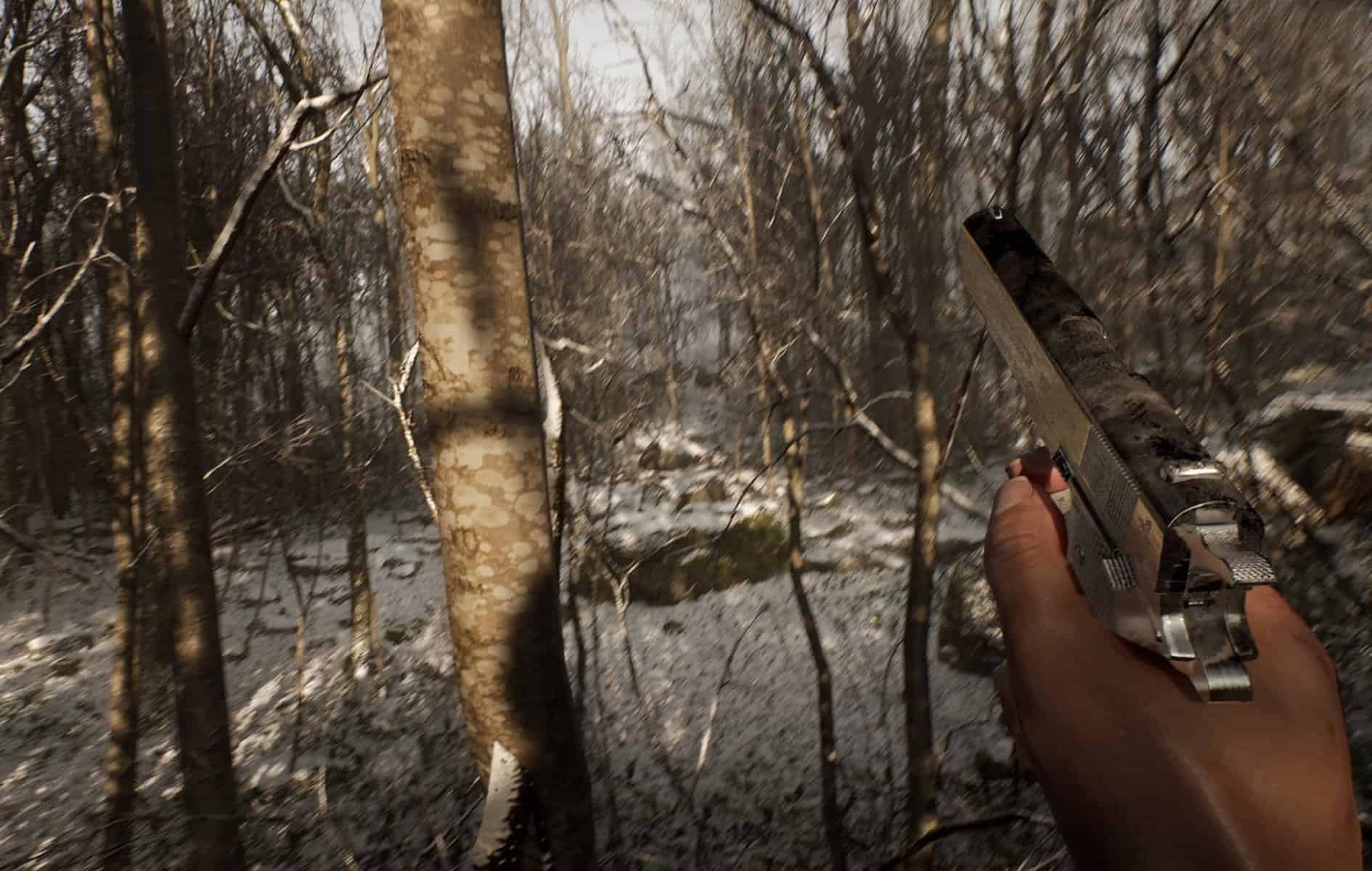 Abandoned: Five things it might turn out to be

What is Abandoned? When is it? As far as I can tell, it may turn out to be a game. Apparently, there is a chance that it could in some way involve Hideo Kojima, but no one has any proof. Some people are whispering that it is possibly connected to Silent Hill, but I haven’t the foggiest. Oh, and there is a demo. No, actually, there is some sort of app. It’s in the living room right now, dwelling in the PlayStation 5—thinking. I tried starting it earlier (the prompt on the PS5 menu said “Play Game” (maybe that is what all of this is), but, after I selected a language, it told me to come back later, like an exhausted Magic 8-Ball. Is this a technical mishap? Or is it all part of the plan? The developer, Blue Box Game Studios, has reassured everyone that it has not abandoned Abandoned. Until we can find out more about it, here are five things that it could well be, given what we know—which is to say, very little. 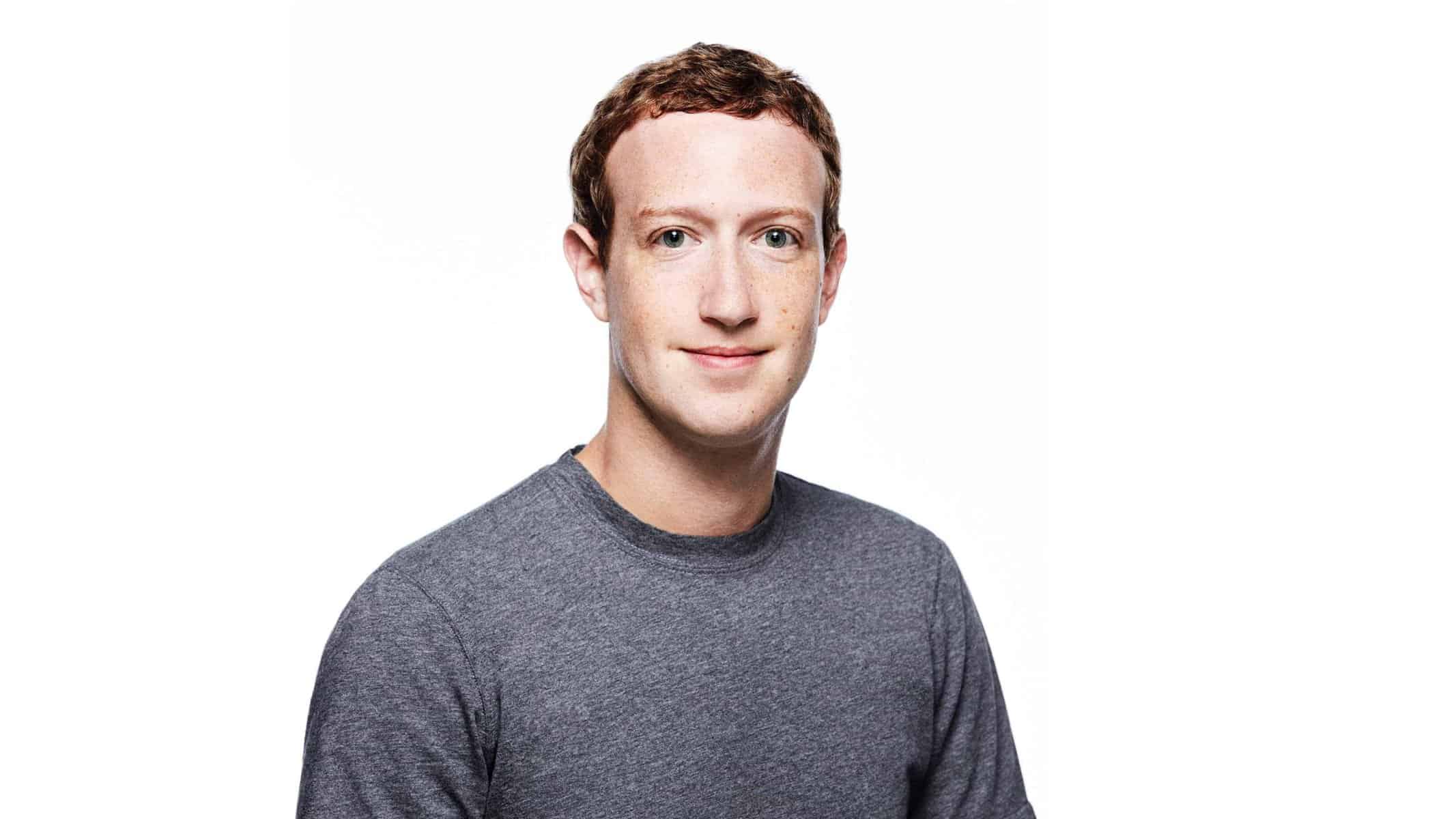 Recently—during trips to the kitchen, say, or as I lay in bed in the morning, head on the pillow, prodding through the internet—I have heard tell of the Metaverse. I daren’t research the matter, for fear of lending weight to its ephemeral status. It sounds to me like a pseudo-event: the term coined by the historian Daniel Boorstin to describe a nothing conceived by a public figure purely to be incubated by the media, in the hope that it may hatch into a twittering something. When it comes to the Metaverse, the public figure involved, as I have heard from a friend, is Mark Zuckerberg. The idea is—if I have got it right—to create an entirely digital world for us to live in; quite why Mark Zuckerberg should be interested, given that he already lives in one, is beyond me. Perhaps he wants company. In any event, perhaps Abandoned is tied up in Zuckerberg’s scheme—in which case the Metaverse has already made its way into my home. I’ll see you on the other side. 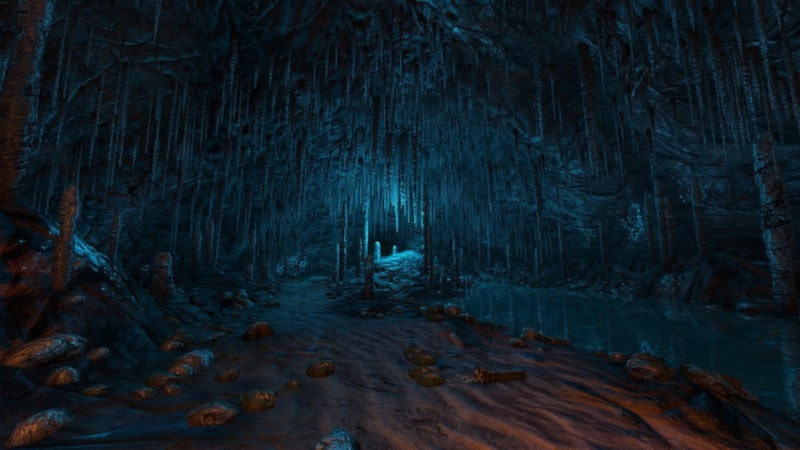 Esther is back, and she’s pissed! Dear Esther was one of the first walking simulators, a gloomy concoction of half-dead skies and dripping caves. It told the story of a man named Donnelly, who ruminated his way across a Hebridean island, on the trail of a woman whom he may have killed in a car crash. Consider the trailer for Abandoned, which was released back in April. We see a bone-pale forest and hear, in a voice-over, a woman: “Imagine waking up at a place far, far away from home,” she says, “away from friends, away from safety, trying to understand how you got there, no one there to guide you.” That sounds like playing Dear Esther. But, hang on. She soon informs us that we are the prey of “a strong, blood-loving community led by a religious nut job,” and we can see, scrawled on a wall, a message that reads “KILL TRESPASSER.” My theory: they are the Estherianites, they have resurrected Esther, and your character’s holiday to the Hebrides—which he won in a competition he doesn’t remember entering—is an attempt to suck you into a sacrificial trap: think The Wicker Man meets Luigi’s Mansion. 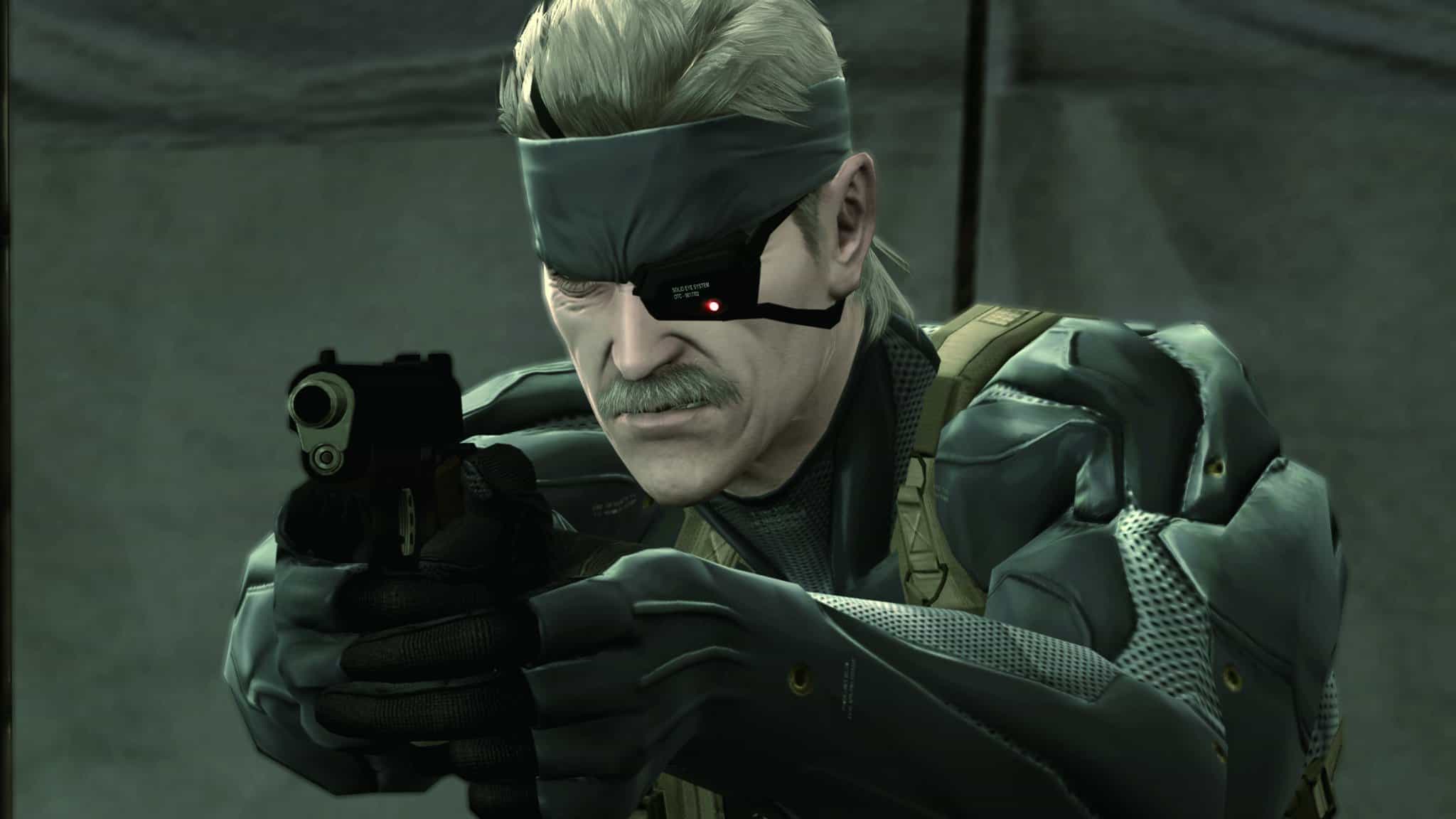 Given that Hideo Kojima has been known to fashion fake studios like stick-on moustaches (don’t forget “7780s Studio,” who “made” P.T., or “Moby Dick Studio,” credited with making something called The Phantom Pain), it is no surprise that people were looking skeptically at Blue Box Game Studios, who most had never heard of. And who, we ought to wonder, is known to hide in boxes, blue or otherwise? That’s right: Solid Snake may be on his way back to our screens. The last we saw him, in Metal Gear Solid 4: Guns of the Patriots, he didn’t look so solid; with a silver mullet and bags as dark as rain clouds under his eyes, he looked as if he had trouble with solids. Perhaps Abandoned will take after the movie Mr. Holmes, in which Ian McKellen played the great detective in the crinkled twilight of his life. Maybe the game will deal with Snake’s retirement—on a nice island in the Hebrides perhaps, marooned on a sea of senility, a big shell of his former self, with a bizarre cult hounding his every move.

The Harrowing Return of Ape Escape 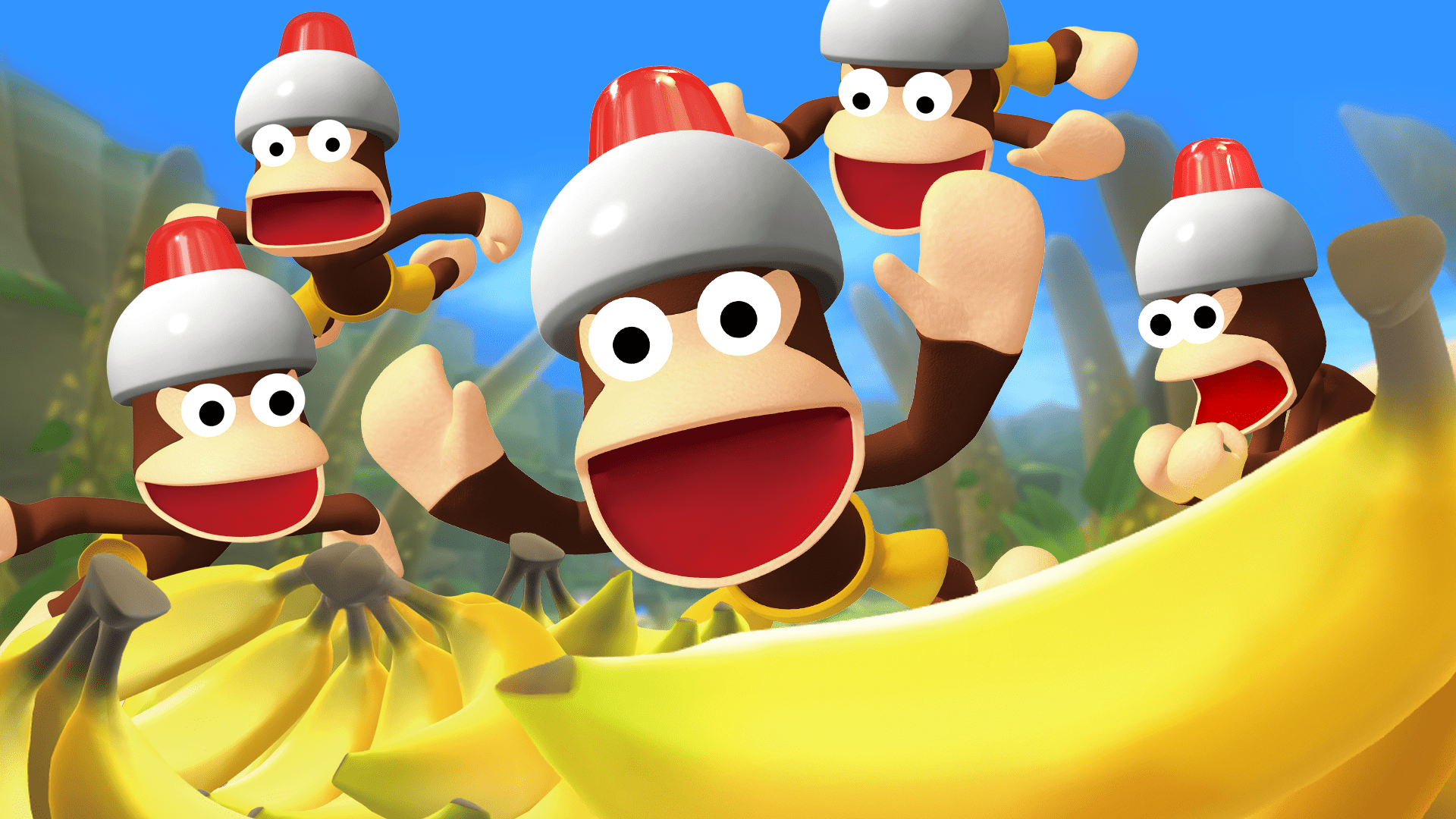 Sony Japan Studio may have closed, supposedly “In an effort to further strengthen business operations,” but that doesn’t mean that its legacy will leak away. What happens when a group of highly intelligent Pipo monkeys (some of whom famously wielded Uzis, all of whom wore little coloured pants) are left to their own devices in a savage wilderness—abandoned, if you will? Answer, they sneak their way onto the world’s supply of PlayStation 5s, via a suspicious “Realtime Experience” app, delay their coup d’état, citing technical difficulties, and then launch a surprise simian attack. I’ve read the PlayStation Blog entry on Abandoned, in which Hasan Kahraman, the game’s director, says “We want to deliver a uniquely personal gameplay experience, one that feels realistic.” There is a picture showing the protagonist holding a gun, suggesting that Spike, erstwhile hero of the Ape Escape games, is fucking fed up of these chimps, and looking to ensure that no more escapes will ever be made. 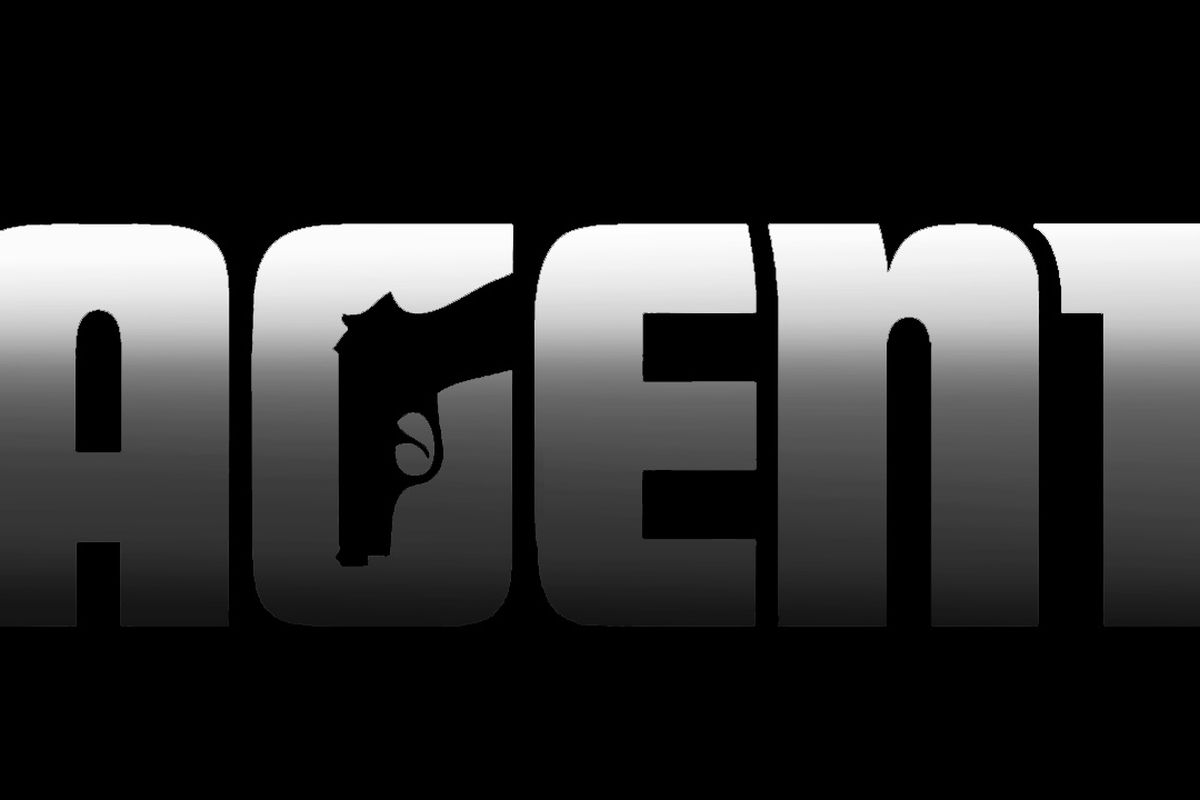 Most days I think about Rockstar’s Agent, the cancelled Cold War espionage thriller, which lingers in the memory as a logo and an unrequited set of delicious possibilities. As a result, when a mysterious game springs up I never need much to go on before I start sniffing around the Iron Curtain. Now, looking back at that PlayStation Blog entry, we get a basic premise: “The story is centered around Jason Longfield, who wakes up in a strange forest.” Theory: Jason is a deprogrammed Soviet sleeper agent on British soil; his brainwashing has worn off, leaving him with amnesia; the forest in the trailer is actually the New Forest; and the cult described in the Abandoned trailer, led by “a false prophet that will do anything for power, anything for wealth,” is in fact the cult of capitalism! How odd that one of Rockstar’s abandoned projects should end up with a small indie studio, as a PS5 exclusive, with the oversight of Hideo Kojima—no stranger to the Cold War himself. Maybe this “Realtime Experience” app is in fact a social strand game; will it make sleeper agents of us all? 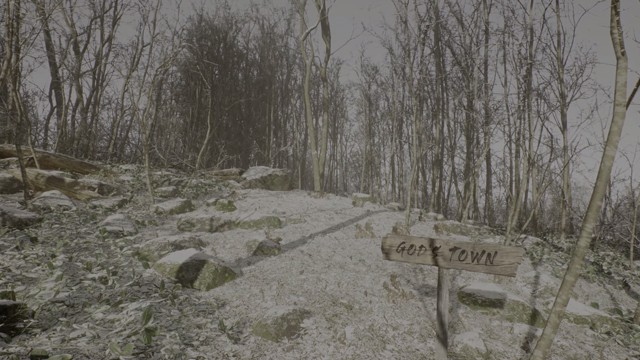