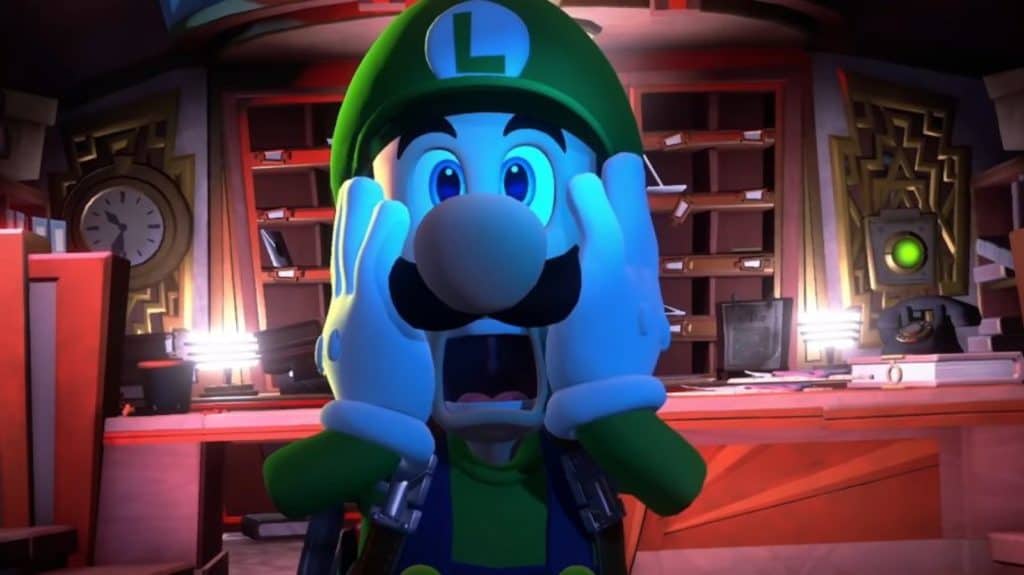 What are ghosts made of? Do they reinhabit their own rotten flesh? Are they oozing with ectoplasm? Or are they dry, classically draped in white sheets? The spectres of the Luigi’s Mansion series are the sort that belong to the back end of the twentieth century: glowing globs of see-through CGI whose legs taper off to a single tail-like wisp. They are made of polygons – which, like ghosts, are not alive, despite the spirit of their animation – and they are highly susceptible to being sucked up by a vacuum cleaner, which is exactly what these games task you with doing. Any sombre inquiries into the state of the mortal soul will have to wait.

The third outing begins with its hero dozing at the back of a bus. Riding along with him are his brother, Mario, the princess of the kingdom, better known as Peach, and his undead dog, a spectral mutt called Polterpup. There are three Toads in attendance, two of which look after the luggage while the other drives (an ill-advised feat, given it can barely glimpse above the wheel; for a moment, I had visions of a crash, a creepy drifter, and a Nintendo-tinged retelling of Wolf Creek – alas, it wasn’t to be). The gang are going on holiday to the Last Resort, a luxury hotel. They’ve been invited by a woman with plum-purple skin and a black beehive of hair, named Hellen Gravely. Needless to say, all is not as it seems, and things quickly take a turn for the cursed.

The villain of the last two games, King Boo, is back, and Luigi wakes to find his friends imprisoned in a series of portraits, and the enticing veneer of the resort peeled away to reveal a gloomy, ghost-infested pile. As far as fans will be concerned – and I count myself a rabid member of their ranks – this is excellent news: it gives us a chance to break out the vacuum cleaner! (There is a special corner of video games, girdled with velvet rope, which I would reserve for games of unreserved silliness, and Luigi’s Mansion 3 has a place there.) What a joy it is to pull the shoulder button and let loose with the Poltergust G-00, as it’s designated: papers, books, bins, pots, chests, rats, bats, and curtains – all to be tidily devoured and turned into treasure, which spews from the nozzle in all directions. 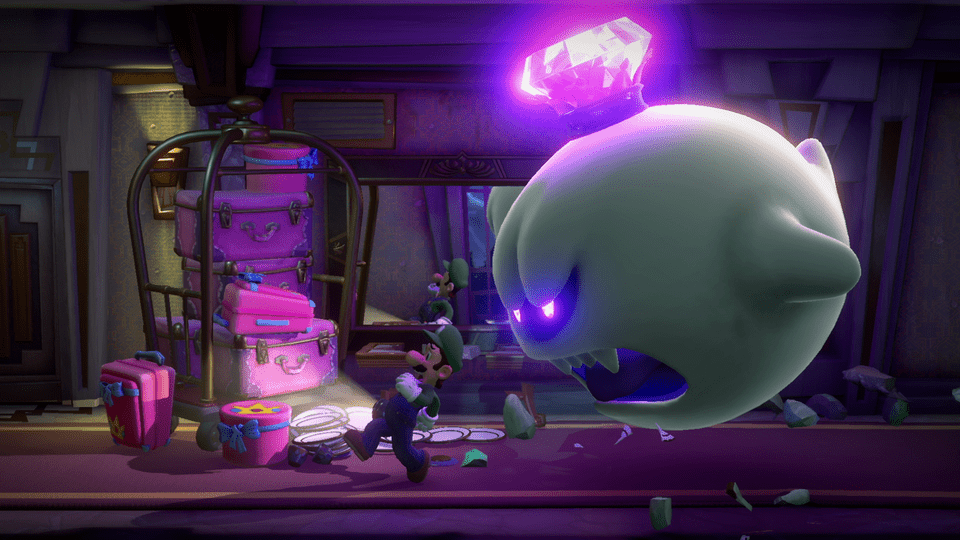 The developer is a small studio in Vancouver called Next Level Games, and it has proven, with this and its predecessor, Luigi’s Mansion 2 (called Dark Moon in America), that it understands the delight of superfluous detail. Waving the vacuum with the right stick and seeing entire rooms ripple is the sort of physical fun – felt strongly in things like Half-life 2, with its Gravity Gun – that video games all too often neglect: play. Next Level has kitted us out, courtesy of the returning Professor E. Gadd, with an array of gadgets. Returning from the last game, we get the Strobulb – which adds a flashbang function to the torch – and the Dark-Light Device, used to reveal hidden environmental secrets. There is also the Suction Shot, a projectile plunger with a trailing hank of hooverable rope that adds extra oomph to any heaving you need doing. And there’s the Burst function: a shockwave attack that also provides Luigi with a kind of improvised jump.

The biggest edition, as you can tell from the front cover, is Gooigi: a gloopy green clone of our star (the joke being that the only thing that quivers more than Luigi is Luigi made of jelly), who first appeared in the remaster of Luigi’s Mansion, on the 3DS. Along with the other toys, Gooigi greases the puzzles with variety and zip; the solutions ooze out after some playful experimentation, and you’re never stumped for long. He can walk through bars, which gives him a touch of liquid Terminator, and has you flitting between the flesh-and-blood plumber and his gooey variant (which is done with a click of the right stick) to solve puzzles that spill into more than one chamber. Sometimes, it pays to part them for longer; Gooigi can slip through pipes, spitting him into different rooms and thus into out-of-reach troves of riches.

When it comes to the actual ghosts, Next Level has continued its tradition of subtle refinement. A bright blast from the Strobulb stuns them before you hit them with the Poltergust and get pulled around the room. It’s as satisfying as it ever was, and now – owing perhaps to years of quietly mounting frustration – Luigi can hurl his foes to and fro, slamming them into the furniture amidst an explosion of splinters. As you work your way up the hotel’s floors, you procure the missing buttons of the main lift from the bosses, which require a dash of puzzling ingenuity – the Suction Shot to remove a plate of armour, say, or a sticky distraction caused by Gooigi. Each floor has its own theme, zesting the game with changeable flavours: a restaurant, with the wafting scent of cheese on the air; a sprawling greenhouse, writhing with vines. 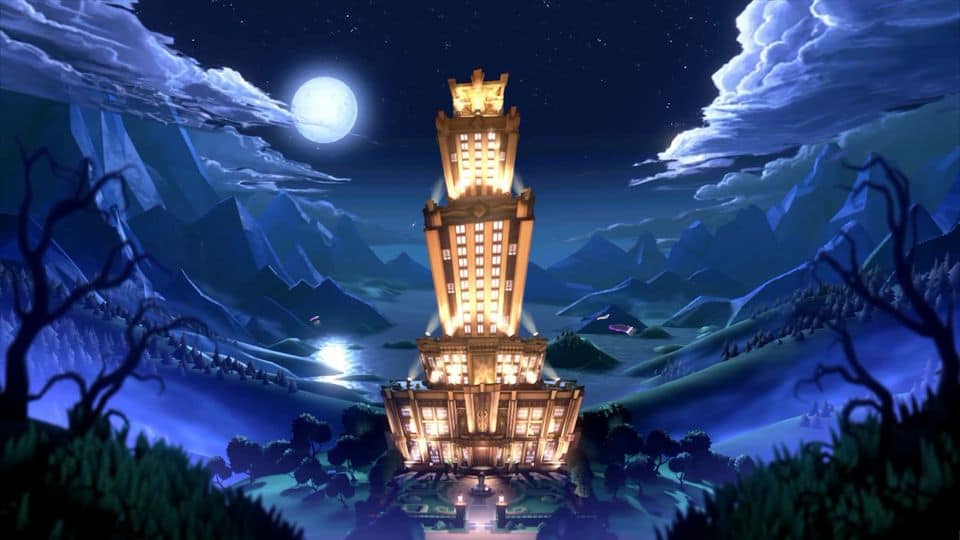 But what propelled me through wasn’t the ever-shifting sights or the satisfaction of besting the phantoms and the puzzles; the real rewards are the animations. There is a plucky, hapless wit to the way Luigi moves: his spine going stick-straight in a full-body judder, his hesitant gait, and the way his mouth is tugged down, as if anchored at the corners, into a wide canyon of a grimace. I couldn’t think what it reminded me of until a friend of mine pointed it out: it’s Wallace and Gromit! True enough, one look at Luigi and Polterpup – both as pliable as plasticine – and you are whisked back to Nick Park’s glorious short films. Almost. Palterpup doesn’t go for the dry, long-suffering silence of Gromit, opting instead to meet Luigi’s bewilderment head-on, with slobbering enthusiasm.

It also helps that, carrying on a series tradition, the game is beautiful. The first entry, on the GameCube, was a showcase for shadow, dust, and billowing cloth. The second made use of the 3DS, which the spirits seemed to spill from. And this makes use of the sparkling high definition of the Switch, along with a loving nod to older hardware; keep an eye out for the Virtual Boo – a phone-like gizmo that pays homage to the Nintendo Virtual Boy, casting E. Gadd in crackling scarlet, as if you were peering longingly into the past. I suspect that, among the devoted, that feeling might be familiar. While Next Level Games has delivered two wondrous follow-ups to Nintendo’s original, they have their shortfalls. For one thing, they are too long. The first game took six hours to finish; the second took around 14; and the third is longer still. The length dilutes a formula that was never as purely distilled as it was first time round.

And then we have the hero. When the original Luigi’s Mansion arrived, in 2001, it marked the first occasion on which the secondary Super Mario Brother was given a title of his own. And it was precisely his secondary status from which the game drew its gags: the tremulous knees, the chattering teeth, and the rich stores of slapstick unleashed at his every blunder. Beneath the comedy, there was a touching truth: it wasn’t just the ghosts that scared him; it was the spotlight. Jump forward eighteen years – with two mansions under his name and numerous spin-offs of his own – and that’s no longer the case. The humour, while jammed with more charm than ever, has lost some of its potency. The shakes are just for show, and you have every confidence – and not a crumb of doubt – that, whatever doom befalls Luigi, he’ll be fine. There is no one more adept at sucking it up. 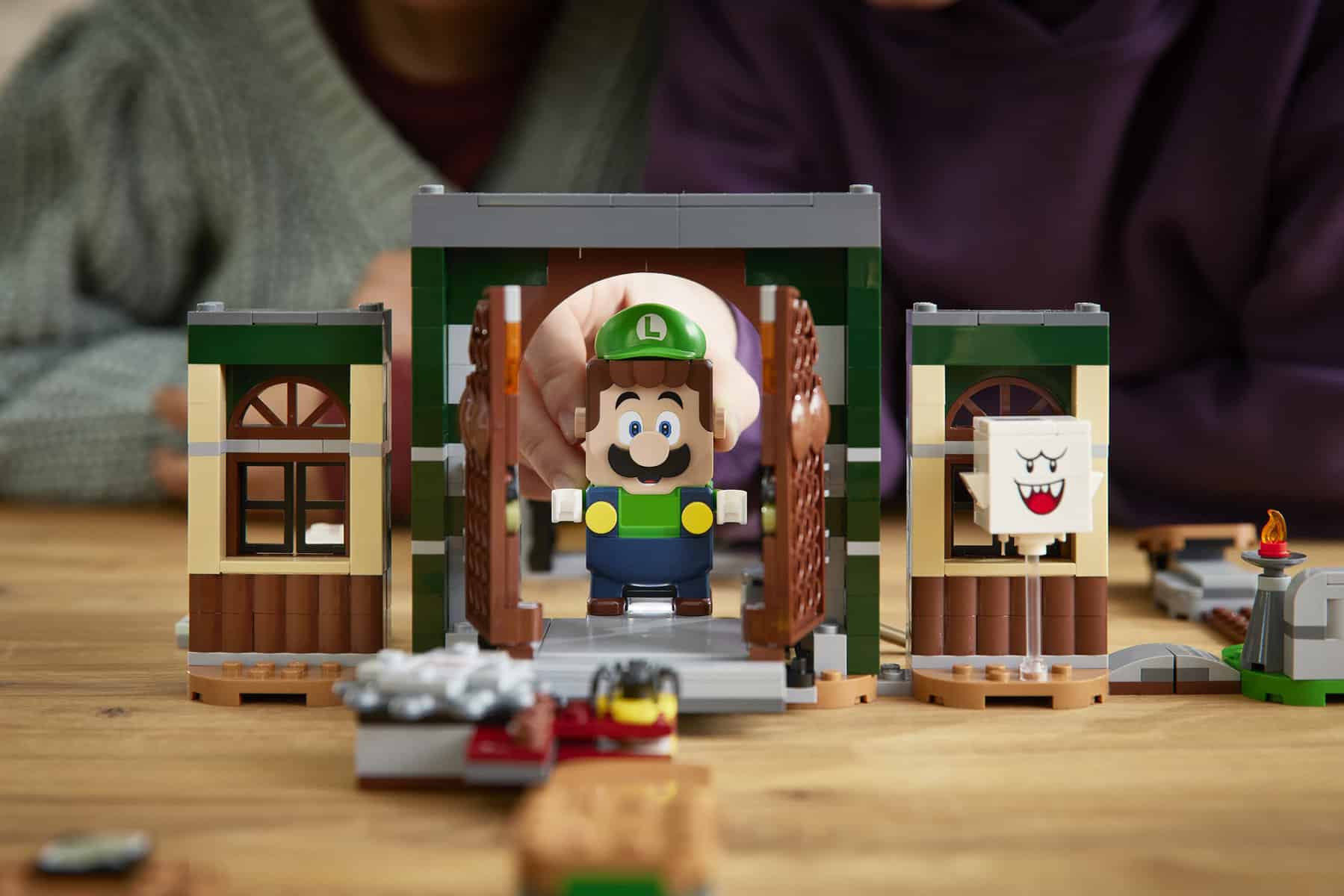 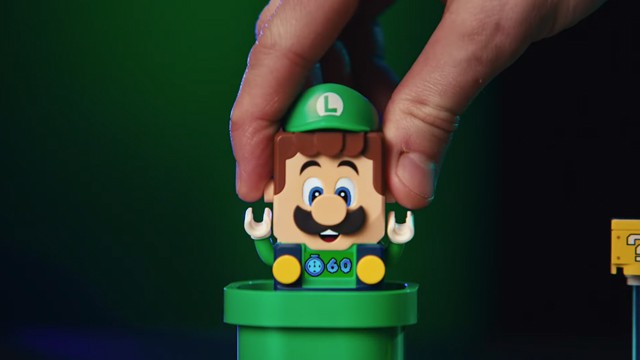 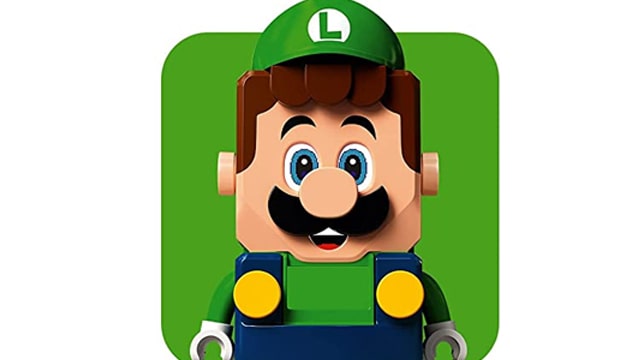 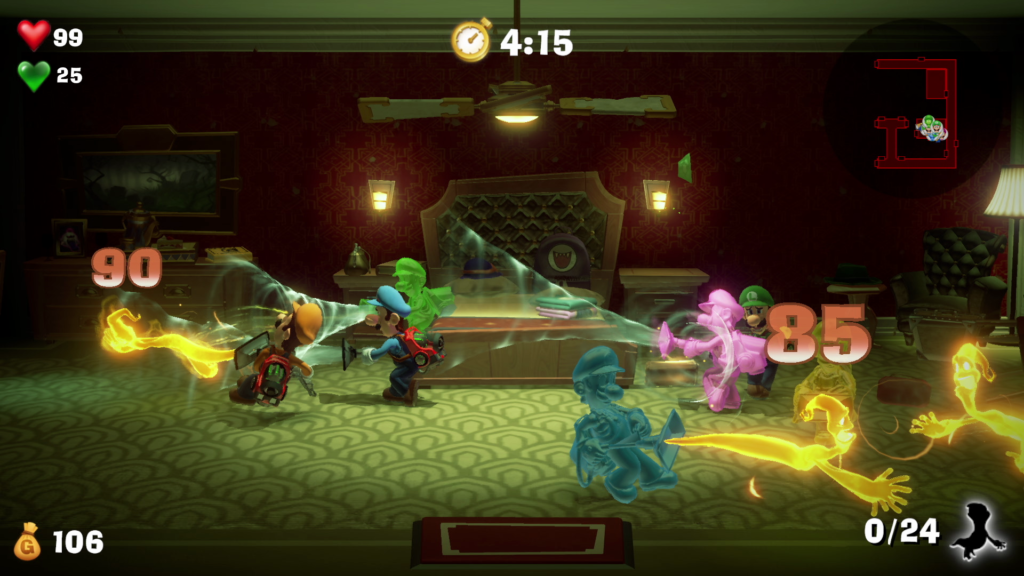