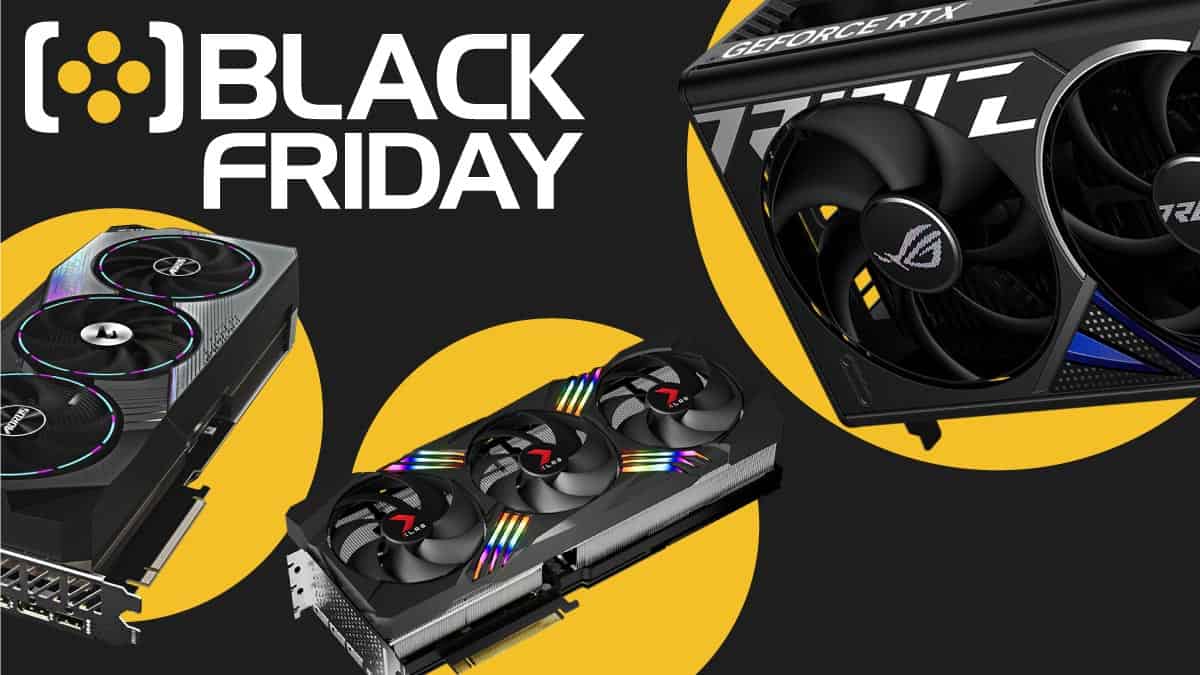 With its release date just around the corner, we’ve got our fingers crossed for some great Black Friday RTX 4080 deals.

On November 16th 2022 Nvidia will release the RTX 4080, as a more affordable way to get your hands on the new Ada Lovelace GPU architecture. Black Friday falls just 9 days later. This means that the question on many lips are, will there be any Black Friday RTX 4080 deals?

The answer is, unfortunately, that we can’t know for sure. While we’re seeing prices tumbling in the GPU market overall, the fact that the RTX 4080 will barely be a week old does, unfortunately, make the prospect of any decent discounts being on offer small.

That won’t stop us checking and rechecking all the biggest retailers though, and we’ll be updating this page the moment any deals do appear.

We aren’t seeing any pre-order discounts on the RTX 4080 at the moment. If any do show up, you can be sure they’ll appear on this list. In the mean time, here some discounts on other great GPUs. Many of those on this list have never been seen for such a low price.

While we aren’t seeing any pre-order discounts on the RTX 4080, there are huge savings to be made on the previous generation of GPU’s from NVIDIA. This prices were unheard of until very recently. The discounts are thanks, in part, to the announcement of the RTX 4080.

Where to find the best Black Friday RTX 4080 deals?

It’s very possible that a Black Friday RTX 4080 deal will be an impossible thing to find this year. However, we’re a glass half full sort here at Videogamer, so have compiled a list of the retailers known for their wide ranging Black Friday discounts.

If you keep checking back on their websites, as well as this article, you might just be lucky enough to strike gold.

Black Friday itself is on November 25th. Though, as is customary, the deals and savings have already started appearing on the big retailer’s sites. However, the RTX 4080 is not released until November 16th, and we don’t expect to be seeing any presale discounts.

When the GPU is finally released, check back here to see all the Black Friday RTX 4080 deals that the internet has to offer.

The good news is that you’re in the right place to find the best Black Friday RTX 4080 deals, if any do start sticking their heads up.

With our shortlist of NVIDIA retailers, known for their Black Friday discounts, along with out regularly updated handpicked list of discounts, we’ve got you covered from all angles. Just keep this page saved and let the deal times roll.

There are a few features worth keeping in mind when you’re scanning for Black Friday RTX 4080 deals. While there are many we could have talked about, we’ve chosen to focus on architecture, and price.

The RTX 4080 uses Ada Lovelace architecture, the power of which is hard to overstate. Its touted by NVIDIA as the tipping point for both neural graphics and ray tracing, vastly outperforming the previous RTX 3000 series. However, it is on this previous generation that we are going to be seeing the biggest discounts.

The RTX 4080 seeks to bring the price of it the Lovelace architecture closer to a wider audience. Though, with a starting price of over $1000, its up its worth considering whether it actually manages to.

What are neural graphics?

Neural graphics use machine learning and AI algorithms to make a graphic creation system that learn from data.

What time will the RTX 4080 be released?

Black Friday promises to offer a vast array of deals on technology and electronics. To keep up to date on the best deals on whatever you’re looking for, keep checking back on the Videogamer deals section.