Google Pixel Tablet release date prediction – when is it out? 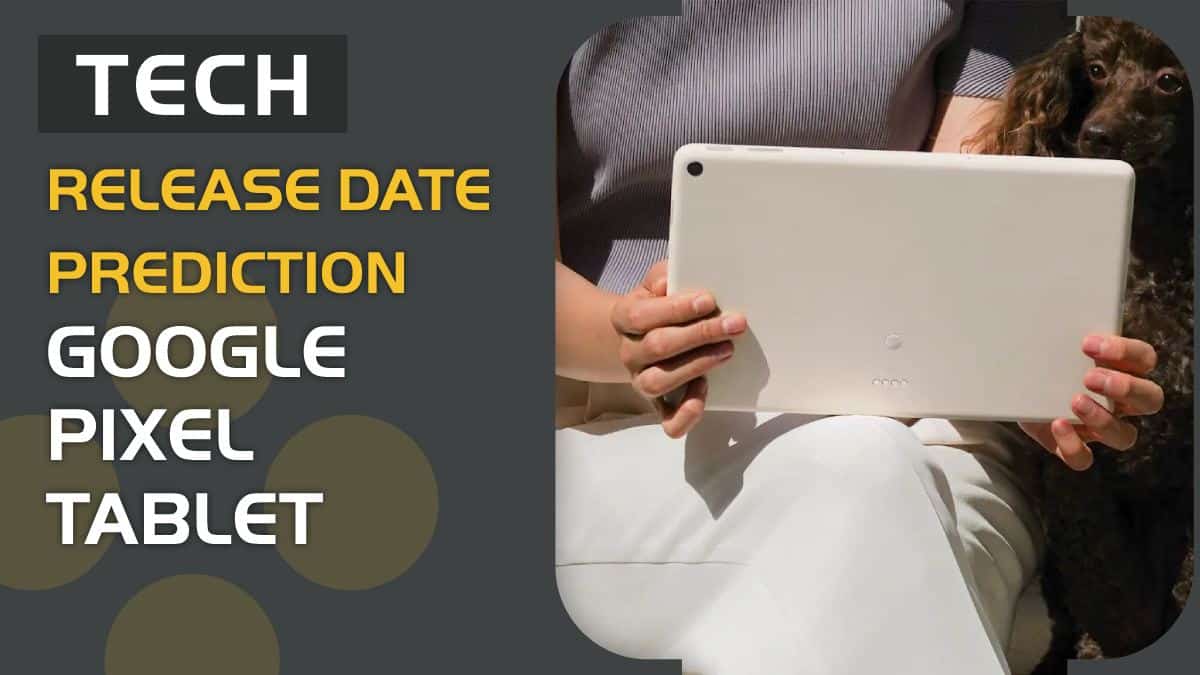 If you’re curious about the Google Pixel Tablet release date, you’ll want to check out our predictions now.

The Google Pixel Tablet was announced by the tech giants themselves at their Google I/O 2022 event – and while they launched the Pixel 7 and 7 Pro shortly after – their tablet is yet to receive confirmation on its release date just yet. This means that we’re only going to be able to make predictions on the release date based on the latest news we’ve heard so far.

It features the Tensor G2 processor that both the Pixel 7 and 7 Pro sport, though it looks to innovate how the tablet is used. The Pixel Tablet can be paired with a Charging Speaker Dock which – with Google Assistant – would allow the Tablet to replicate the utility that a Google Nest might offer.

Their upcoming tablet looks extremely impressive, so when do we predict the Google Pixel Tablet release date will be?

The Google Pixel Tablet is ‘available to purchase in 2023,’ according to the Google website. We have yet to receive anymore information indicating a specific date or time-period, though it could be likely that it releases alongside the Google Pixel 7a, which we suspect is launching in late Summer 2023.

Google I/O will hopefully take place in May 2023, and it’s unlikely that they’ll release the tablet before then. Similar to the Pixel 7, the event will surely shake up some excitement for their new device.

This is in line with what Rick Osterloh (VP) has stated at 2022’s Google I/O event: ‘[they’re] aiming to make it available next year.’ This event occurred before any official confirmation from Google that it would release in 2023 – so it’s good to know they’re on track with the production of this tablet.

Google haven’t released a tablet since 2018 so they’ve had quite a lot of time to get this one right, which actually fills us with a lot of hope.

We’re going to be keeping an eye out for any future updates on the Google Pixel Tablet release date, though in the meantime you might be interested in reading about the Samsung Galaxy Book 3 pre order bonus.